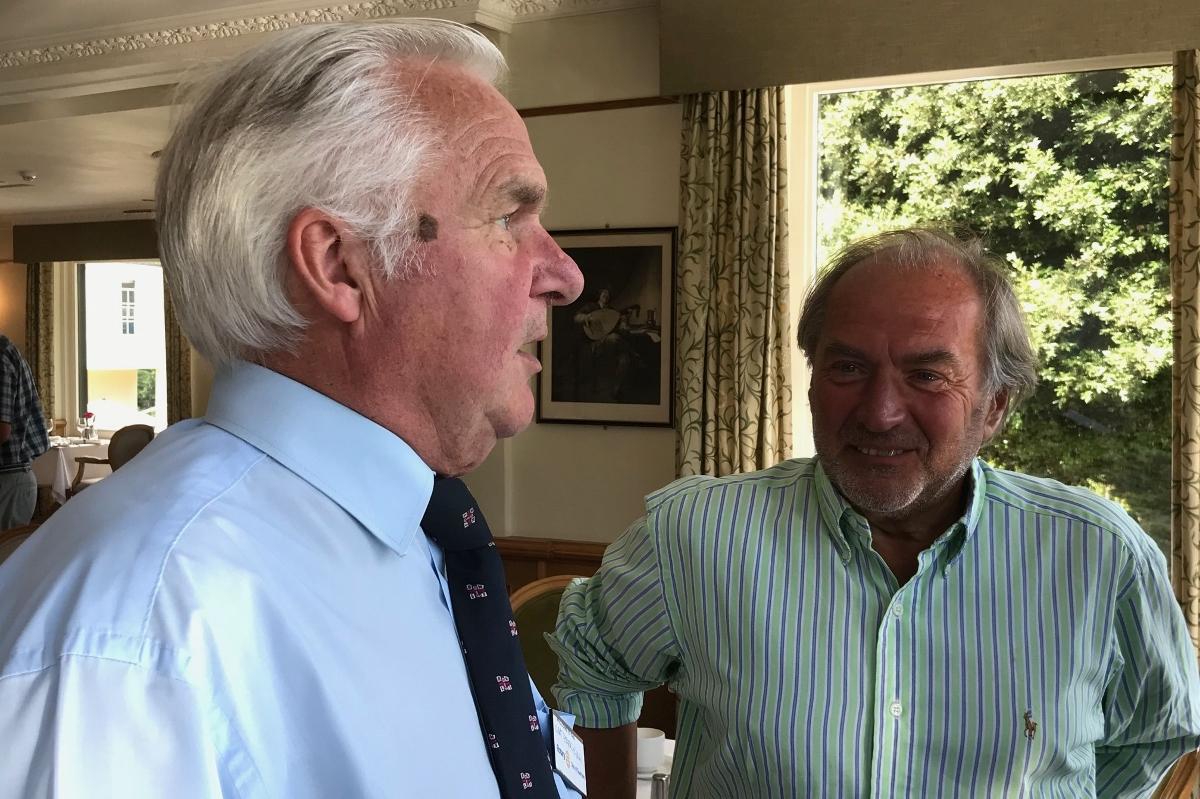 Peter Gill will be well known to members.

Peter returned to Guernsey after a career at sea and ashore with a major oil company. He held senior posts in Brunei and South Africa. His final position was head of Port and Terminal projects with responsibility for skill pool, placements and career progression for Master Mariners.

In 2005 he was appointed Harbourmaster at St Peter Port and Registrar of British Ships. This position also included responsibility for maritime search and rescue. He retired at the end of 2013.

He is currently the RNLI Lifeboat Operations Manager & Press Officer.

Captain Peter Gill spoke to a full house at the lunchtime talk on Wednesday 1st August.

Captain Gill provided us with a unique insight into his role as Lifeboat Operations Manager and Press Officer and the challenges this role provides.

It was both very informative as well as being amusing.  Gordon Wilson (also in the picture) introduced our speaker.