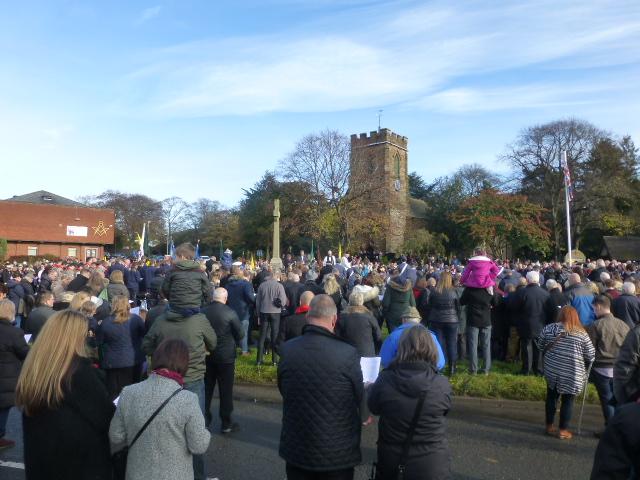 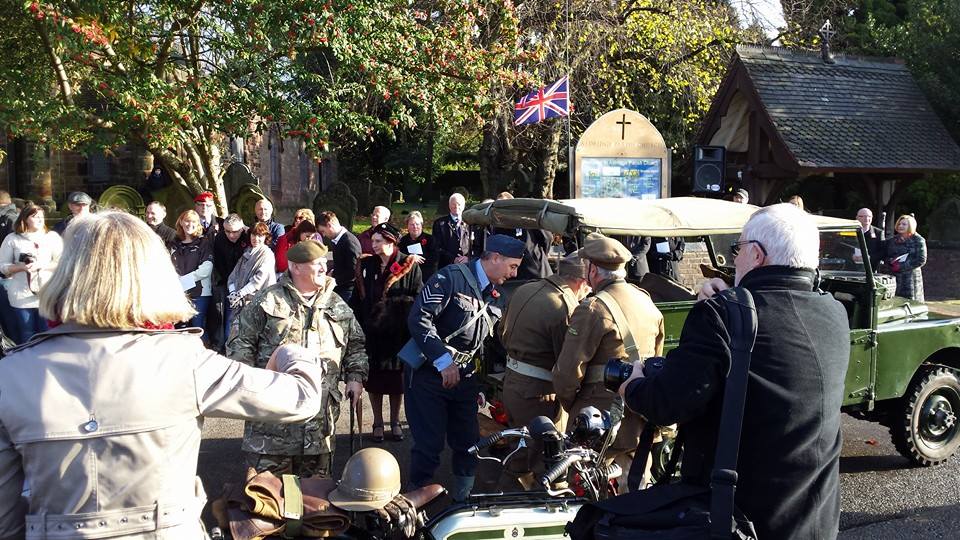 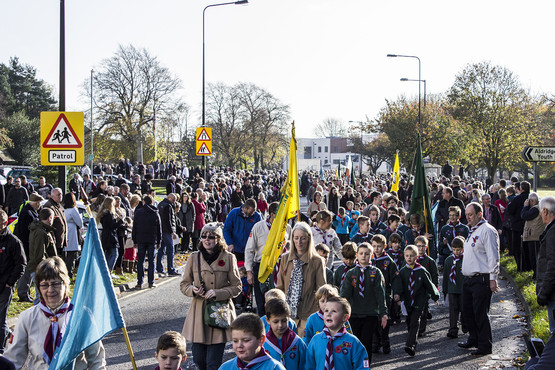 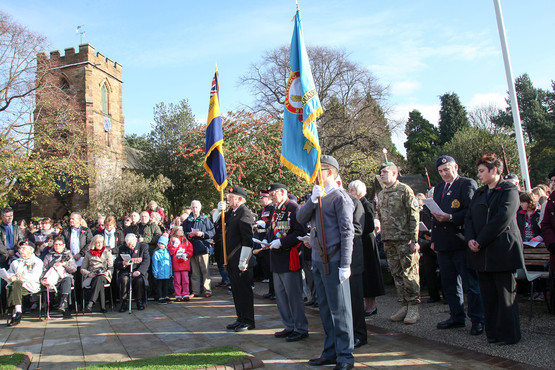 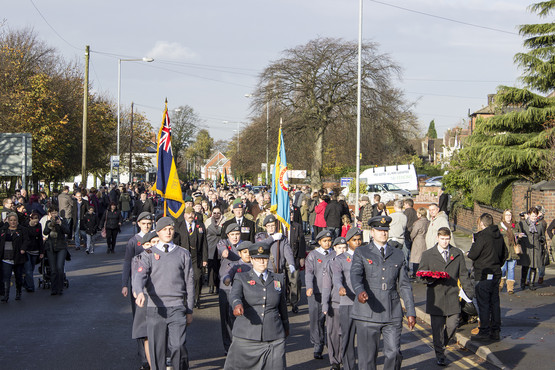 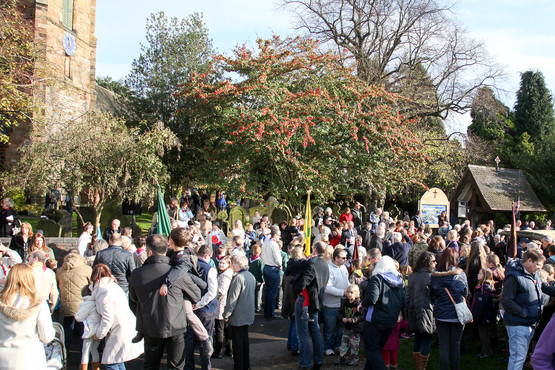 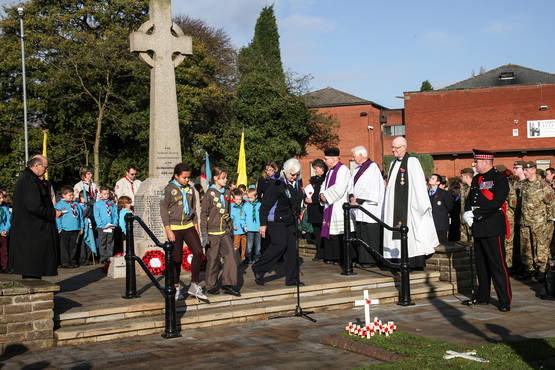 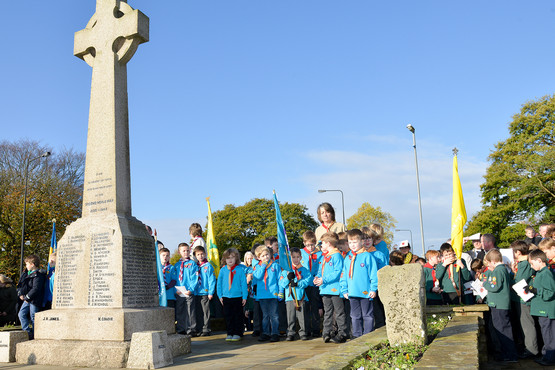 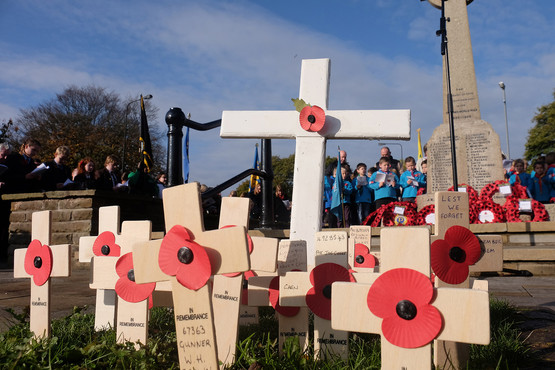 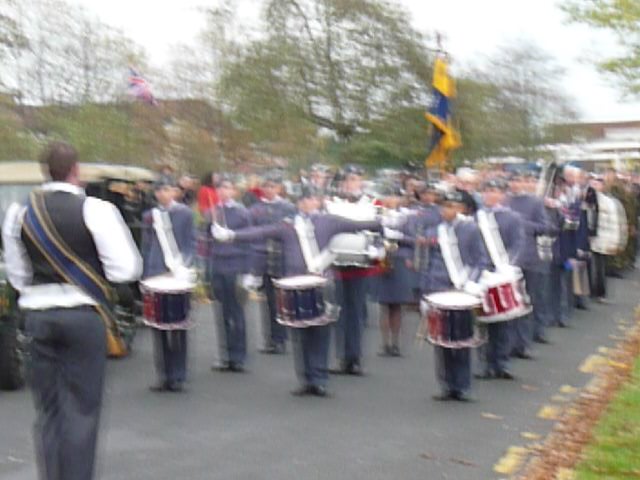 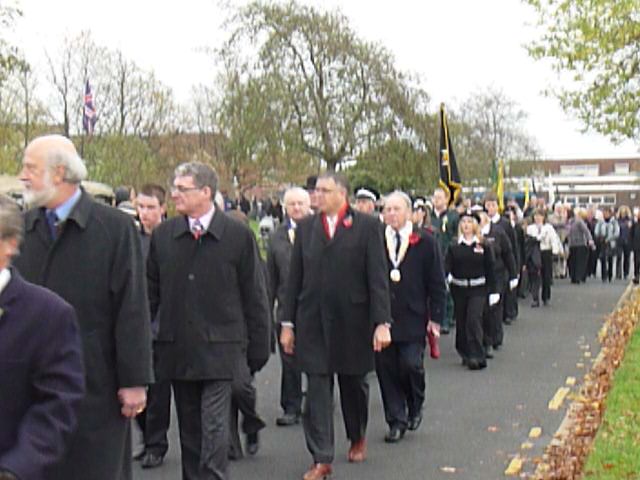 Aldridge is privileged to have an active branch of the Royal British Legion, led by President David Partridge MBE. The branch was formed and, for many years, sustained by Veterans of WW2.

The Rotary Club of Aldridge, together with other local community groups has been proud to be included in the annual Parade and Homage, laying wreaths in thanks for the sacrifices made by our armed forces and for the ultimate sacrifice made for us by members of Aldridge Community, at our War Memorial.

Working with the British Legion, over the past 8 years, our club has provided resources to prepare for and organise the Annual Remembrance Parade and Service, liaising with our Churches, the Police and Walsall Council, ensuring that our Youth groups, Civic representatives and our public are able pay their Annual Homage. When the Council and Police withdrew their support for the Parade, fund-raising initiatives were undertaken and a new Aldridge Remembrance Parade and Service Group was formed and, over the past 2 years, over £11,000 has been raised to ensure that this would not end.

This new group involves British Legion, the Rotary Club, our local Councillors and members of the public.

Following ongoing lobbying, when the Walsall Council political leadership changed, the Council have undertaken to fund essential traffic Management, but the Parade and Service organisation remains with this Community group. 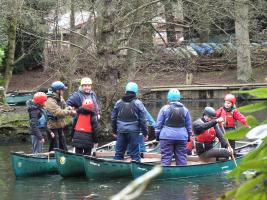 We gave 3 local schools the opportunity to send some pupils each with a parent to take part in a day of challenging activities. 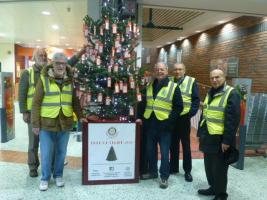 The Tree of Light stands in the Morrisons' store in Aldridge. Lights on the tree can be sponsored to remember our loved ones at this special time of the year. This is a major fundraiser for the club and helps us to support many projects. 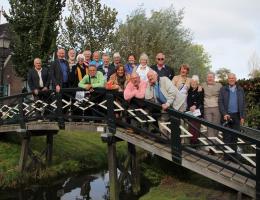 Its not all about fundraising and service. An important part of Rotary is socialising and in Aldridge we organise lots of weekends away and trips out. 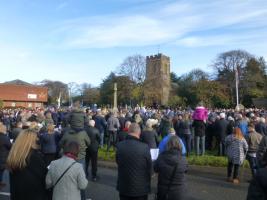 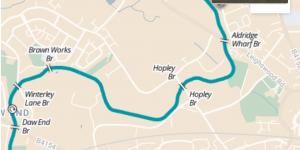 We have adopted a section of the Canal around Aldridge and are working with the community to keep it tidy and well maintained for all leisure users.

Some photograph's of The Aldridge Garden of Reflection. 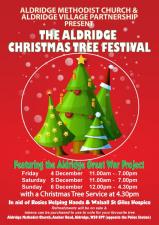 My Rotary - As the first female member in Aldridge 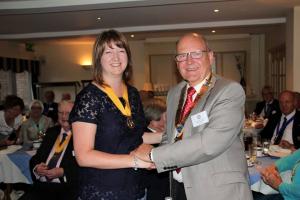 I joined the club in 2012 as the first female member, I was worried about what it would be like but I was warmly welcomed and know I made the right decision. 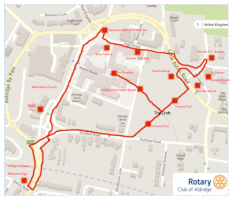 A walk of around 1.3 miles routed around the village to pass benches where you may choose to rest a while.

Are you interested in joining The Rotary Club of Aldridge? If the answer is yes, please use the email link below and we will get back in touch with you shortly.

My Rotary - I didn't think that I could afford it. 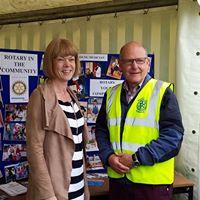 Rotary is cheaper than you think from just over £10 a month you can be a member with access to all sorts of projects and events.

Two of our members are undertaking a virtual walk from Land’s End to John O’Groats (874 miles). They are walking locally every day to accumulate the total miles involved. 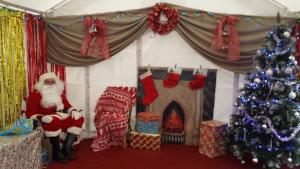 The Advent Adventure kicks off the Christmas fundraising period for the Rotary Club. 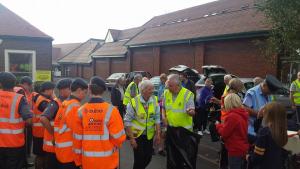 The Rotary Club of Aldridge gets involved in lots of local projects in Aldridge. Wherever possible we work with other local groups to make improvements in Aldridge. 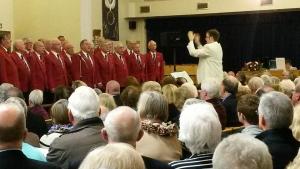 A concert held at the Methodist church in Aldridge in aid of the Poppy Appeal. 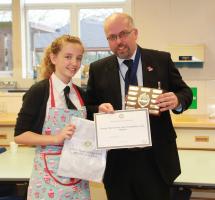 The Club works with local schools and youth groups in many ways. We run several Rotary competitions at a local, district & national level but these can be adapted in any way to suit the needs of the group.

Show your pooch to thousands of people in the community and help to raise money for charity. Upload a photograph of your dog, choose a category to enter and make a minimum donation of £2 for charity. 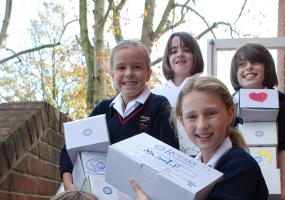 The Rotary Shoebox Scheme has been running since 1994. https://www.rotaryshoebox.org/about-us/ Each year the scheme sends around 50,000 boxes or gifts to countries in Eastern Europe. Gifts are sent throughout the year to orphanages, homes and hospitals. 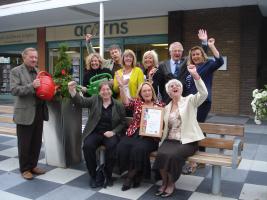 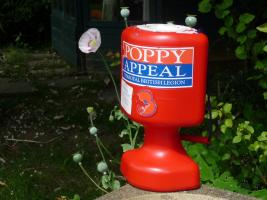 Working with the Royal British Legion in Aldridge to ensure poppy cans are distributed and that there are plenty of volunteers to collect.

My Rotary - Fitting it in around work 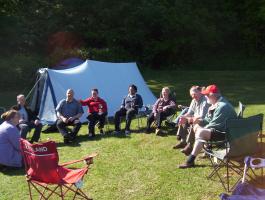 We all only have so much time to give but being part of Rotary is an enjoyable way to spend my downtime. 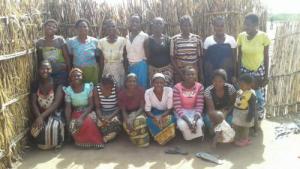 Nearly 8 million people live on less than $1.90 a day. Rotary members are passionate about providing sustainable solutions to poverty.

Come along and join us.