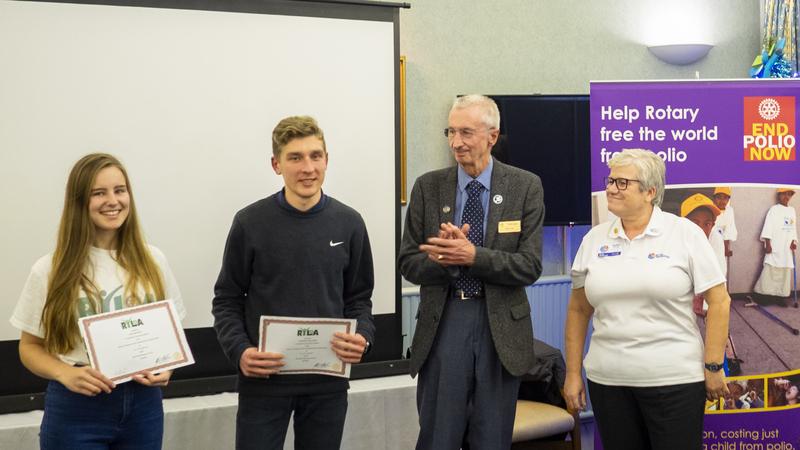 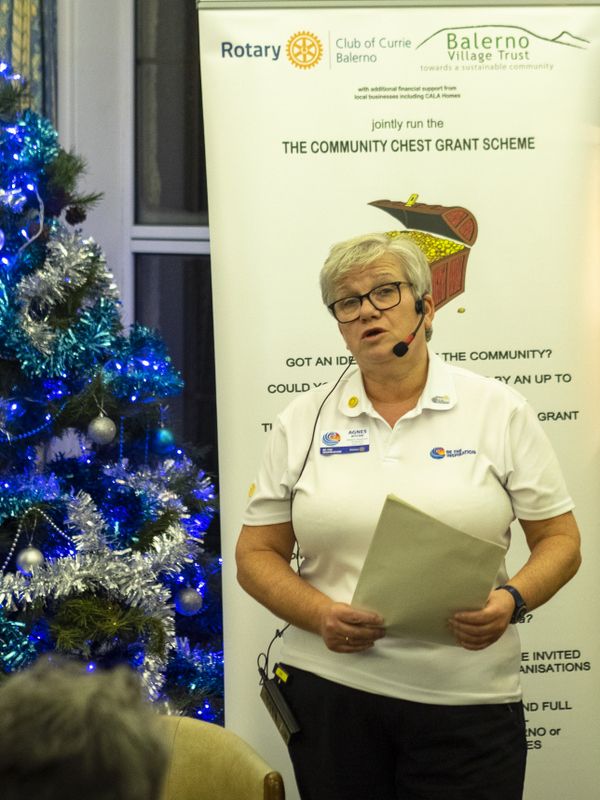 Previous Next
thumbnail view
Ava and Antoni both gave excellent illustrated presentations on the background and experiences they both felt they had benefitted from by attending the RYLA camps this year.

Ava explained she was a quiet person and lacked confidence, particularly in meeting new people, and was very enthusiastic about how the various team and personal challenges, including team leading, had helped her.  Indeed she described the whole process as being “life changing” as she now had confidence and had learned some leadership skills, which she now intended to use to good effect as she has been accepted into a Vine Trust team going to Tanzania in 2020.

Antoni said he had been a little sceptical regarding the value of RYLA, but had attended the camp on the advice of his PSE guidance teacher.

He had really enjoyed the indoor and outdoor activities so much that it had overcome his fear of heights; given him the skills to participate in team activities and leadership roles, returning home with a new set of social skills.  He would now recommend RYLA as a fantastic opportunity to his peers!

DG Agnes Ritchie, who had attended the RYLA camps this year, then presented certificates to the two Currie and Balerno sponsored students.

Agnes thanked the club for inviting her and began by comparing the “Service” aspect of Rotary to the “Service” aspect of her normal full time job as Associate Nurse Director in NHS Lothian.
She went on to describe the events and in some cases, emotional presentations she had had the privilege of hearing during her time spent at the Rotary conference for new DG’s in San Diego, and that it was a great honour and privilege to later receive the District Governor's chain at the Handover Dinner in Bathgate.
She explained that the Rotary International President Barry Rassin had chosen 'Be the inspiration' as his theme for 2018-19, and urged Rotary members to “strive to do more, to be more, to create something that will live beyond each of us, to work for a sustainable future and to inspire each other and the community at large.”  Rassin had also said, "Together, we see a world where people unite and take action to create lasting change — across the globe, in our communities, and in ourselves.”
Ii conclusion, Agnes challenged our club to be “inspirational” – but at the same time, to have some fun!