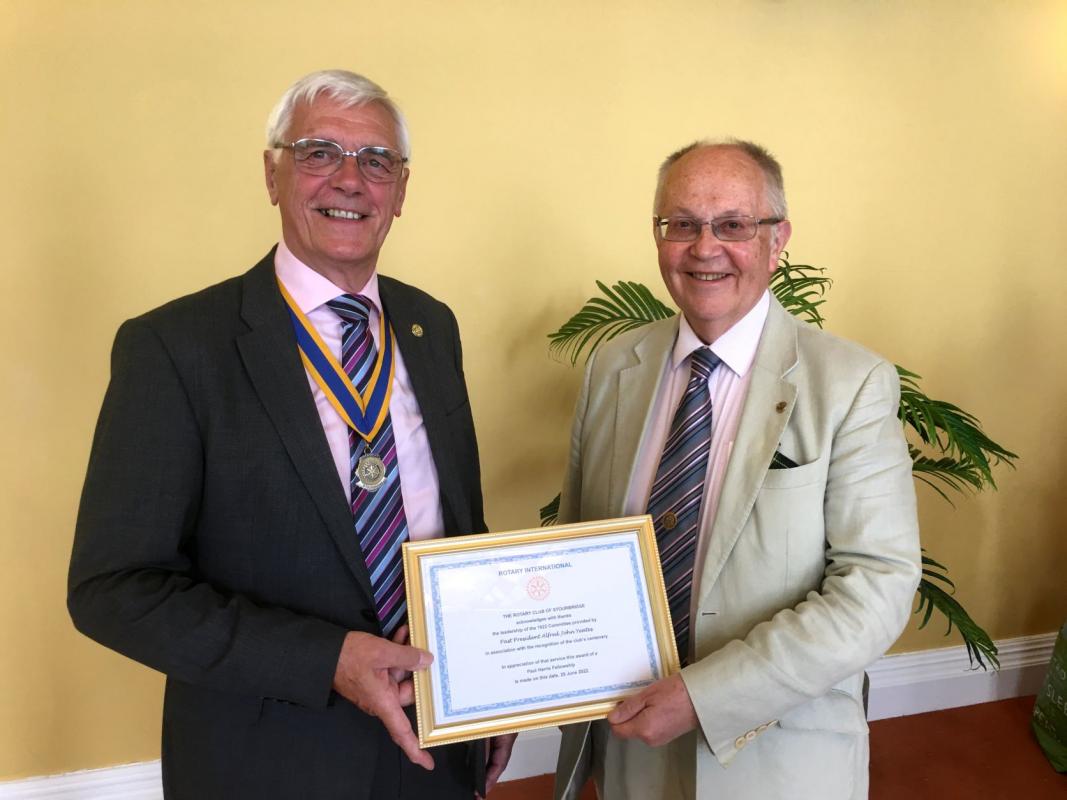 In sharing his Valedictory address retiring President Tony Tatford paid tribute to the actions of the club as it drew to a conclusion a year in which the club’s past 100 years had been celebrated.  At the heart of the celebrations had been the club’s associations with and support for its local town and population in a year that saw important assistance provided to many good causes.

Past President, John Yeates, who led a committee that had, during the past ten years, prepared for and organised events to commemorate the club’s centenary was acknowledged for his work with the award of a Paul Harris Fellowship.  John is shown (right) receiving the award from the retiring President, Tony Tatford.

A group of Rotarians assisted with the parade from Stourbridge Golf Club to the Hospice.

The passing of our beloved Queen

Over forty donations to charity, totalling £21,000 were made to local, national and international charities in the year 2019-2020 by the Rotary Club of Stourbridge. 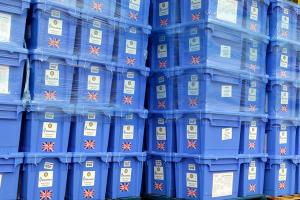 Following a visit by Club members to the headquarters of Aquabox the Club has made a donation of £300 to support the work of this charity in supplying clean water to those in great need.

President Julia presents a cheque for £1200 pounds to Project Gambia to help finance the construction of a toilet block at a school in Gambia. . The photo shows trustee Veronica Bridgewater , Rotary Pres. Julia, and Bev Holt C/E Project Gambia. 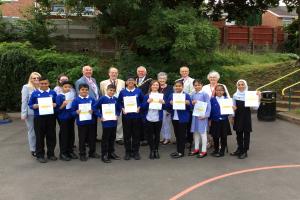 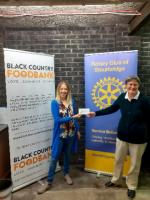 On 30th September 2020, Julia Savage President of the Club presented a cheque for £1000 to the Black Country Foodbank. 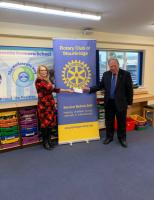 Presentation of cheque to Wollescote school

Rotary Club of Stourbridge has a policy of giving appropriate aid to international projects where an emergency or disaster has occurred.

Donation to support children in Zambia during Covid Pandemic

The Rotary Club of Stourbridge, supported by a Rotary District grant has provided funding to help feed children in vulnerable families in Zambia through Stourbridge -based charity Umunandi.

On 10th August 2020 almost 30 members and friends went for a socially-distanced walk in Comer Woods.

A part of the Clubs 100 "Centenary Challenges"

View the latest edition of the Club Bulletin

In the Local Community

Pages for each Committee of Rotary Club of Stourbridge

Events for the Members of the Rotary Club of Stourbridge

Our Twin Club in Sturbridge, Massachusetts - Gifts Received and Given 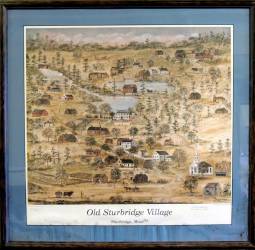 History of the Rotary Club of Stourbridge 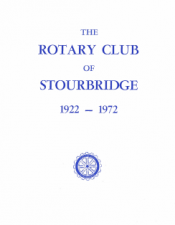 All copies of the Club Bulletin