District Governor Peter Berry's Charity for this year is Polio. During the month of April is your chance to support him. The key date is 14th April for your donation, on this date if we get the most donations we get a prize. 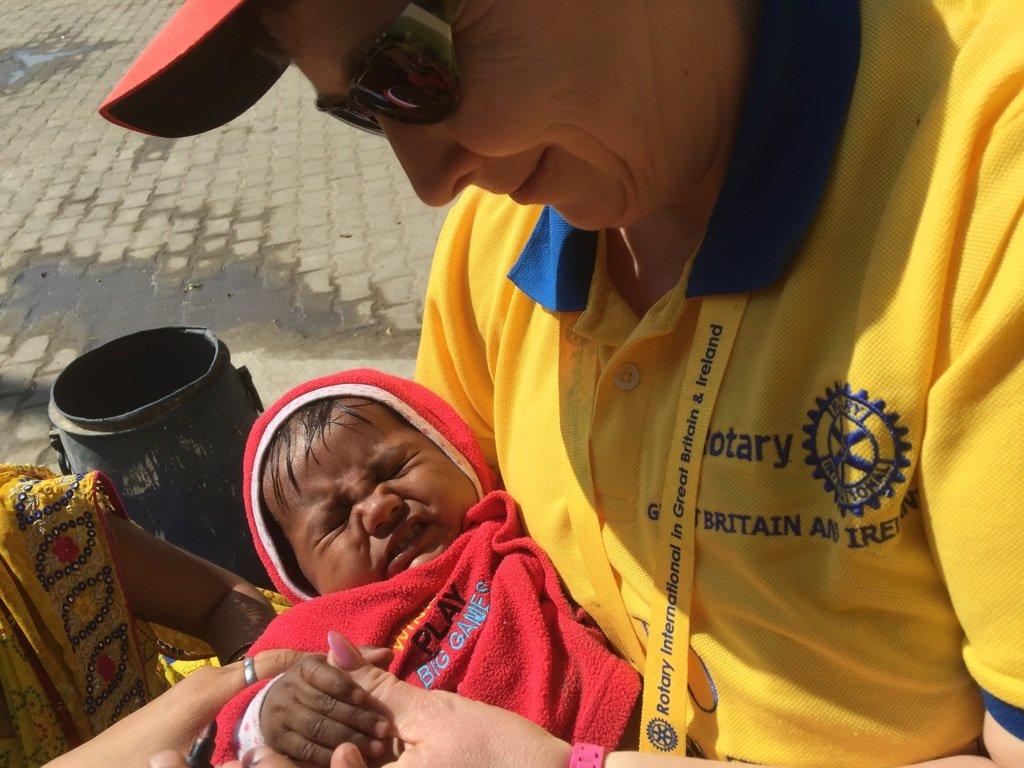 Many organisations helped push the eradication resolution through the World Health Assembly, but the one you wouldn’t expect is Rotary International. Rotary is a service organization with 1.2 million members in almost every country in the world, including more than 40,000 in Great Britain and Ireland.

Other partners include the Centres for Disease Control, UNICEF, and the World Health Organization. We rely on them to excel at their jobs. But that is not enough. We also need people whose jobs have nothing to do with the health of poor people to act. That is public will.”

The eradicate Polio is a massive international project involving Rotarians throughout the world and involves Bill Gates, Rotarian and Head of Microsoft, who has contributed millions of Dollars.

more An update on Rotary's effort to rid the World of this dreadful illness.

more An update on Rotary International's effort to rid the world of Polio.