On Monday 27 June, the Club entertained Maureen Bane MBE (Friends of Deal Hospital) and President Gillian Heath (Inner Wheel Club of Deal) on the occasion of a presntation of a cheque for £1000, raised during the recent sponsored walk (Deal Angling Club to Walmer Castle and return, which took place on 12 June.

Maureen thanked the joint Clubs for their generosity and gave details of what the money raised will be used for. 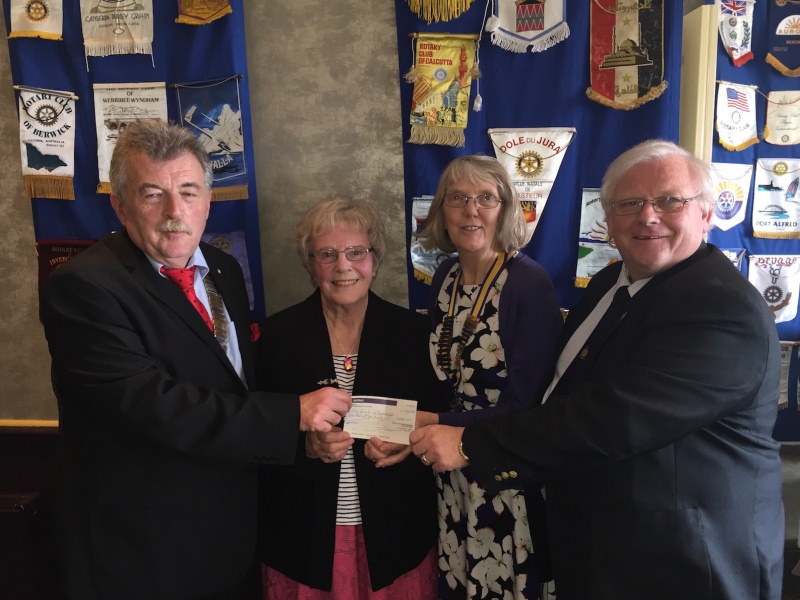 Presentation of a cheque for £1000 to Maureen Bane MBE (Friends of Deal Hospital) being made jointly by President Paul Robbins, President of The Inner Wheel Club of Deal, Gillian Heath and Immediate Past President Ian Dunkerley