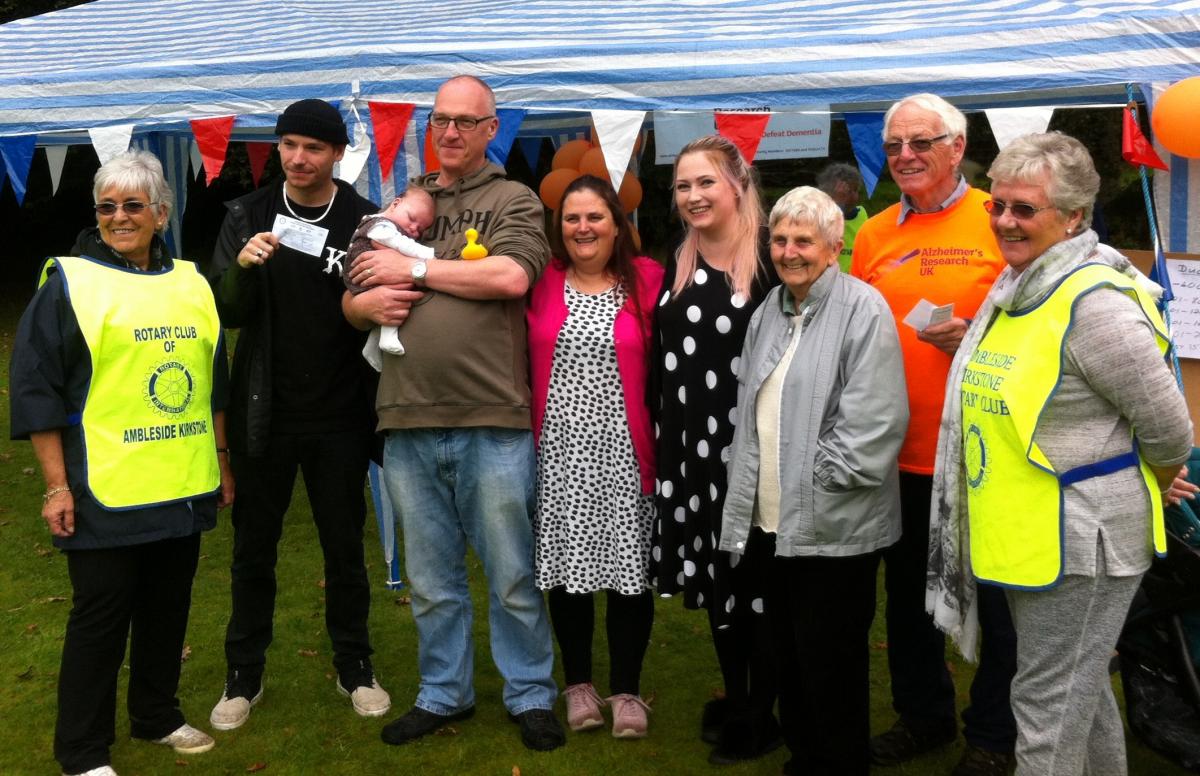 Four Generations of one family celebrated winning the 2017 Duck Race in aid of ARUK. 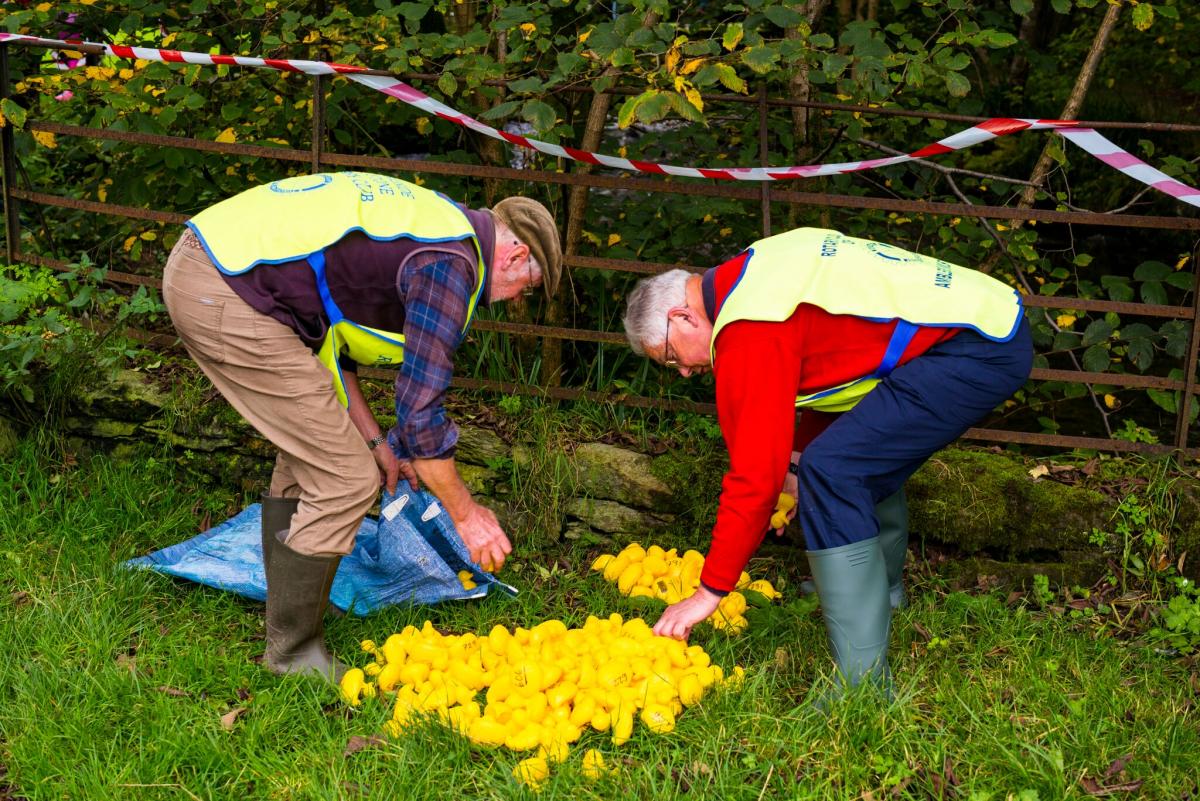 Duck number 358 where are you 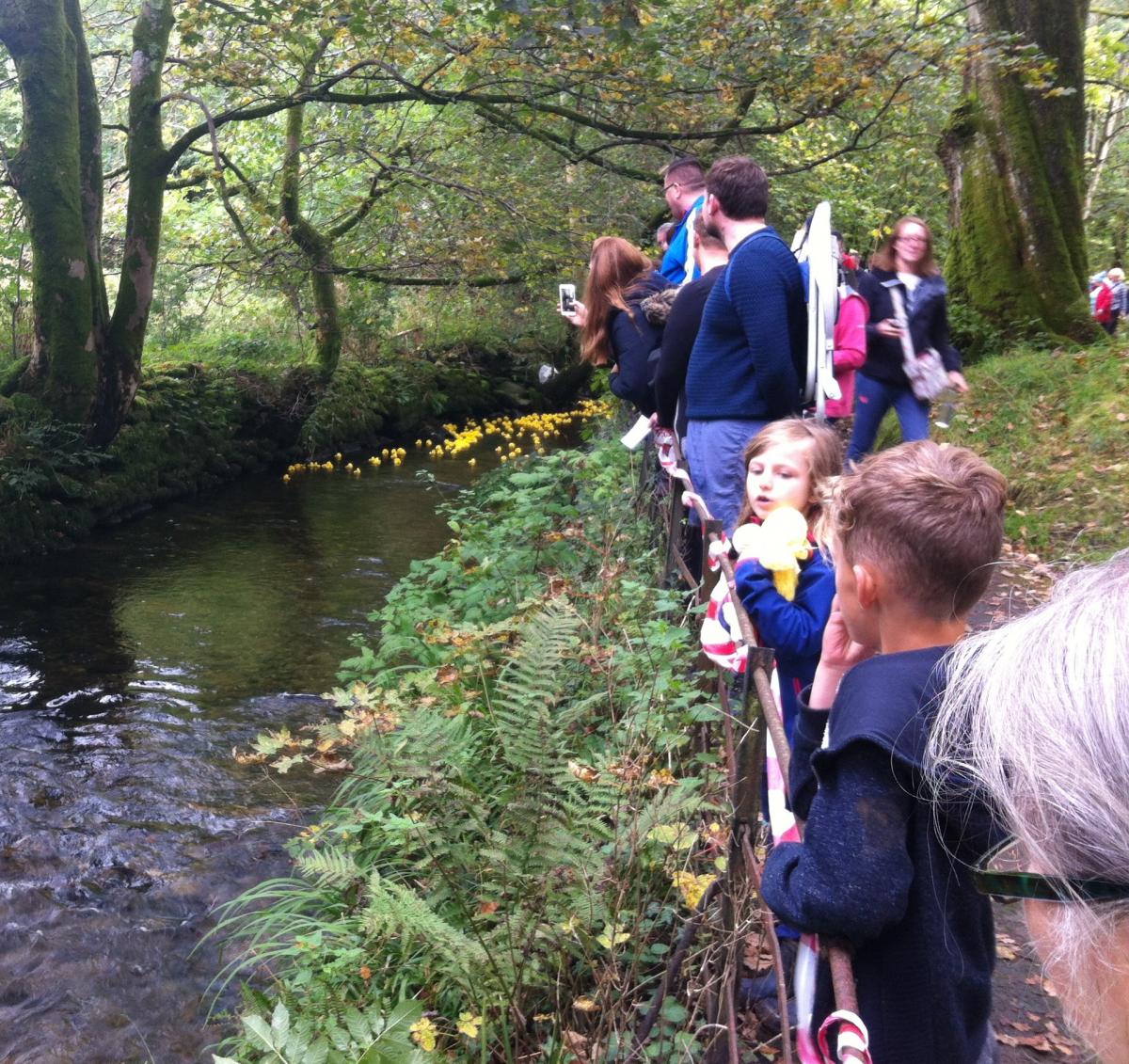 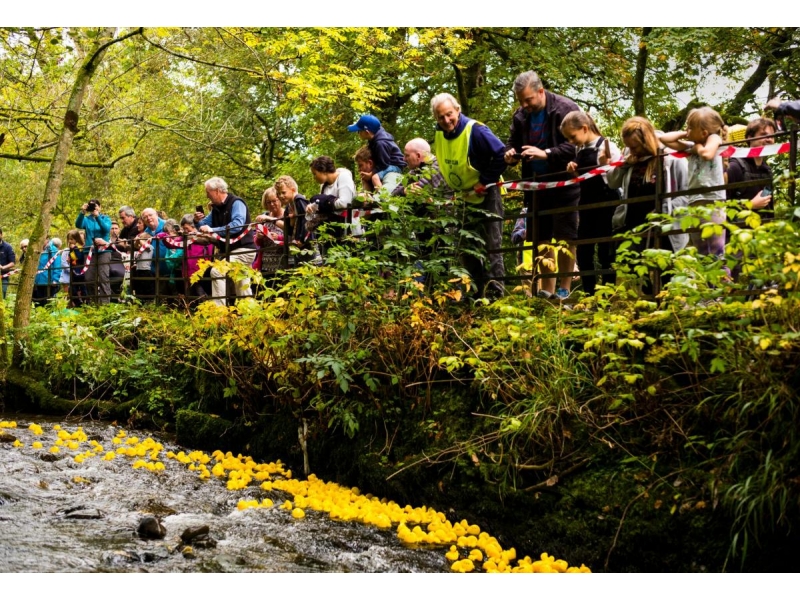 Another 400 ducks round the bend 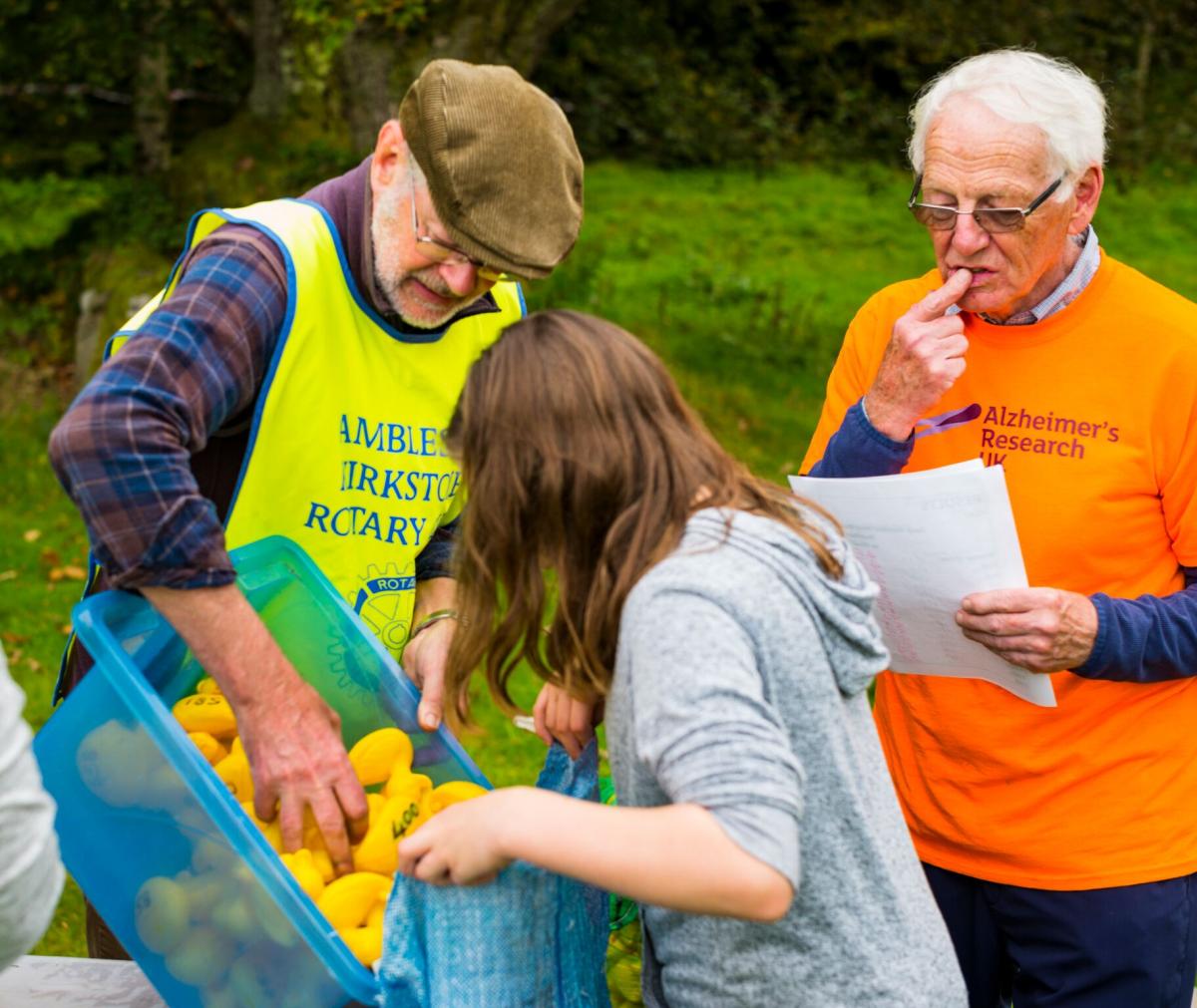 Colin wonders if his maths are right 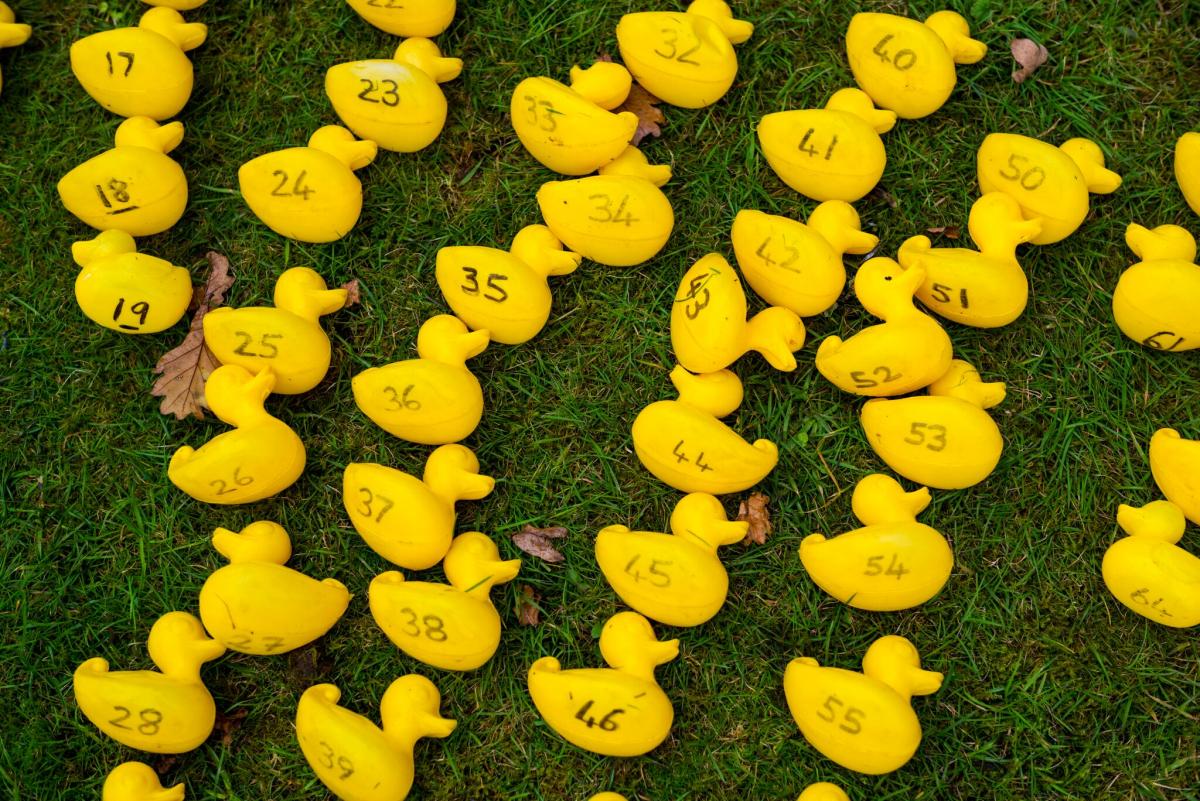 Ready for the final heat 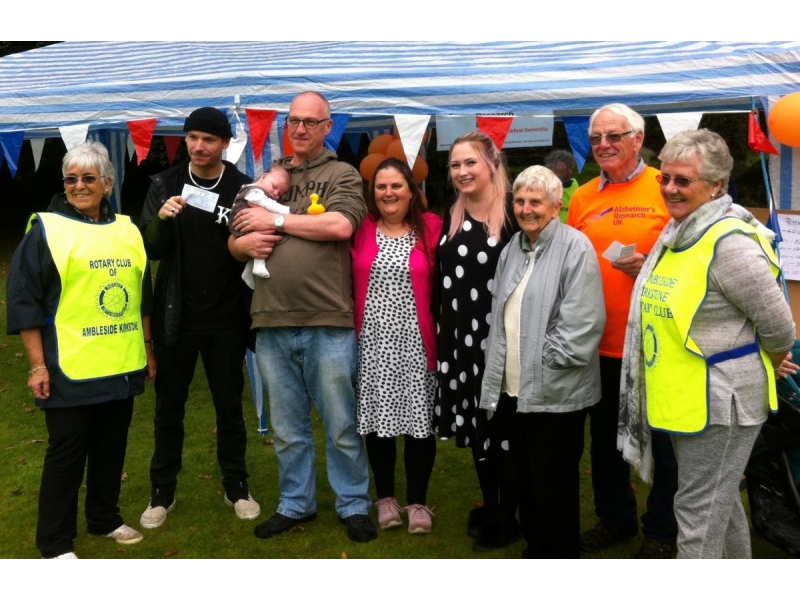 Penny takes it all in her stride Will, Colin & Mike are in need of a drink - or two

This year’s Duck Race, once again in aid of Alzheimer’s Research UK as part of the Festival of the Fells was a huge success with over 1700 ducks sold to race through the water of Rothay Park.

Heat winners received £20 and the Grand Final of 65 ducks resulted in a winning prize of £200, kindly donated by Cumberland Building Society, being won by Kieran McDonnell.

His prize was made even more special as 4 generations of his family were at the park watching the race.

The total raised for ARUK is in the region of £1750 – an amazing result.