As well as club members, their partners, family and friends, we were joined by the Deputy Mayor of Croydon, Councillor Humayun Kabir, members of the Croydon Soroptimist Club, members from Inner Wheel Croydon, and fellow Rotarians from local clubs. A total of 72 generous attendees. Part of the generation that could see the end of polio once and forever.

Our guest speaker was Mukesh Mulhotra, member of Rotary Club Hounslow. Mukesh is co-founder of the World’s Greatest Meal (WGM) along with his long-time friend, Susanne Rea. He spoke about his time in Rotary and how the idea of the WGM came about and how successful it has been and has grown into a worldwide fundraiser.

Poliomyelitis (polio) is a paralyzing and potentially fatal disease that still threatens children in some parts of the world. It can strike at any age but mainly affects children under five. Polio is incurable, but completely vaccine preventable.

In 1985, Rotary launched its PolioPlus program, the first initiative to tackle global polio eradication through the mass vaccination of children. Rotary has contributed more than $1.7 billion and countless volunteer hours to immunize more than 2.5 billion children in 122 countries. In addition, Rotary’s advocacy efforts have played a role in decisions by donor governments to contribute more than $7.2 billion to the effort.

The Global Polio Eradication Initiative, formed in 1988, is a public private partnership that includes Rotary, the WHO, the US Centers for Disease Control and Prevention, UNICEF, the Bill & Melinda Gates Foundation, and governments of the world. Rotary’s focus is advocacy, fundraising, volunteer recruitment and awareness building.

Today, there are only three countries that have never stopped transmission of the wild poliovirus: Afghanistan, Nigeria and Pakistan. Just 37 polio cases were confirmed worldwide in 2016, which is a reduction of more than 99.9 percent since the 1980s, when the world saw about 1,000 cases per day.

The polio cases represented by the remaining one percent are the most difficult to prevent, due to factors including geographical isolation, poor public infrastructure, armed conflict and cultural barriers. Until polio is eradicated, all countries remain at risk of outbreaks.

Rotary will raise $50 million per year over the next three years, with every dollar to be matched with two additional dollars from the Bill & Melinda Gates Foundation. These funds help to provide much needed operational support, medical personnel, laboratory equipment, and educational materials for health workers and parents. Governments, corporations and private individuals all play a crucial role in funding.

More than one million Rotary members have donated their time and personal resources to end polio. Every year, hundreds of Rotary members work side-by-side with health workers to vaccinate children in polio affected countries. Rotary Members work with UNICEF and other partners to prepare and distribute mass communication tools to reach people in areas isolated by conflict, geography, or poverty. Rotary members also recruit fellow volunteers, assist with transporting the vaccine, and provide other logistical support.

We hope never to see scenes like this again 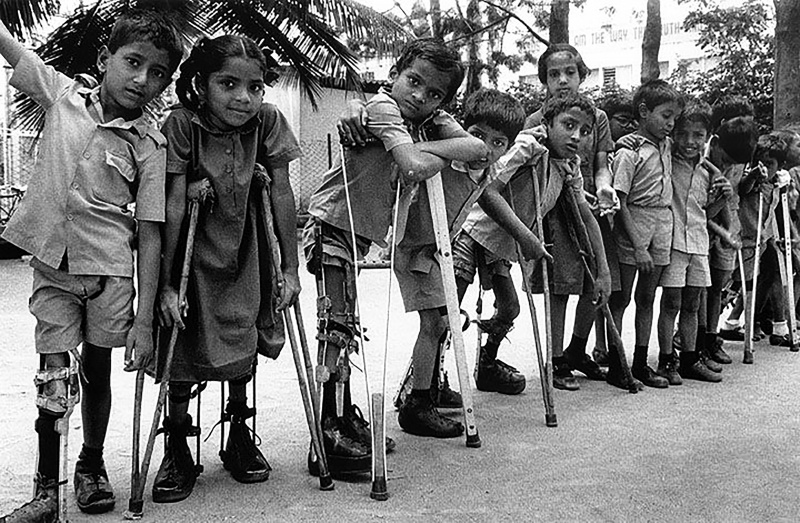 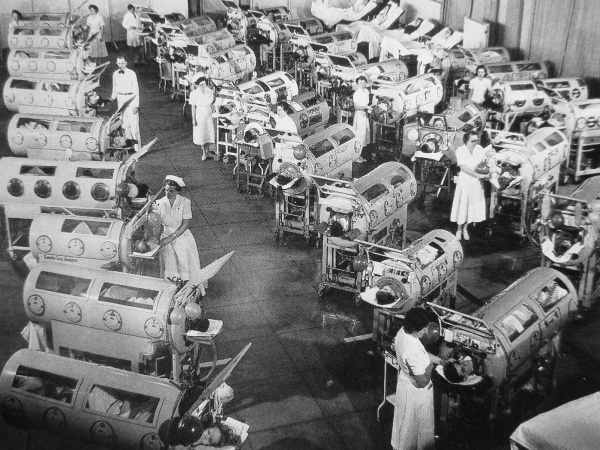 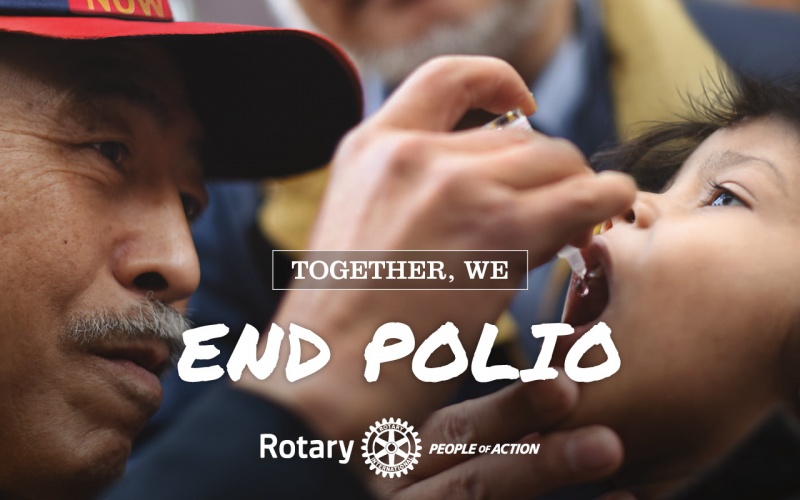 If you would like to make a donation to the End Polio Now Campaign,
please contact Stephen Kirkman, see below.