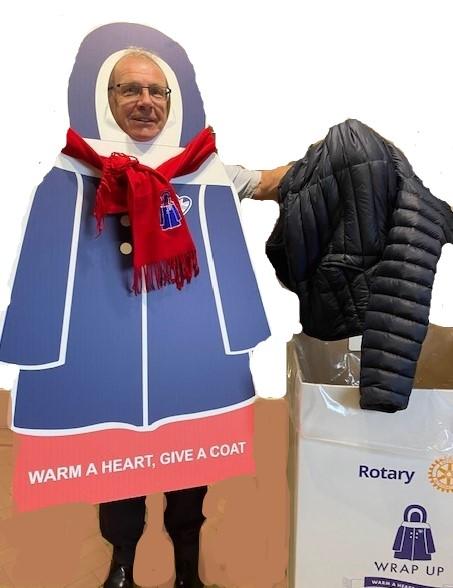 6 months into my role as Club President- and to say it has been an interesting time is an understatement!  But here at Preston South we’ve been doing our best to carry on both raising funds and supporting local and national charities.

As might be expected our fund raising has been massively curtailed but we did manage to run our annual Charity Golf Day and raised over £3,500.  As a new venture with Galloways Society for the Blind we held a Christmas Concert and raised over £1,000 split between us.  Similarly for Christmas we ran a Santa Sleigh event at Penwortham Market (special thanks to Penwortham Garage) and at Tesco’s Penwortham.  Both resulted in lots of fun with some £2,400 raised.

Apart from fund raising the Club took the lead with other Rotary Clubs on managing Wrap Up Lancashire in collecting warm winter coats for the homeless and those in need.  Another successful project with over 900 coats collected and distributed to local charities.  And we are still supporting the Salvation Army Food Bank in Preston with a monthly donation.

Well all that in my first 6 months and there’s more to come.  Early March we will be tree planting in Lostock Hall working with the Council and other local groups.  The Club has supported Lancashire Wildlife Trust by donating to plant additional trees at Mere Sands Wood.  Then in May we will be resurrecting our previously hugely successful Under 12’s Football Tournament for boys and girls.  Watch this space as we confirm a venue and arrangements.  On the theme of young people we will be looking at supporting 2 local pupils to go on an outward bound trip, as well as re-establishing our contacts with our partner local primary schools in Walton-le-Dale, Penwortham and Longton.

I’ll let you know how we are getting on in my next Update.  Thanks to everyone at the Club for their sterling efforts in getting us to where we are!

The Club supports the Salvation Army Food Crisis centre in Preston by making a monthly donation . The Corona virus has placed increased demands on the centre and the Club now is making a £200 monthly contribution.

For 2021 the Club took the lead role in managing Wrap Up Central Lancashire Initiative to collect warm winter coats.

Despite everything we made it and the Charity Golf Day was held on Sunday 8th August when some 36 teams competed bravely in not the best of weather and not to mention a gale for part of the day! Even so it was a good event raising some £3,500 for charity

Welcome! Come and Join Us ! 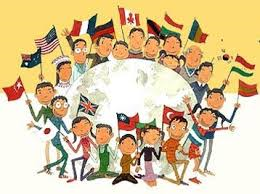