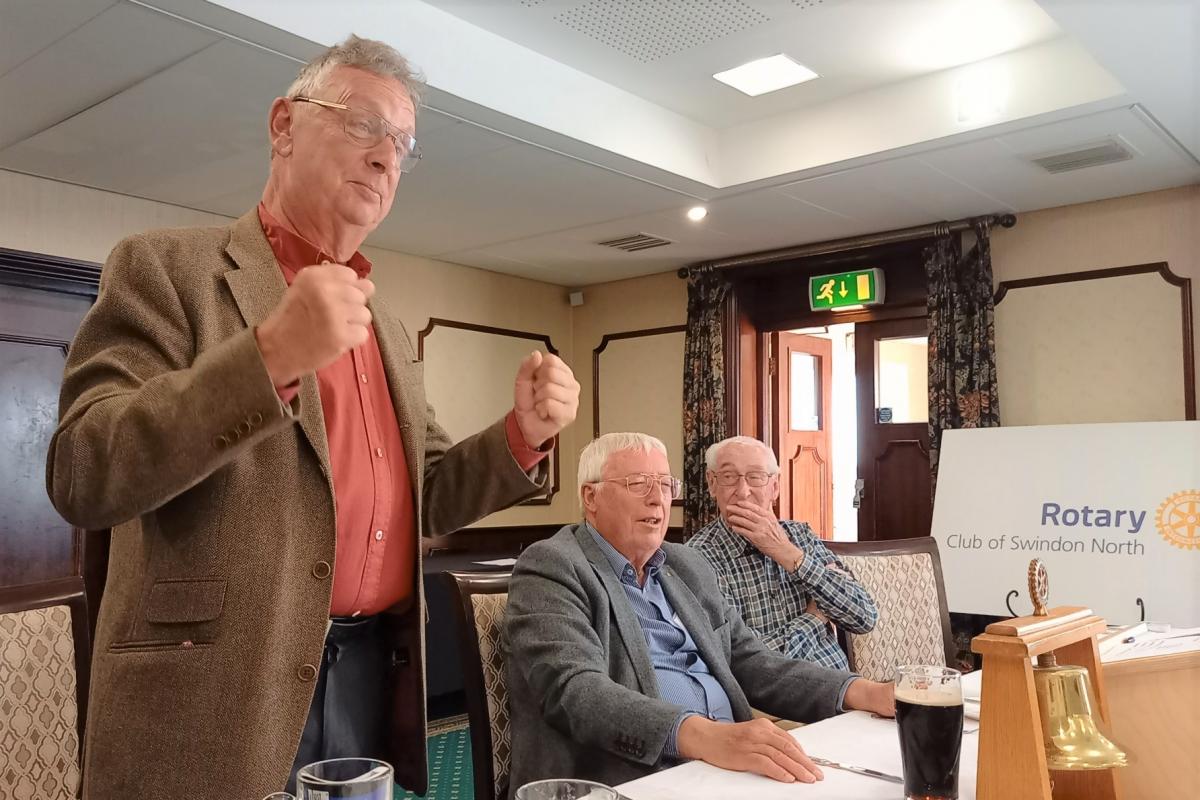 As a schoolboy Colin enjoyed chemistry lessons so when the careers master suggested he should be a chemical engineer it sounded good.  However at university he found out that chemical engineering is more about maths than it is about chemistry but nevertheless he gained a degree and joined a company on a graduate training scheme.

He was interested in production control and at that time computers were the coming thing. He found himself in a computer department with an ambition to introduce computers into production control.   He met the Production Director only to be told “you’re not bringing your [deleted] computers anywhere near my shop floor sonny”.

Colin joked: “This was the time when memory was something you lost with age, an application was for employment, a programme was a TV show, a cursor was someone who used profanities, a keyboard was a piano, a web was a spider's home, a virus was the flu, a hard drive was a long trip on the road and if you had a 3 inch floppy you just hoped nobody ever found out!”

Those early days were challenging.  For many years it was a case of receiving lots of scepticism when trying to convince people that it meant doing things differently rather than full on automation.  There were uncomfortable moments such as when several wage clerks were made redundant because of a new system of wages and production bonuses. That one got Colin blacklisted by the Union and its members were forbidden from cooperating with him or his team.   On the other hand some changes were pleasantly surprising, like the stock clerk who recorded all the steel in the stockyard in a ledger in copperplate handwriting.  He couldn’t wait to get to grips with the new technology.

But gradually the opposition eroded.  Today almost everyone has a smart phone which has a million times more memory than did those early computers which were the size of a wardrobe and had to be kept in an air conditioned suite of rooms.

To broaden his experience Colin became a consultant.  He worked in many different industries introducing new systems or replacing old ones.  Eventually, wanting less time on the road and more time with his family, he returned to his roots as an IT Manager and actually ended his working life at a major building society spending £500m to replace a first generation computerised system.

Colin is married to Barbara, a former teacher. They have two daughters; one has followed her mother into teaching and the other has inherited her father’s interest in chemistry and works for a pharmaceuticals company in Ireland.

Now retired he is looking forward to having more time to play golf and ride around the Country on his beloved motorcycle.   He said: “I like changing things so I am honoured to join Rotary where I hope to make a difference to people by putting Service above Self.”