Townsmen who have become Founding Members

Cupar is to have a Rotary Club. This decision was reached at a formation meeting held in the Masonic Hall Cupar last night.

After Mr Draffen had addressed the meeting, Mr John Taylor, seconded by Mr.W.C.Innes, moved that a Club be formed in Cupar and that a Provisional Committee of five be appointed to make the necessary preliminary arrangements and to report in about a month.

The resolution was unanimously adopted.

Dr. Kidd on behalf of the Dundee Club congratulated the signatories on the formation of the Club.

Cupar Rotary Club’s inaugural luncheon meeting yesterday in the Royal Hotel was attended by a representative company of close on 100. Rotarian William Risk, Glasgow,Chairman of the Scottish Council,who presided, was accompanied by the District Secretary and Rotarians were present from Arbroath,Cowdenbeath, Dunfermline, Dundee, Kirkcaldy, Perth, St Andrews and Stirling.

The Chairman said it was a pleasure for him to come all the way from Folkstone specially to preside at the opening of a new club which had been so enthusiastically formed. He would let headquarters know what a splendid beginning they had had by having all their committees formed before they had started.

President Brown then took the chair amid cheers. He said he would do his utmost to further Rotary in general and the interests of the new club in particular.

It had been reported that Cupar was one of the smallest towns in Great Britain in which a Rotary Club had been formed and if be so, the best they could do was to see to it that the utility and prosperity of this club was in inverse ratio to the size of the community. President Brown announced that the following wire had been sent to headquarters in London. "Ninety Four Rotarians assembled at inaugural meeting of Cupar Rotary Club send Greetings"

Rotarian Risk then outlined the history of Rotary. Rotarian Stirling Draffen congratulated the Club on its successful start. They would, he said get out of Rotary just as much as they put into it and not any more. George T.Watson of the Dundee Club said they would keep a watchful eye on the Cupar Club and they hoped to get quite a number of speakers for the Dundee Club out of Cupar. 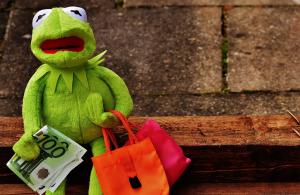