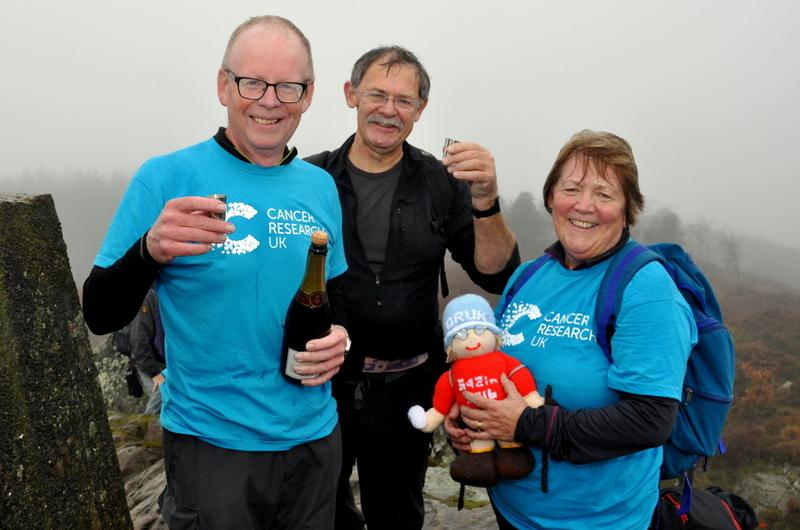 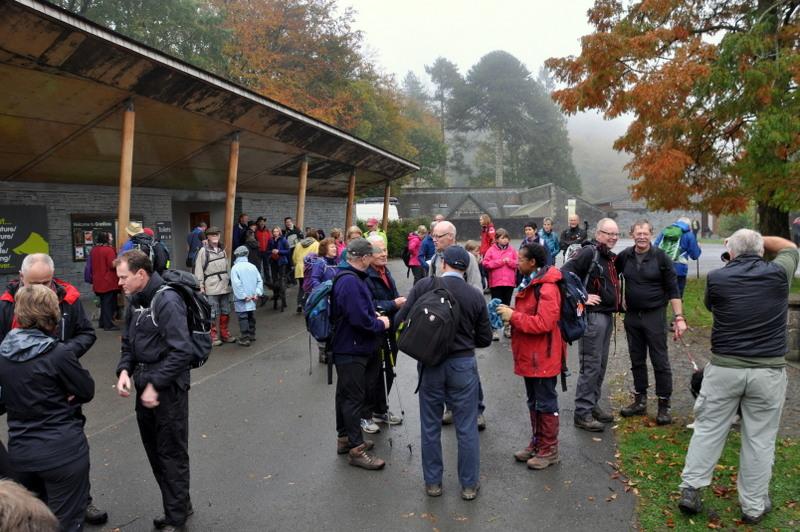 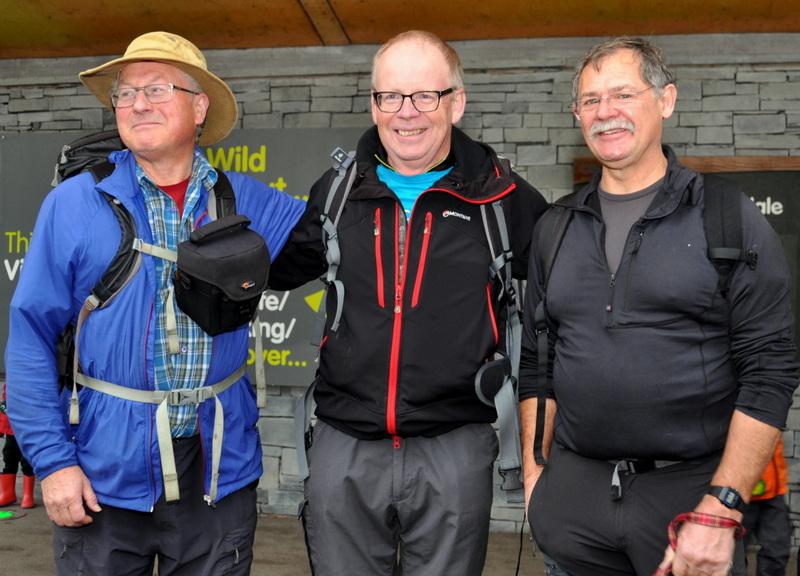 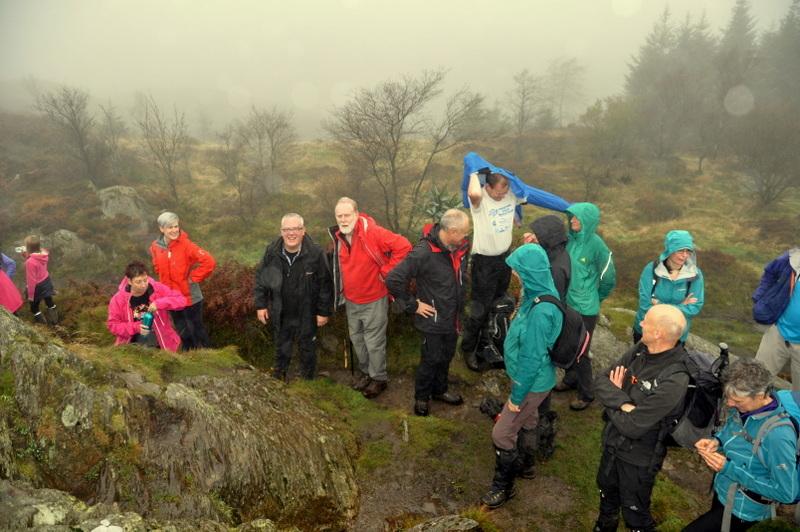 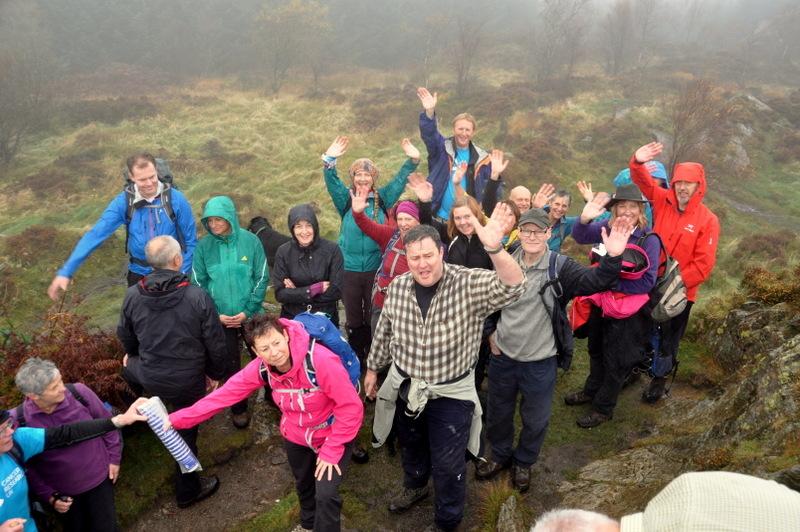 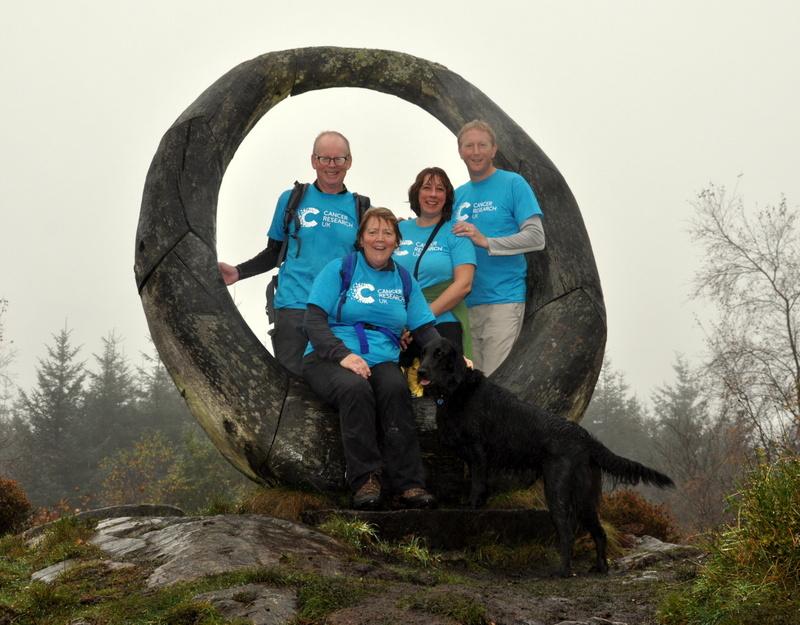 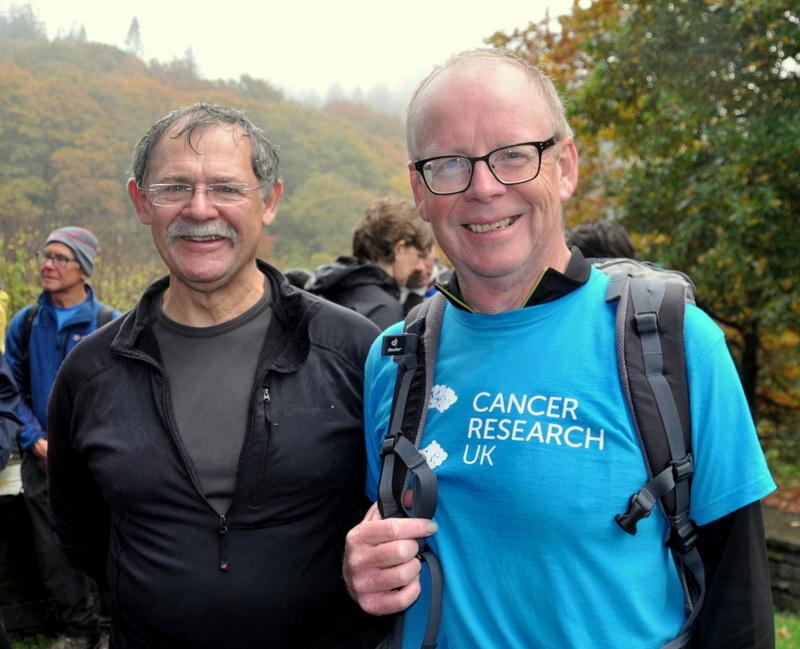 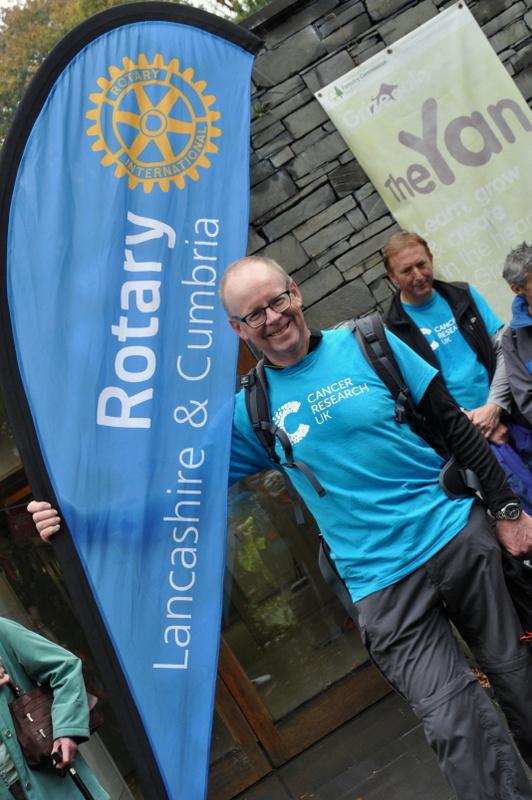 Members will no doubt have noticed the absence at most of this year’s meetings of Past President Bill Honeywell BEM PHF. It probably hasn’t escaped your attention that he’s been engaged on another of his ‘jaunts’, otherwise known as Challenges, in an attempt to raise funds for Cancer Research UK.

After 86 days spent on the Lake District fells, many of them alone (no comment required), Bill reached his 542nd and final summit Saturday, 29 October.  On this occasion he was anything but alone, as around 60 people including Rotarians (from Clitheroe, Ribblesdale, Church & Oswaldtwistle and Accrington), friends and family were there to enjoy the party atmosphere. There were even famous people among the walking party, including guide-book author Mark Richards and the man responsible the eponymous summits, Bill Birkett.

Although cloud and drizzle presided over the weather, it was mild and calm, and the party enjoyed the autumn colours and good conversation as they walked to the summit of Carron Crag, where David Evans produced a bottle of champagne and congratulations were made.

Back at the Grizedale Visitor centre we were joined by Miles & Lynda Leadbeater (and eventually rejoined by one or two Rotarians who’d taken a wrong turning on the way back!) – free refreshments were kindly provided courtesy of the Visitor Centre and Bill made a short speech, mainly thanking Val for her incredible patience.

For those of you who like statistics, since 14 January 2016 Bill has climbed 542 summits - including all the 214 ‘Wainwrights’ (for the second time); walked 750 miles; climbed almost 225,000’ (42 miles, or the equivalent of climbing Mt Everest from base camp 19 times) and would probably have worn out his boots if he hadn’t decided to alternate two pairs! He says he’s not prepared to discuss his fuel bill!

When Bill was asked what his next challenge was going to be, Val said “The Back Garden.”

Bill then added “I’d like to thank everyone for their tremendous support on this Challenge, the aim of which was to raise money for Cancer Research UK. So many people have pledged donations (which are now due!) and ALL further donations will be welcome – details of all the walks, and how to donate, are on my website at www.542in2016.org.uk.”