were held on the River Windrush at Cogges in Witney with Competitors, young and old, cheering on their pooh-stick. 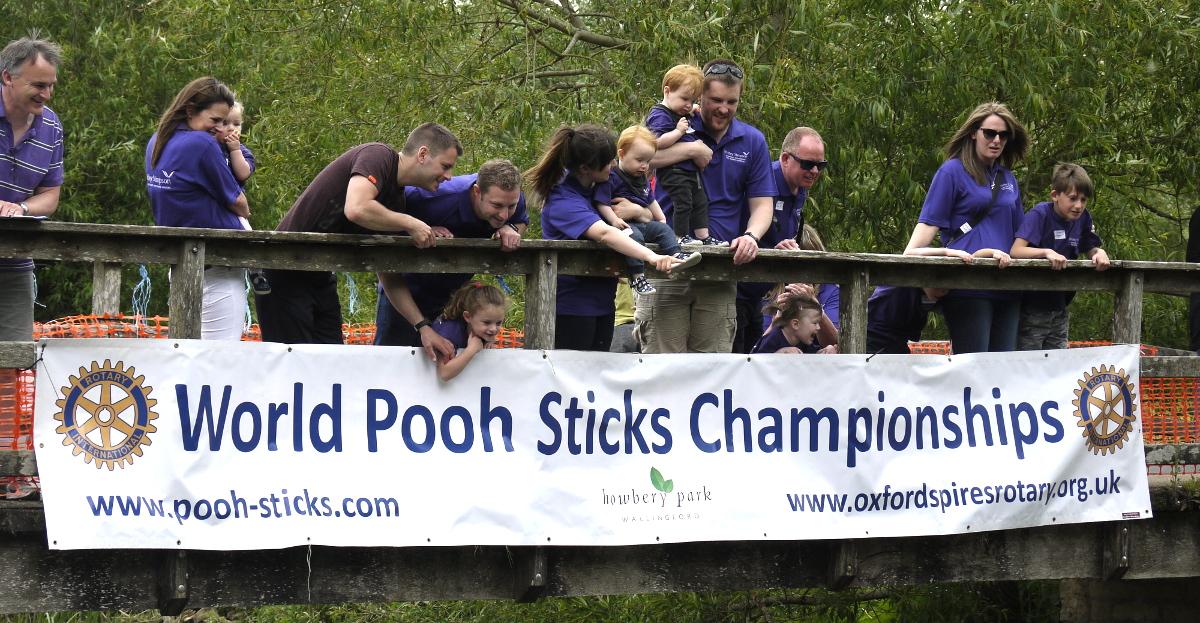 wenty four teams competed against each other. with Kanga Roo Pooh from East Hanney eventually floating away as Team cChampions 2017.

In the individual class Daniel Gooding, aged 6, from Oxford won the 2017 Individual Championship and took home the 1st place prizes..

Witney Rotary Club  were on hand with their Pig Roast to ensure n-one went hungry during the afternoon.

Another sucessful event organised by Oxford Spires Rotary Club and suported by members from a number of other Rotary Clubs.

For full details of the event visit the official site at pooh-sticks.com