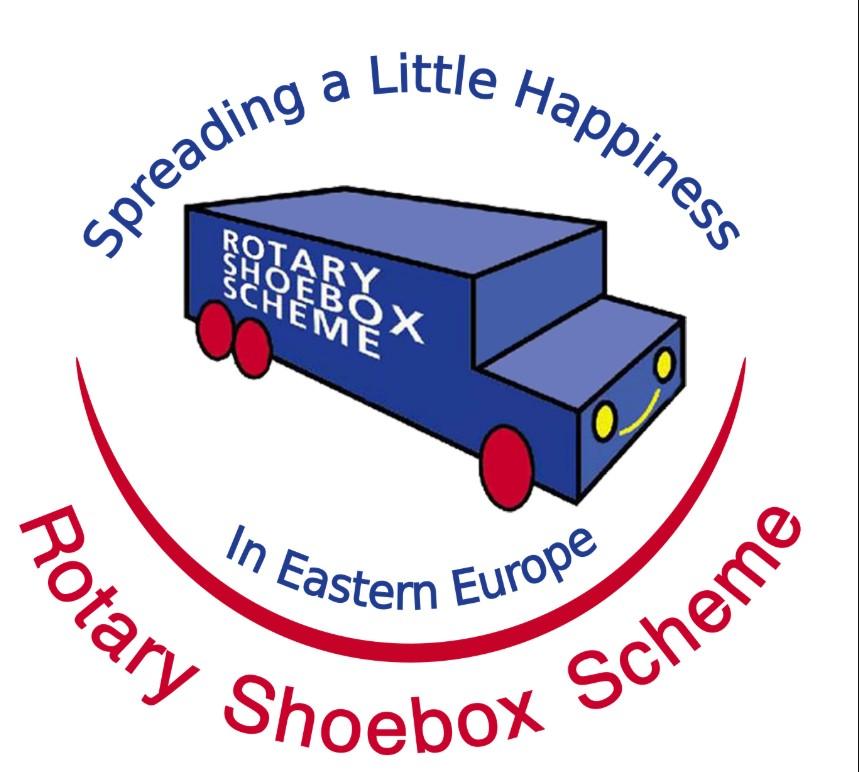 The Rotary Shoebox Scheme started in 1994, when Rotary Clubs in Rotary District 1280 (Now District 1285) (north and west of Manchester plus the Isle of Man) started collecting shoeboxes full of gifts for the people of Iasi in Romania.

PDG Val Scerri was the initial catalyst for this, having links with Spurgeons Child Care Organisation who already had children’s homes in Romania. It was obvious that there was a great need for basic items which we take for granted in our daily lives and for toys for the children.

Initial help from Rotary also included building a Kindergarten in Iasi (pronounced Yash – a large city of in the north-east of Romania). The shoebox scheme became a Rotary in Great Britain & Ireland supported project in 1997.

In 1998 the Trustees tied in with International Aid Trust, having use of their warehouse, transport and contacts. In 1999 they became involved with ‘Hope and Homes’ distributing boxes in Romania and Ukraine.

How does it work? Rotary, Inner Wheel, Rotaract, Interact & Rota Kids Clubs purchase the special boxes costing £2 each from the Rotary Trustees (a small group of Rotarians who administer the scheme). The boxes are sent ‘flat packed’ to the Club.

It is then up to the Club as to where to send the boxes for filling. Often local schools, children’s uniformed organizations, church groups, elderly people’s homes, friends, relatives, etc., are the ones who enthusiastically fill the boxes.

People who fill a box, or boxes, can choose to fill them for Children (boy or girl), Babies and new mothers, Teenagers or for older folk and families. There is a standard list of contents for each type. Then they Sellotape £2 to the top of the box for retention by the local Club who, by this means, can recover their costs, should they want to. The initial money retained by the Trustees is used for delivering and collection of boxes from our supporters, transport costs to Eastern & Central Europe and for manufacturing the boxes.

The filled boxes are then returned to the central warehouse and for subsequent delivery to Eastern Europe. Currently, some 50,000 boxes each year are being sent to Eastern European countries including Romania, Ukraine, Belarus, Albania, Moldova.

Once delivered the boxes are distributed by local Rotary Clubs and other tried and trusted partners which will ensure they go to those most in need. It’s an all year round project with deliveries made wherever and whenever there is a need.