President Robert Allan will lead a team of walkers from Ripon Cathedral to Bradford Cathedral on a sponsored walk with funds going to the Bradford Metropolitan Foodbank. In the current economic climate this year's President felt that our main focus should be on supporting the local community and in particular those needing support to feed their family. He therefore chose to aim his main fund raising activity at the Bradford Metropolitan Food Bank. Their web site states that "It is the vision of Bradford Metropolitan Food Bank to establish and facilitate a vital link between those that have surplus food and those that need it, creating a City and District wide collection and distribution service."

The walk will take place in the week begining the 8th of May starting on the special Bank Holiday Monday to celebrate the King's coronation. Robert's last sponsored walk was a solo effort during one of the pandemic lockdowns when he walked a minimum of 10,00 steps a day during the whole month of March 2021 over Rombalds moor. He actually averaged 12,500 steps per day and raised over £2,000 for Marie Curie.

On this walk he will be accompanied by John Waterhouse and Barry Smith who are both past president's of Bradford Blaize. Both John and Barry have accompanied Robert with other Rotarians on several other sponsored walks including The Dalesway, Hadrian's Wall and the Cleveland Way. These walks have raised more than £40,000 over the years which has gone to charities such as Marie Curie, Guide Dogs for the Blind, Catholic Housing Aid Society, Meningitis UK and the MS Wheelchair Team. 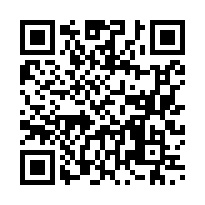 This is the page for the President's thoughts for his year of office.

This committee is responsible for finding new members and retaining existing members.

This committee deals with all local projects in our community.

Coming under Community this part of the group exists to undertake environmental projects on behalf of the club.

This committee deals with international projects and disaster relief work.

This committee provides the link with Rotary Internationals main charitable trust which primarily deals with projects having a global nature.

Rotary is not just about doing good deeds but also about enjoying yourself and this committee organises social activities. This page contains an archive of some of our activities.

This is the vehicle that donates the money that we have raised to the various good causes that we support. Its official name is The Rotary Club Of Bradford Blaize Trust Fund and its registered number with the Charity Commission is 514621.

This committee organises social events and deals with the day to day running of the club.

PR, Internet and Other Communications

This committee exists to provide PR and communications between the members and also to provide links to non members through the web site and Facebook.