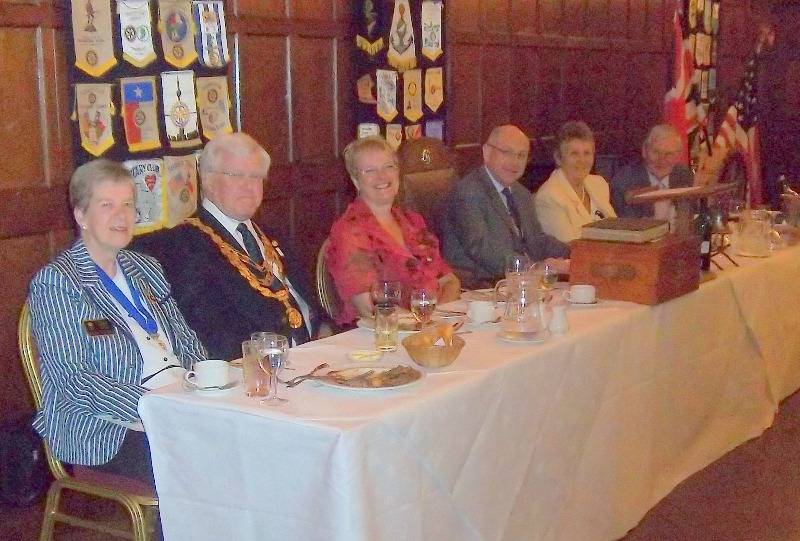 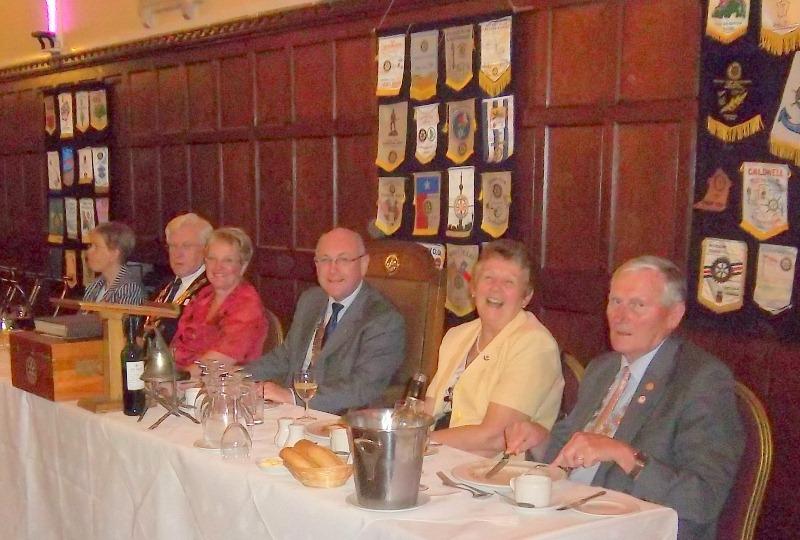 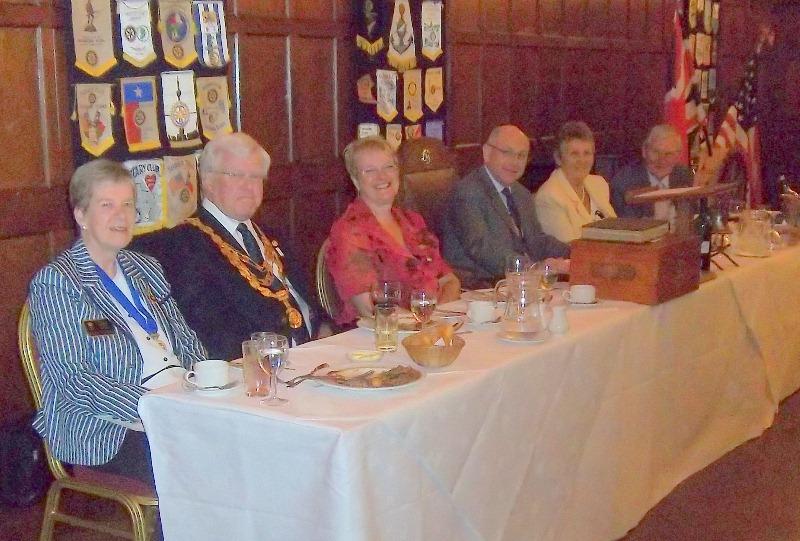 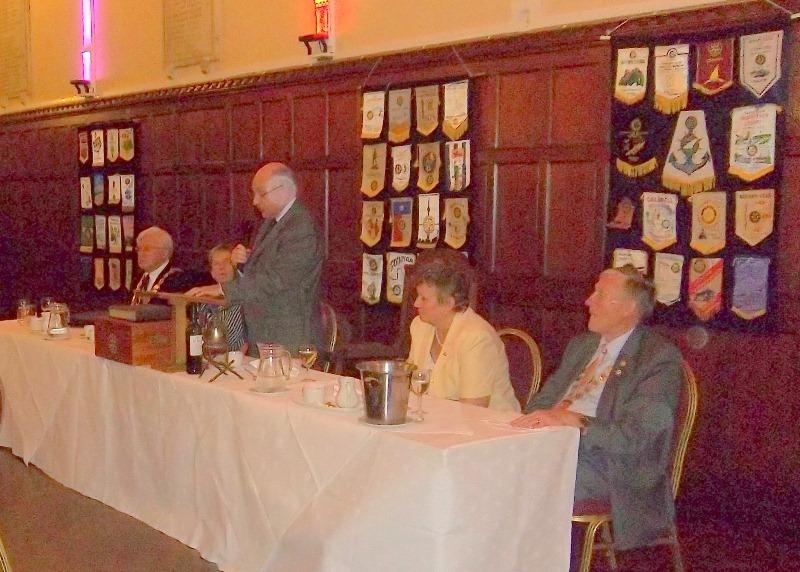 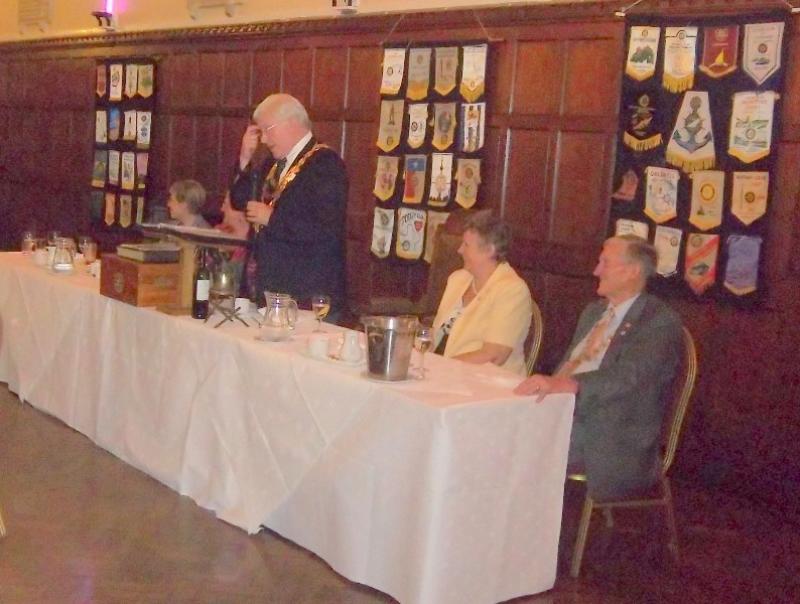 Nearly 100 Rotarians, Inner Wheel Ladies and guests attended a Dinner and Presentations at St Augustines, Westgate-on-Sea, to welcome the Rotary GB&I President John Minhinick and his wife Sheila to East Kent as part of their nationwide tour.

Assistant Governor The Rev. Jan Dash said Grace which was followed by an excellent dinner.

President Chris Hedges proposed the Loyal Toast and then conducted President John around the tables so that he could meet and converse with as many Rotarians as possible from the nine Clubs represented.

President Chris then invited representatives of each of the nine Rotary Clubs present to introduce their guests and talk about interesting projects they had been involved in:

District Governor Stewart Grainger then formally introduced Rotary GB&I President John Minhinick who gave an inspiring speech illustrating the latest developments in the Rotary World and encouraging Rotarians and their Clubs to "blow the Rotary trumpet", recruit vigorously and maximise the influence Rotarians can exert on their local, national and international communities. At the end of his speech, President John took questions from the floor.

There then followed a formal exchange of banners and President Chris gave a vote of thanks to President John and his wife for extending their tour to include the furthest extremities of East Kent and giving local Rotarians an opportunity to meet him and hear him speak.

The Sergeant-at-Arms, President-Elect Tony Orpwood, then swung into action with a couple of riqu