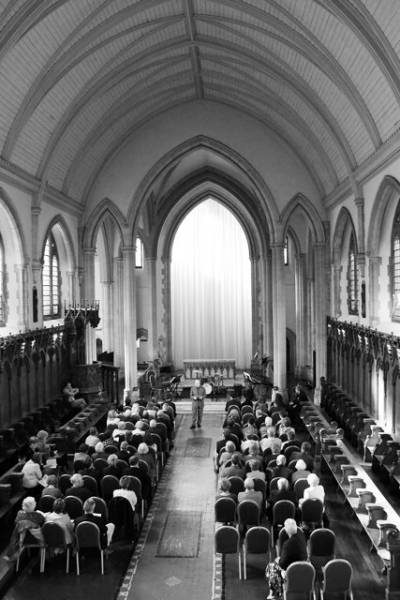 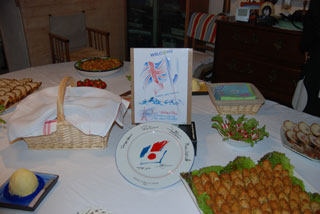 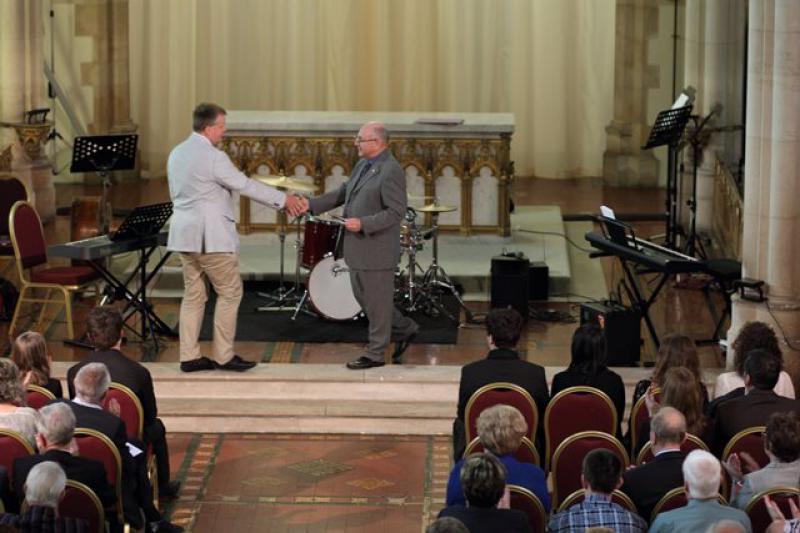 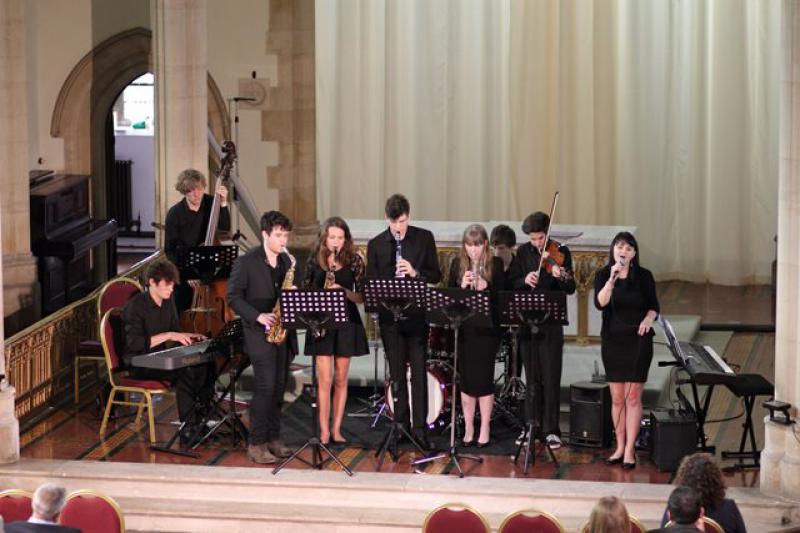 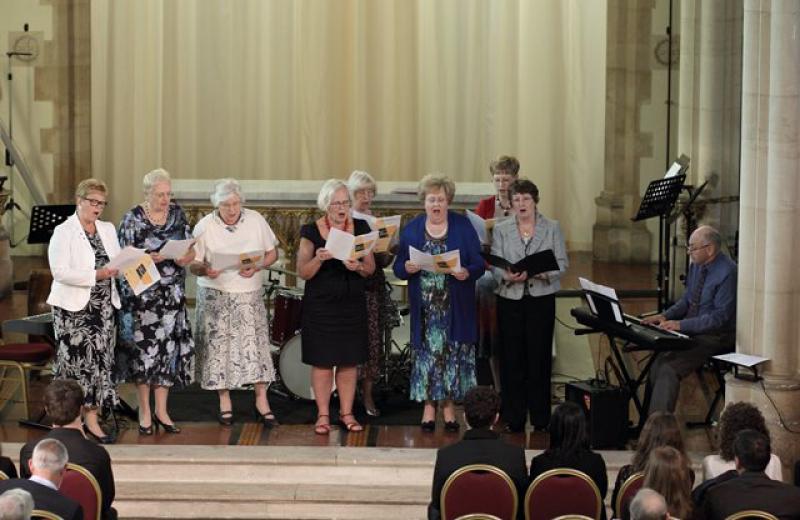 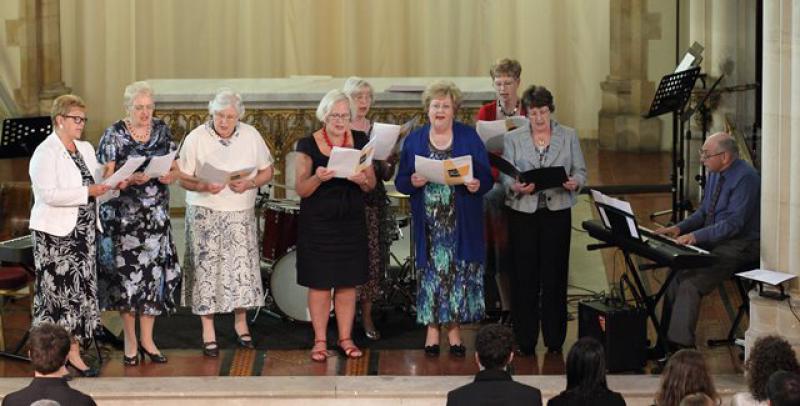 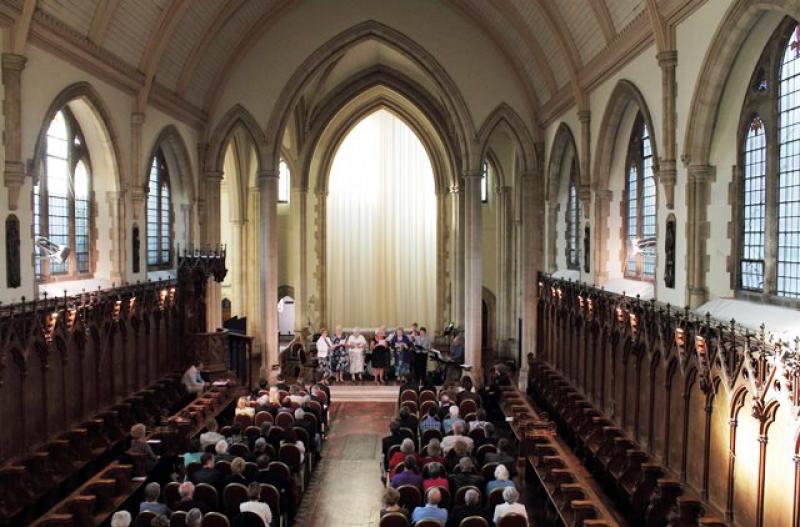 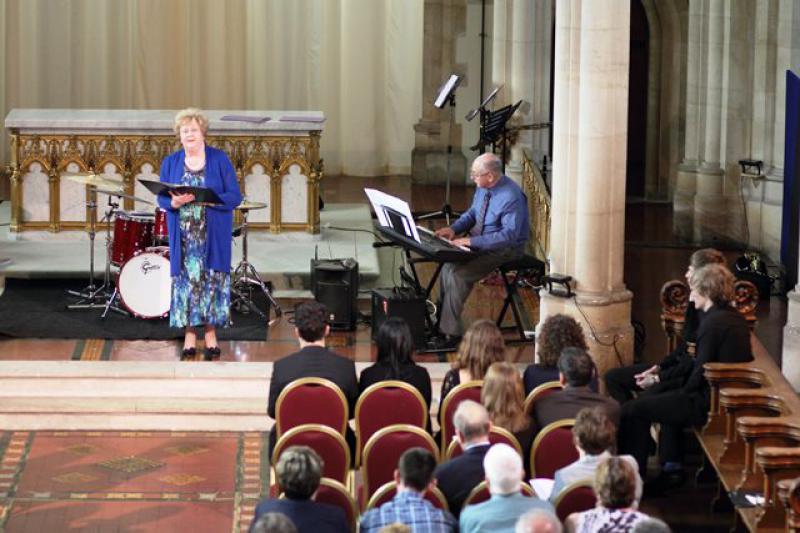 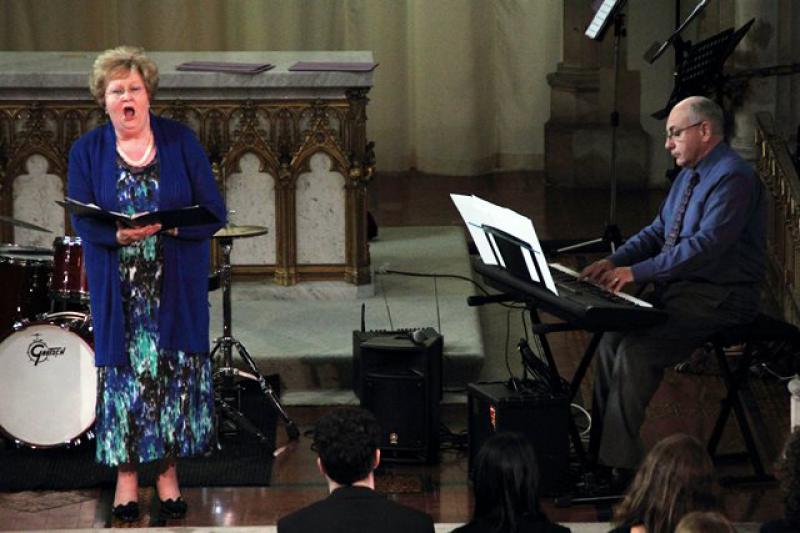 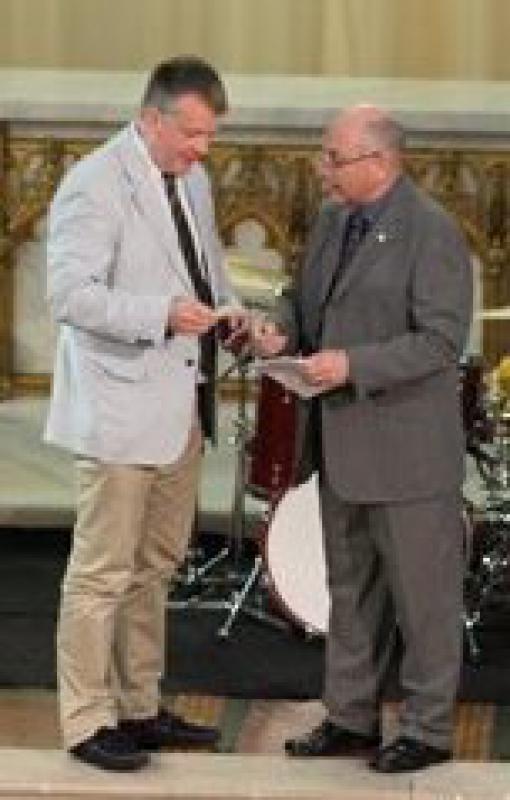 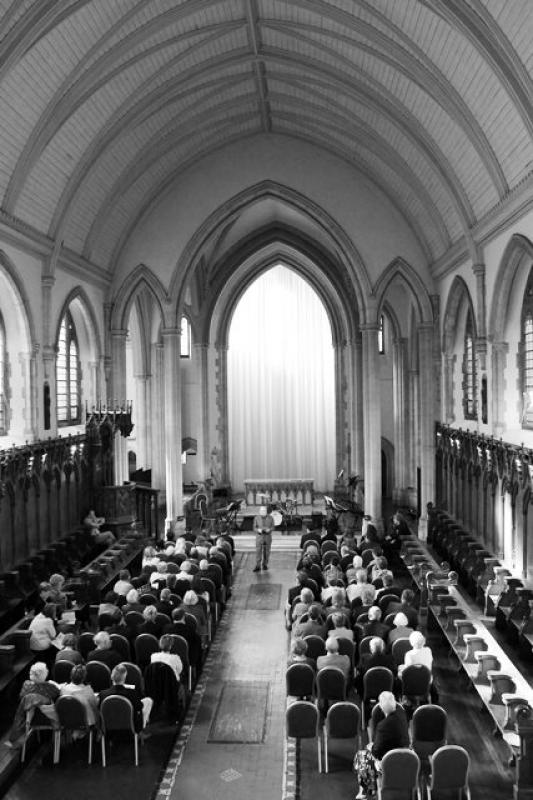 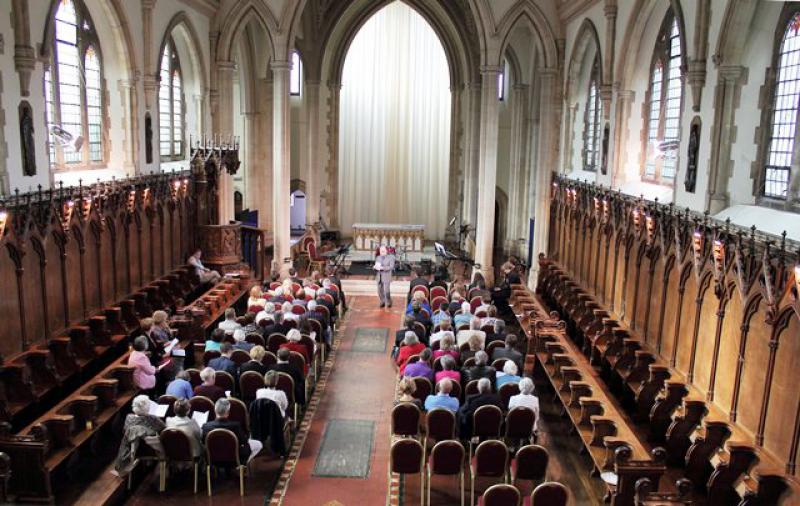 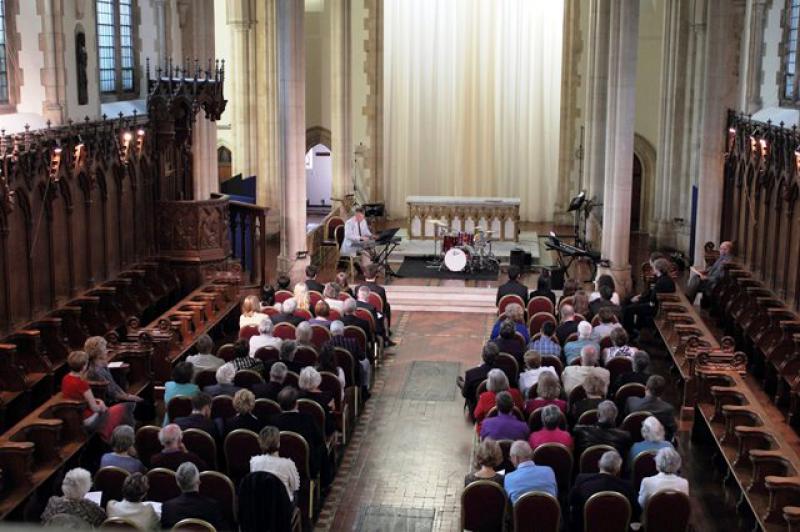 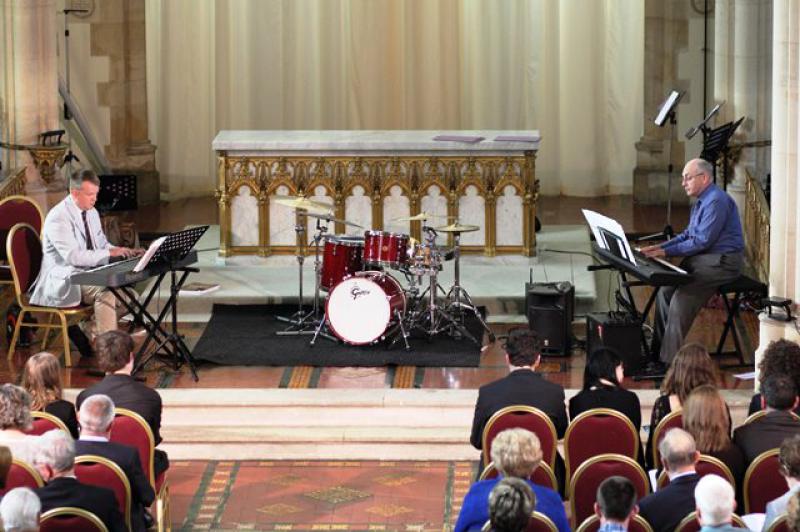 On Sunday 23rd June a Musical Soiree was held to raise funds for the charity "Sing For Your Life" (see http://www.singforyourlife.org.uk) Guests were welcomed to St Augustine's Chapel in Westgate-on-Sea with a complimentary drink of bubbly while the St Lawrence College Jazz Band entertained. President Chris Hedges then welcomed everybody to the event and opened the programme by playing the manic "Jamaican Rumba" as a piano duet with Adrian Bawtree, Director of the charity. This was followed by a performance of the 2nd movement of the Trumpet Concerto by Haydn, played by Isabelle Draper. A renowned soprano soloist, Elizabeth Weaver (Inner Wheel Club of Dover) sang "Sweet Chance" by Michael Head and "Linden Lea" arranged by Vaughan Williams. Abigail Scott then played "I Giorni" by Ludovico Einaudi on the piano. The St Lawrence College Jazz Band then returned to the stage and played three "foot-tapping" numbers. Changing the mood, President Chris then returned to the piano and played the theme to "Ladies in Lavender" by Nigel Hess. To conclude the evening, Adrian Bawtree gave a short presentation to illustrate the work of "Sing For Your Life" which included some brain-stimulating audience participation designed to show the potential benefots of music therapy. Adrian then played three numbers on the piano: "Blue Moon", "I'm in the Mood for Love" and "Ja-Da!"                At the end of the evening President Chris presented a cheque for