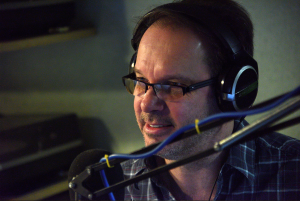 Neil handles Outreach & Community Development for Cambridge 105 Radio and appears regularly on the station with his own programme.

Cambridge 105 Radio is the community radio station for the city of Cambridge, a volunteer-run, community-owned, not-for-profit organisation. The station broadcasts from its studios on the Gwydir Street Enterprise Centre across the City and South Cambridgeshire on 105FM, online and DAB Digital Radio seven days a week.

Neil also covers IT support on a freelance basis and produces podcasts for a number of organisations. In his spare time Neil is a radio ham. 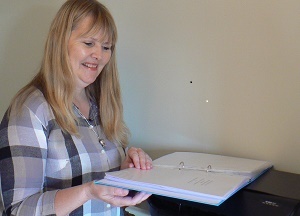 Founded in 2007 her business became successful and is now thriving.  Clare started with work from the Judge Business School and now has contracts with all of Cambridge University. 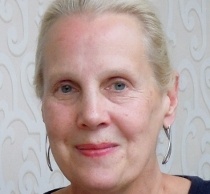 Rotarian Jenny Chapman-Hay is the former Business Editor of The Cambridge News.

Jenny has written a number of books, both novels and non-fiction, and since retiring she has started a small antiques business. She is a volunteer with Cambridge Re-Use, the charity based on The Paddocks Industrial Estate off Cherry Hinton Road where good quality donated furniture is sold to those on low incomes. She also tackles the Daily Telegraph cryptic crossword and enjoys reading. 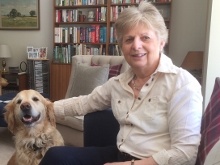 Rotarian Rosemary Turner helps with Victim Support for those who have experienced criminal incidents.

Rosemary also has three dogs from unsettled homes that she exercises twice a day with her husband John. That is George in the photo.

Formerly she was Head of Education at Meldreth Manor Scope School for youngsters with profound and multiple learning difficulties. 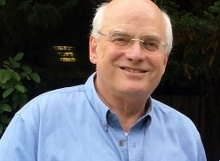 Rotarian Julian Landy, a retired Solicitor, started Homes for the Homeless in 2017 with a mission to reduce rough sleeping in Cambridge.

He has also written a number of books.

He started Friends for the National Trust for Scotland raising about £15,000 since this was formed and has also launched a dual-gender book club in Cambridge. 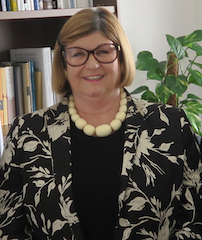 Patsy Glazebrook BEM retired from her professional career of Nursing in 2018 after 47 years service.

She was awarded the British Empire Medal in 2015 for her volunteer role as Vice President and Event Organiser since 2000 for The Cambridge Fundraising Committee for The Sick Children's Trust Charity. The charity owns Acorn House and Chestnut House where families can stay when a child is ill in Addenbrooke's Hospital.

She was the Cambridgeshire Assistant County Organiser for 18 years for The National Garden Scheme, judging gardens for entry into the NGS Open Days calendar.

As a Granta Arts Society Committee member she enjoys organising their Special Interest Days at Churchill College. She is also a member of three other Arts Societies.

She is a Committee member of the Cambridge Friends of the National Trust for Scotland.

She has been a member of the Cambridge Women's Luncheon Club for 27 years, and an enthusiastic member of the Gog Magog Golf Club for 28 years; her handicap is unprintable.

She and her husband Clive have 2 dogs and they enjoy dog walking, travelling and gardening. 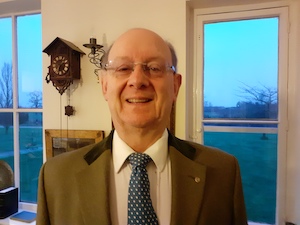 Jeremy has always been interested in British art and design since studying art as a student and as an artist himself. He likes designing and making things as he has done over the years, and now owns and directs a British contemporary Art and Crafts gallery in Cambridge - Primavera - with three windows opening onto the street in the City - on King's Parade, Magdalene Street and Northampton Street. When out of lockdown it displays over 6,000 items of fine British contemporary jewellery, together with many more items of ceramics, studio glass, sculpture and paintings. Primavera is now concentrating on reaching out through its website - www.primaveragallery.co.uk

As a director, engineer and designer, in date order, Jeremy has lived and worked in London, Beirut Lebanon (during the civil war), Paris, Nairobi, Lusaka, Dar es Salaam and Johannesburg. On his return to the UK he owned and directed First Edition Translations in Cambridge for many years. He is a qualified cost and management accountant, and studied law to become a barrister.

He read history at Cambridge University, likes music, is interested in foreign languages and cultures, enjoys gardening (he and his wife Sheila open their garden at College Farm Haddenham each year for charity - https://ngs.org.uk/view-garden/30941) and he supports the history of British manufacturing (every year in September co-hosting the Haddenham Steam Rally).

Currently Jeremy is building a new arts centre at College Farm to support British artists and makers, where he already has a permanent gallery of British artwork, as well as his own.

Robert Ransom spent 50 years practising as a Chartered Civil Engineer working in South Africa and Hong Kong as well as the UK, where he was a Technical Director with one of the country's largest consultancies. Following retirement he acted as Secretary for the Cambridge Forum for the Construction Industry for a number of years. His interests range from travel to things mechanical, combining both in his passion for classic cars. He sits on the committees of two car clubs, one of which he helped set up in 1995, and edits magazines for both. 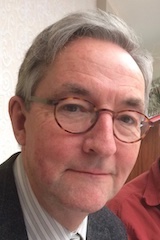 Rotarian Dr Antony Warren was a GP in Cambridge for 30 years up to 2012 following medical training in Oxford. He had a fascinatingly wide range of patients from both Town and Gown and got to know the City and its surrounding villages well. He took a special interest in medicines, dermatology, family planning, child care, asthma and GP IT

In retirement he is Chairman of the Foundation of Edward Storey almshouse charity, which houses 90 residents on three sites and financially supports clergywomen and others with links to the Church of England

He is a qualified Local Observer for the Institute of Advanced Motorists, mentoring drivers who wish to take the Advanced driving test. Until recently, he was a Lay Member of the Animal Welfare Ethical Review Body at the Sanger Institute, reviewing and monitoring the standards of care for the research animals

His main hobby is choral singing to a high amateur standard. He is currently a regular or occasional member of four choirs, performing in and around Cambridge and London, and has taken part in a number of European tours. 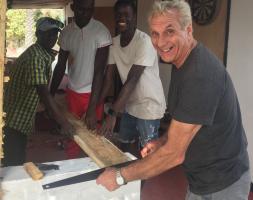 The results of this year's competition. See the link to 'Related Pages' below for more details 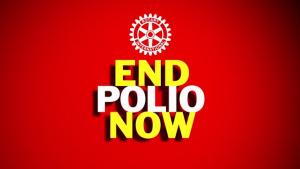 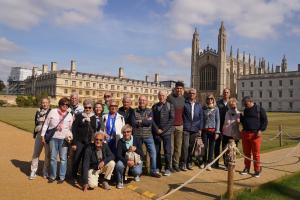 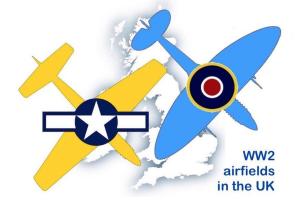