The annual Contact Club Reunion was hosted by the Rotary Club of Darmstadt Kranichstein in the historic and beautiful town of Celle in Northern Germany. 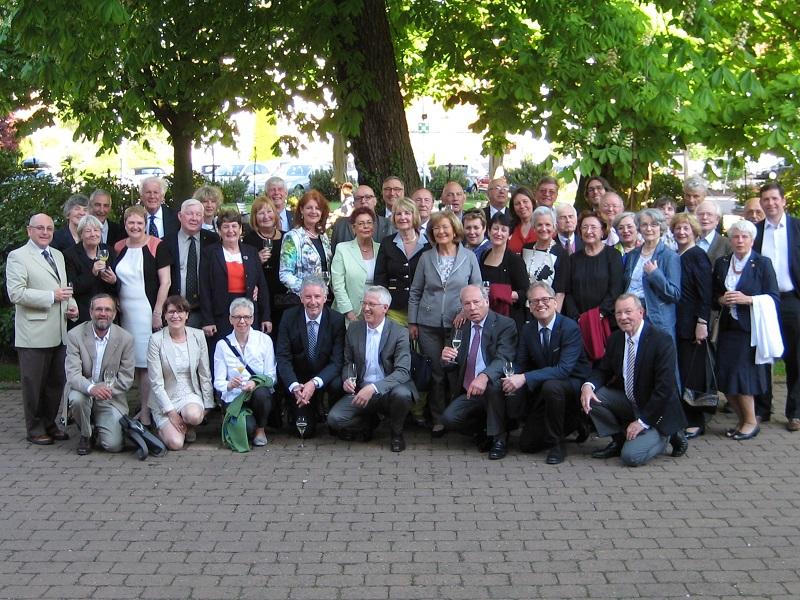 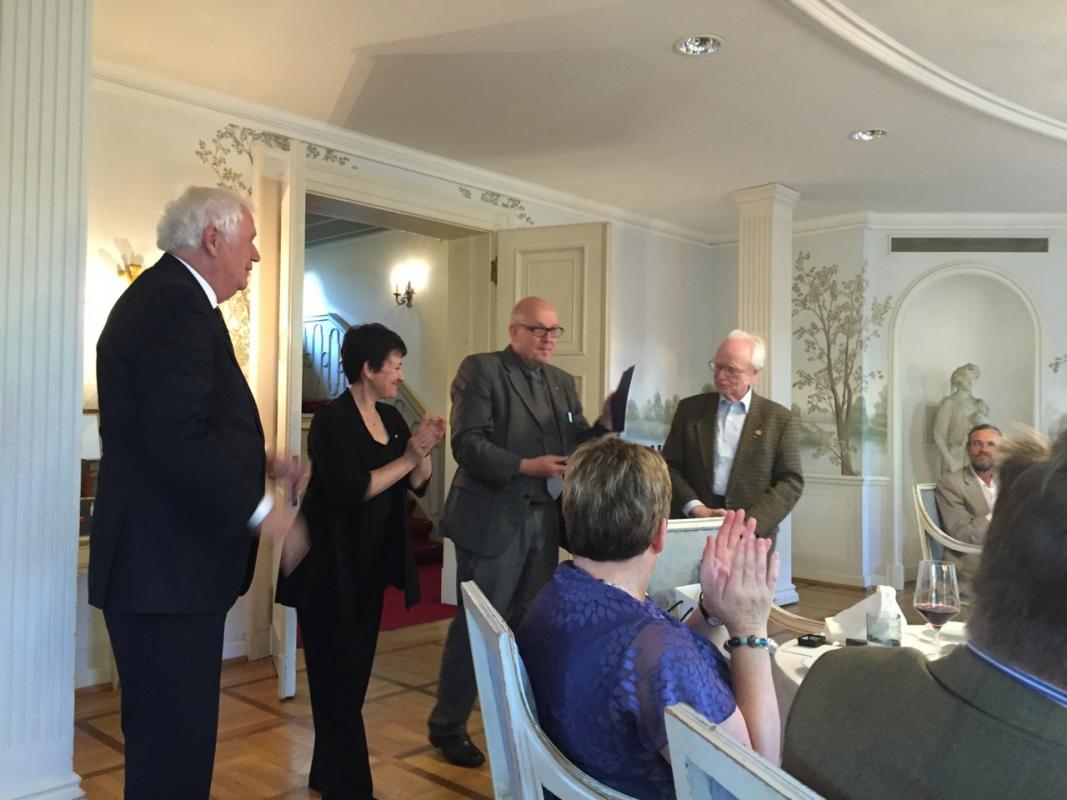 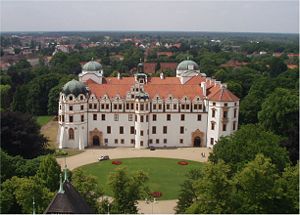 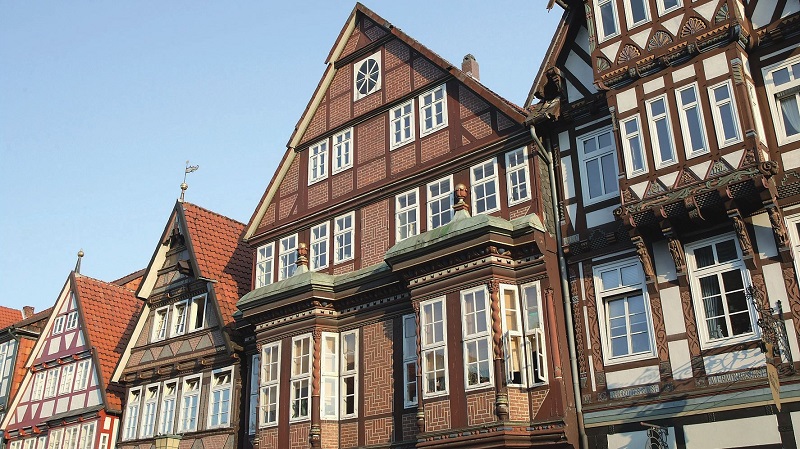 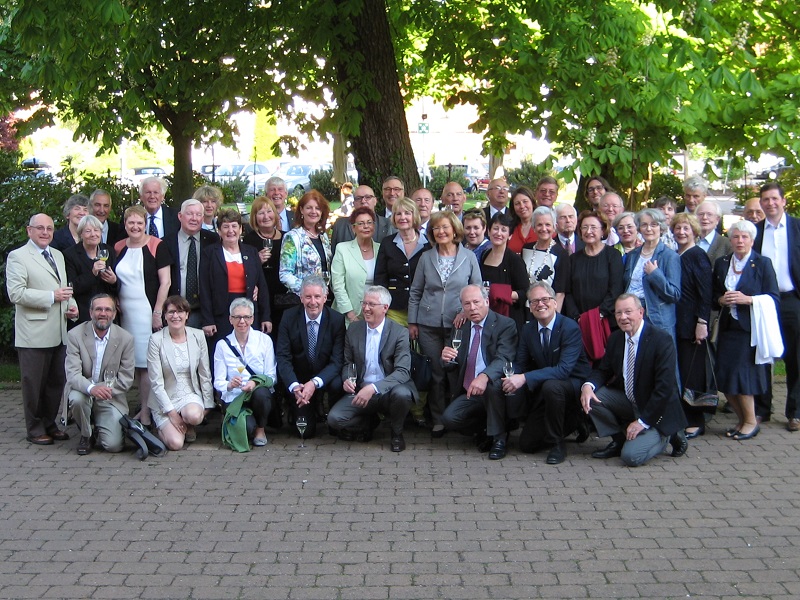 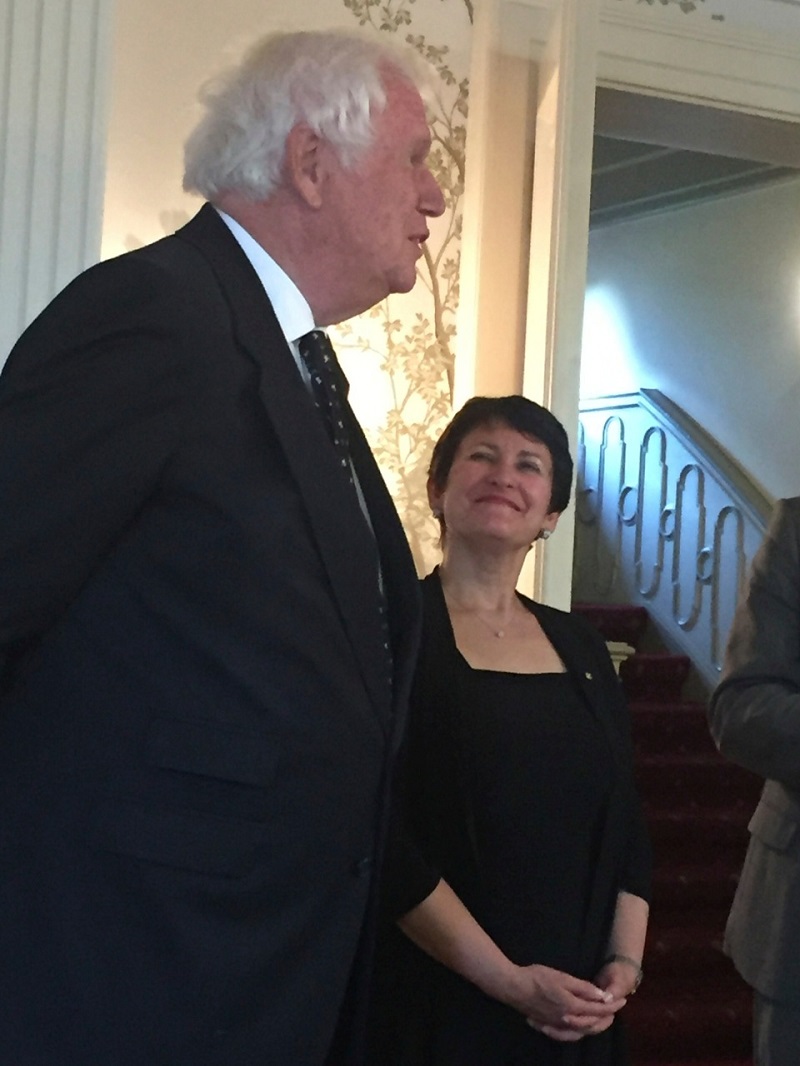 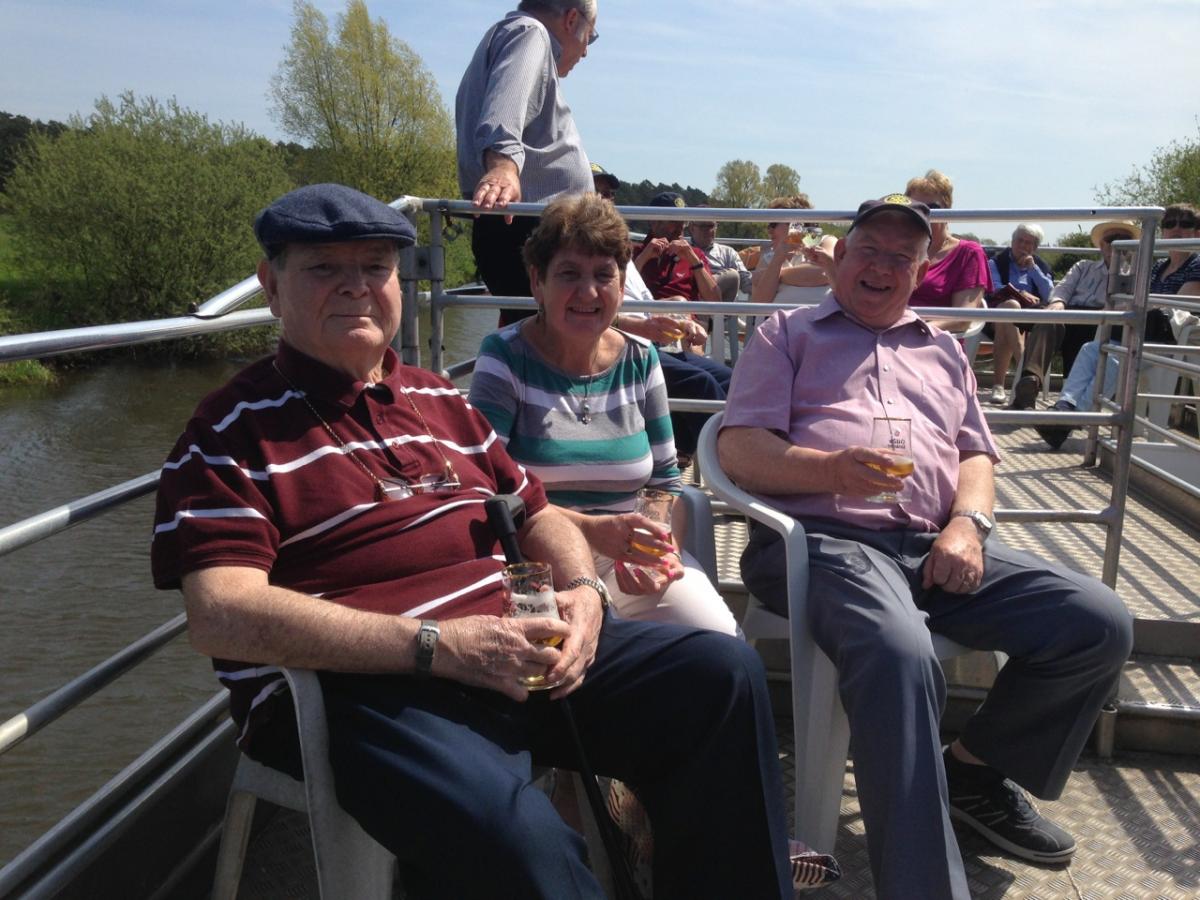 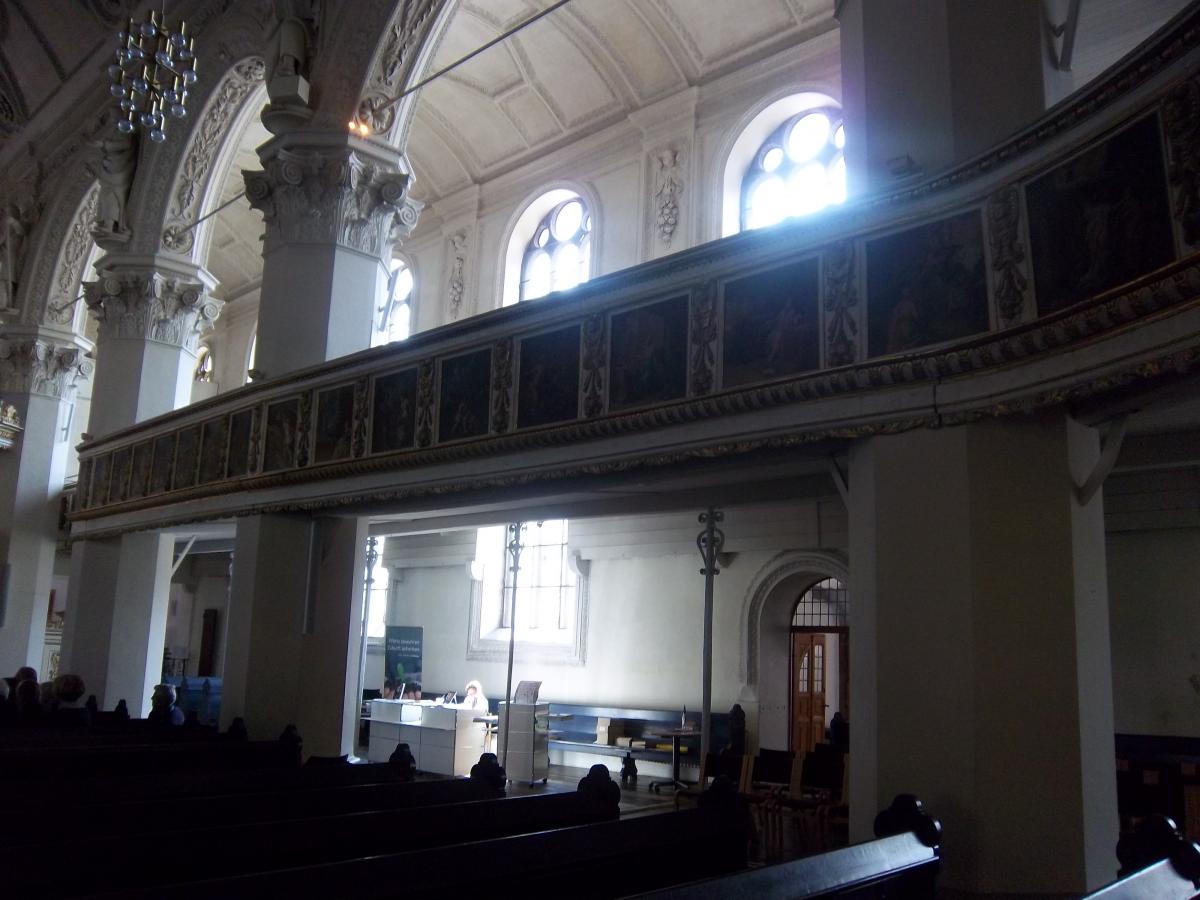 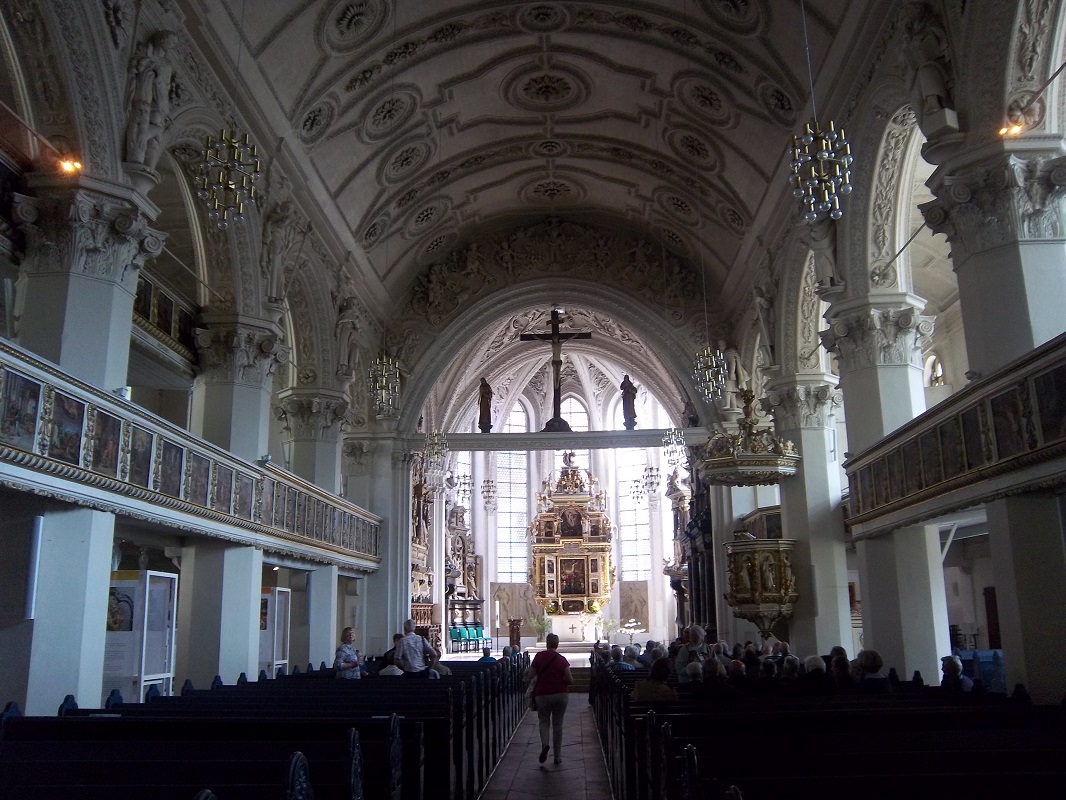 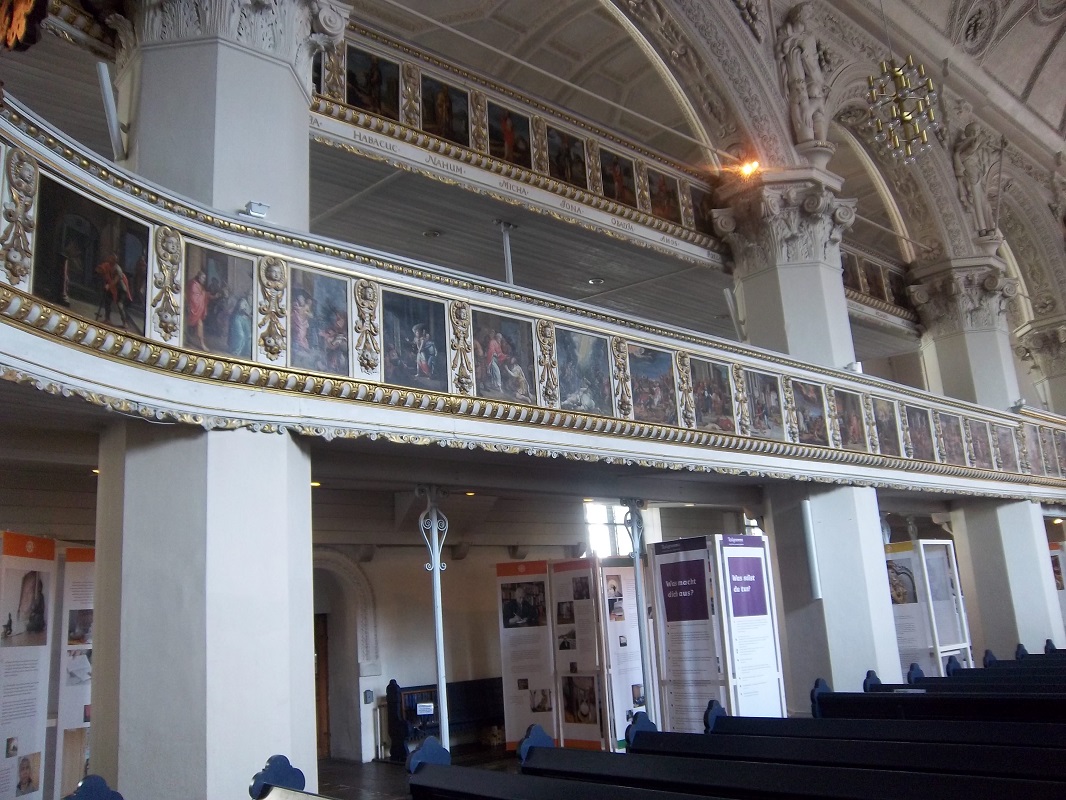 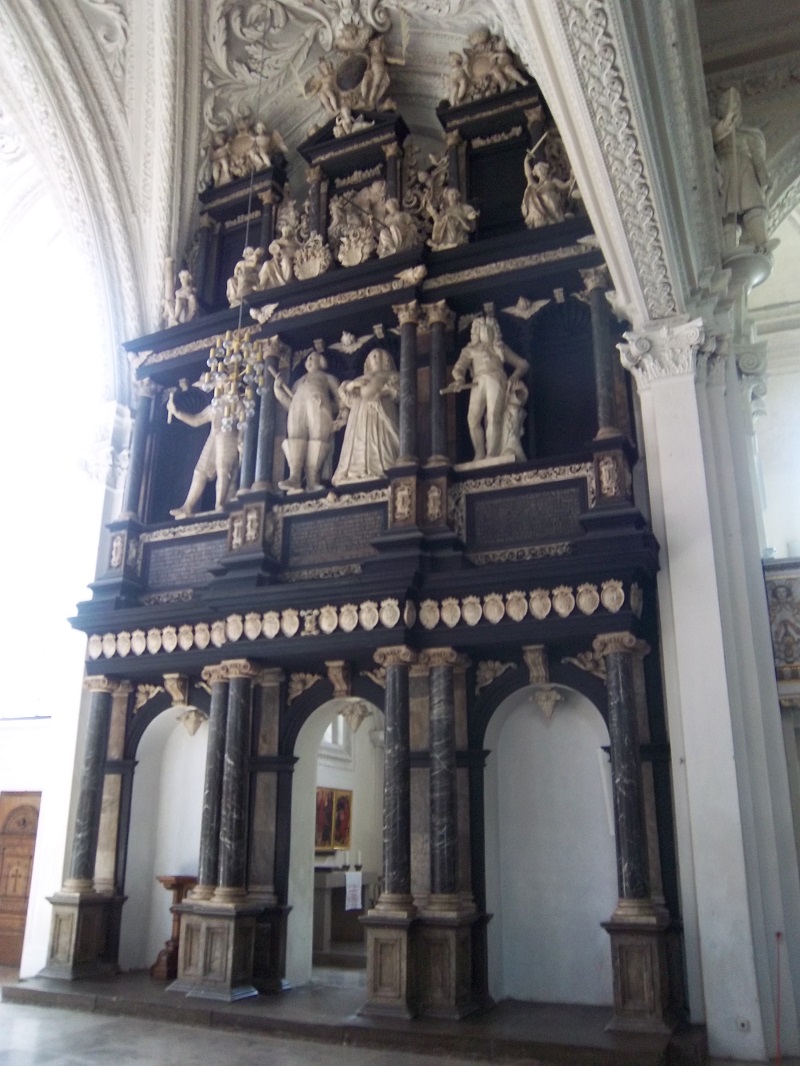 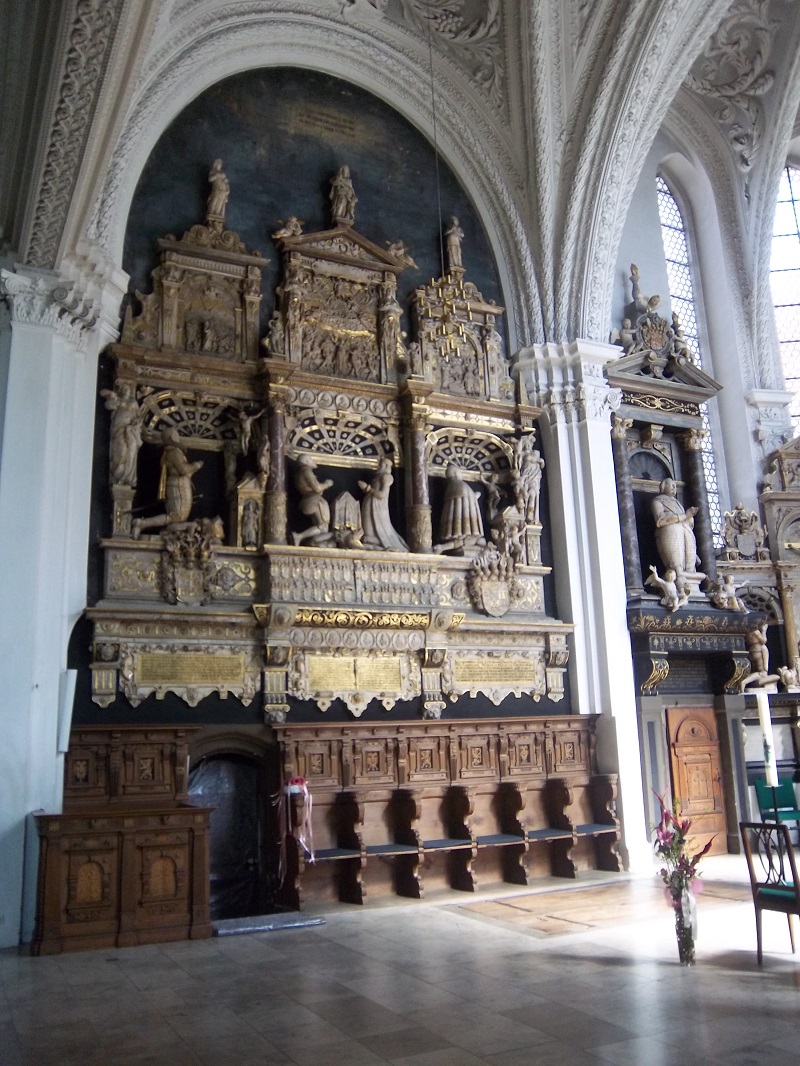 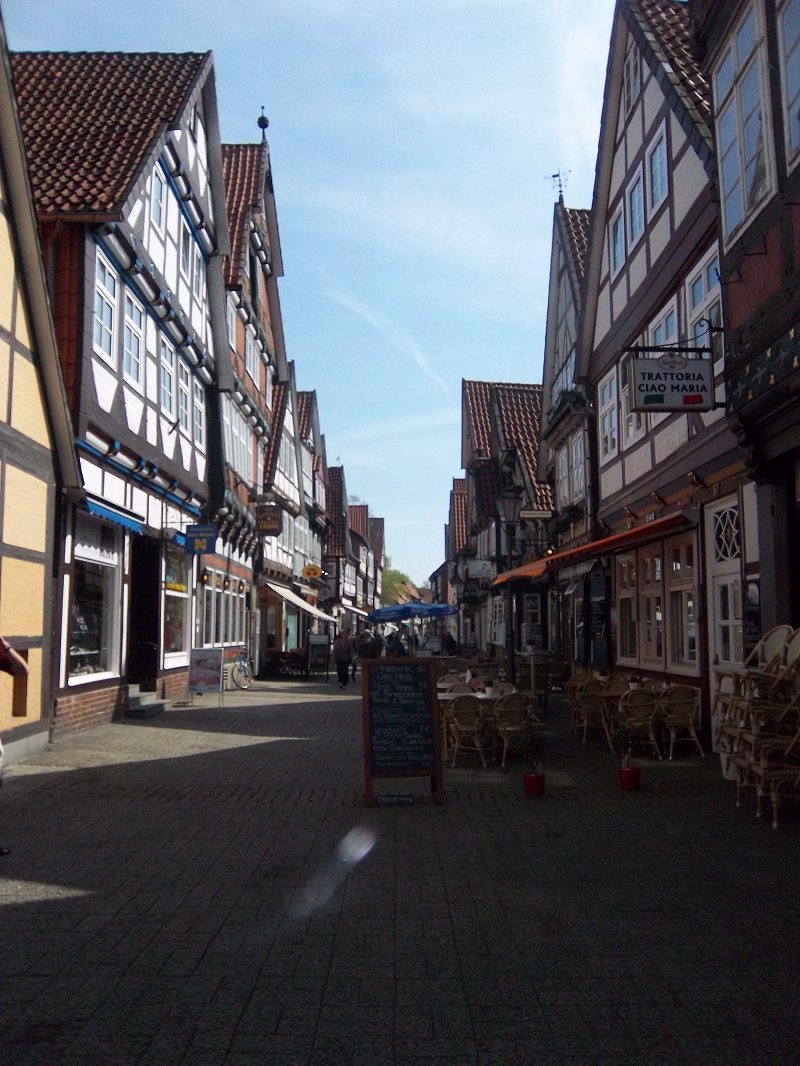 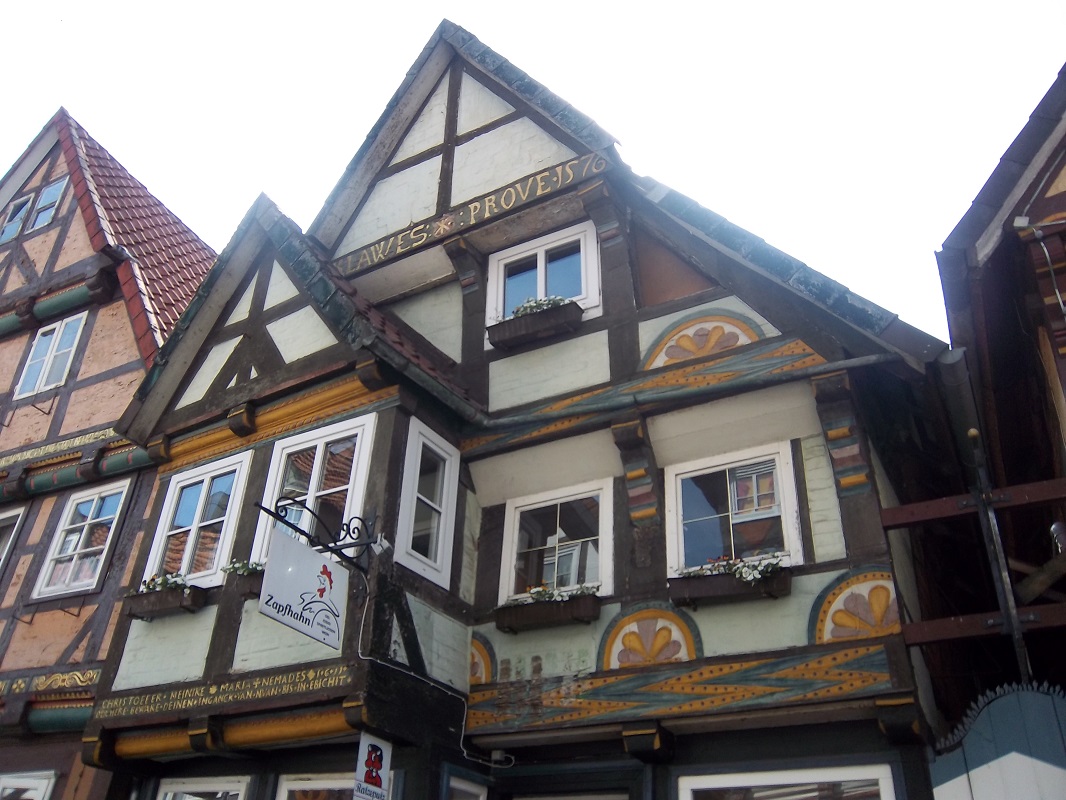 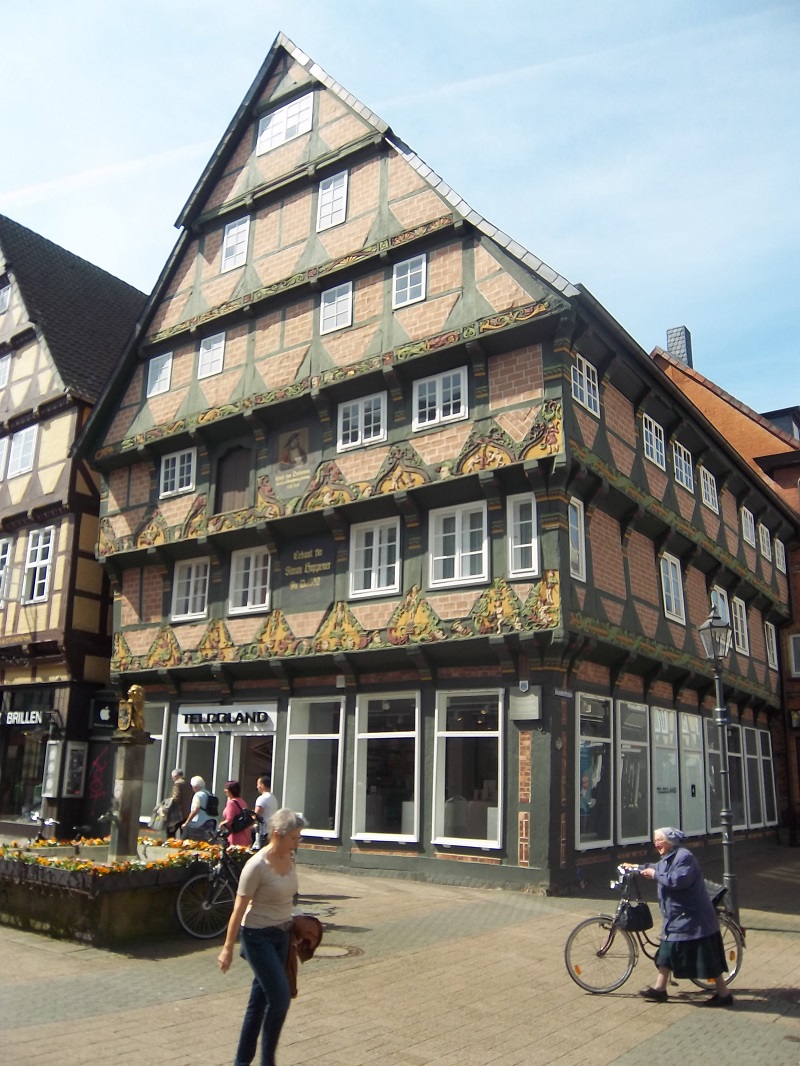 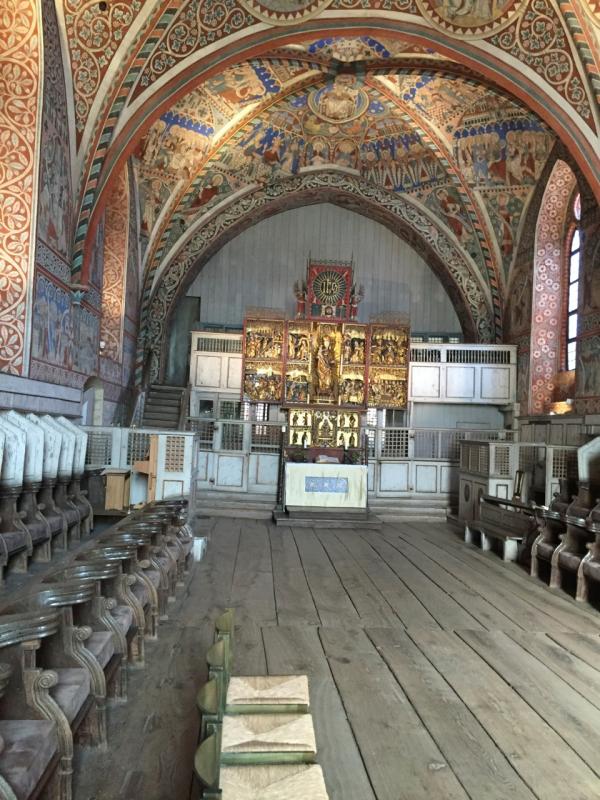 Rotarians and partners travelled to one of the best preserved, historical towns in Germany to attend the Contact Club Reunion with Rotarians from Poitiers Futuroscope and Darmstadt Kranichstein. Whilst we were accommodated in the modern "Inter-City" Hotel, the centre of this beautiful town was only five minutes walk away and our first engagement was a Welcome Dinner at the "Ratskeller" a restaurant situated in the cellars beneath the ancient "Rathaus" (Town Hall) - reputed to be the oldest restaurant in Germany. It being the season, it was no surprise that the menu included Asparagus (Spargel) and this delicious spear dominated the meals thereafter! (A little to the chagrin of our vegetarian member, Loraine, who was "treated" to spargel, morning noon and night!) For those meat-lovers, however, there was wonderful fillet steak!

The first full day was filled with interesting tours. In the morning, groups were taken on a walking tour of Celle so that they could appreciate the huge variety of half-timbered houses from the 16th Century, all magnificently preserved, and learn about the royal heritage of the town (which spawned our own Hanoverian dynasty of Kings). In the afternoon, we were taken on a tranquil boat trip on the River Aller to Boye where we were treated to an outstanding lunch at "Kollner's Cottage". (Yep, Spargelcremesuppe!) In a departure from the usual predominance of meat, this menu featured Zanderfilet (Pike-Perch) which was brilliantly cooked and served. After a bucolic lunch, entertained by a loud chorus of randy frogs in the nearby lake, we were whisked away by coach to Wienhousen Monastery which houses a fantastic collection of 15th and 16th Century tapestries. After a tour of the working monastery, we had a short comfort break at a local hostelry before attending Evensong Service, sung by the members of the community. After returning to nearby Celle, groups broke away to dine in various restaurants before meeting up in an historic Weinkeller or Bierstube to renew our fellowship with our hosts.

On the Saturday, we split into groups for a tour of Celle Castle, the Ducal Palace, which dates back to the 13th Century and is the oldest building in Celle. Much later, members of the Hanoverian Royal Family resided in the castle and started the line of Hanoverian Monarchs of England. (George 1 - Victoria) For the rest of the day we were at leisure in Celle and visited restaurants, shops and the modern art gallery attached to Celle Museum. In the evening, the formal Gala Dinner was staged at the Furstenhof Hotel, a Baroque Palce built in 1680, one of the finest dining establishments in Germany. The General Manager, himself a member of the Celle Rotary Club, welcomed us to their meeting venue and we were provided with an outstanding meal, punctuated by speeches from the German Rotary President, Andreas, representatives of French Rotary President Magloire (who was unable to attend) and our own President David. To crown the occasion, President Andreas was presentaed with a PAUL HARRIS FELLOWSHIP by Dierk Ehmke After dinner, everyone made tracks for the drinking establishments scattered around the town and continued to cultivate their friendship with fellow Rotarians.

On the Sunday morning, everyone prepared to disperse in various directions; Many of the French travelled to stay with friends in Darmstadt and the English headed for the station, the airport or the autobahn.

All in all, a quite excellent Contact Club Reunion facilitated by the excellent and generous arrangements made by President Andreas and his fellow Rotarians from Darmstadt.