An appreciation of the life of Chris Porteous CBE 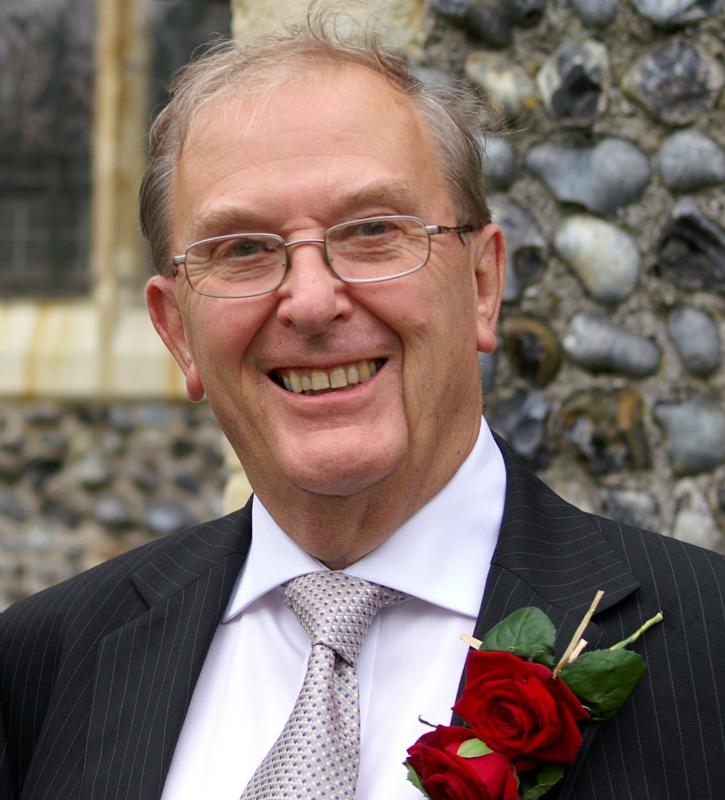 Christopher came into the world earlier than expected as the result of his mother undergoing surgery for appendicitis. Perhaps this is why he had a habit of arriving for all appointments early, and was a persistent reminder to those members of family who were less punctual.

He lived for most of his childhood in Underhill Road Dulwich, except for periods of evacuation during the Second World War.

It was during one period of evacuation to Kendal in the Lake District that Chris saved the life of a baby boy. An unattended perambulator rolled into a river and the infant was thrown into the water. Chris was not able to reach the child because he was too small but he shouted to alert someone passing and they were able to prevent the child from drowning.  The family were so grateful they befriended Chris and introduced him to the wonderful places to enjoy in the area.

His wife, Kath, received a lovely letter from that family after his death with a message of thanks for the friendship and memories he shared.

The Lake District became his place of peace, reflection and revival from that day until the end of his life.

At the end of the war Chris returned to school at St Dunstan’s Prep and from there he progressed to Dulwich College.

He had no brothers or sisters but he lived in a very large house that was converted into 2 flats by his father and uncle. Chris and his parents lived upstairs while his Aunt, Uncle and Cousin John lived on the ground floor.

This made up for the lack of siblings because Chris, John and Stuart Forbes the son of a close family friend were always together as children.

His life blossomed; he developed a great love of classical music, ballet, poetry and languages.  He joined a group of young Christians, who with the support of local business people, were taken to hear inspirational preachers at local and central London Churches. His Christian Faith grew and Chris started to write Hymns and Poetry much of it published in later years.

As things settled in Europe this youth group took regular trips to Germany, Austria and Switzerland which enabled Chris to develop his modern languages further.

When he left school he was offered places at St Andrews and Cambridge Universities to read languages but his father believed Chris had a greater talent and he arranged for him to train as a lawyer with West Malling Local Authority.

After Chris passed his law society examinations; he moved to The London County Council legal department and from there to The Metropolitan Police.

Chris married his first wife Brenda in 1960. They met at the Caleb Club at Christ Church and they had 4 Daughters, Catherine, Judy, Anne and Gill.

He encouraged them all to study and they all have successful careers as teachers or nurses. He was always proud that they have grown to be confident, independent women. He was equally proud of his grandchildren and great grandchildren and all they have achieved in their lives.

He trained to be a Lay Reader in Christ Church Beckenham under Herbert Cragg and was fortunate to be able to assist with a thriving Junior Church there. His ministry at Christ Church lasted for over 20 years and he was often asked to support other churches including Knockholt and Swanley Village. He assisted with the Billy Graham Crusade when it came to SE London, and was given the opportunity to broadcast on a Children’s radio epilogue programme The Orange and Lemon Club.

He made many friends at Christ Church.  Christian Strover the church musical director and Chris remained constant friends and they had many holidays together.

Life was good and his great talents were appreciated in both his professional and spiritual life.  He earned promotions at Scotland Yard and when the Crown Prosecution Service took over most of the criminal prosecutions, Chris was asked not to apply for a role in the new organisation, as he was selected to be the new head of the retained legal department at Scotland Yard.

In 1993 Chris was awarded The C.B.E. by the Queen for services to the Metropolitan Police.

He was instrumental in the formation of the Association of Police Lawyers which was formed to ensure there was continuity and consistency amongst all Police legal departments. Chris became the President of the New Association in 1995.

He was also made an honorary member of the Association of Chief Police Officers that year.

A large part of his job was to represent the Police at conferences and he was frequently called to entertain Celebrities at Scotland Yard including notable crime writers, TV personalities and members of both houses of Parliament.

His integrity and work ethic was admired by all his colleagues and he became affectionately referred to as “The Archbishop” .  He drew on his wide experience in many fields to promote the principles of law and justice, whilst sharing the joy of his faith with anyone who sought his guidance.A distinguished and memorable career!

Chris moved to Birchington in 2003 and in 2007 he married Kath in All Saints Church.  They built a happy life in the village and made many new friends in the church where they both sang in the choir.  He was often asked to speak at local organisations and took services at the Sailors church in Ramsgate.

Chris was a member of the Rotary Club of Westgate & Birchington for many years and, as “Speaker Secretary” sourced a fascinating array of interesting after-dinner speakers from his seemingly endless pool of contacts.

Chris also joined the Probus Club and the Men’s Supper Club at All Saints Church. He enjoyed the fellowship of the meetings and although his health was failing he was able to continue his membership with the support of several kind friends.

Kath and Chris enjoyed many happy holidays together in Malta, Germany, Spain, Madeira, and Austria.

He also took Kath to his beloved Lake District on numerous occasions, and it was his greatest pleasure to show her the places he had come to love as a young boy all those years ago.

They shared their diverse interests and assimilated their friends and families into a whole new life; bound together in faith and undying love.

His professionalism and integrity earned him the respect of all his friends and colleagues.  This is borne out by the messages and tributes the family have received since his death, and they thank everyone for their support during his illness and since his passing. Particular mention must be made of the teams of carers who supported Kath, so that Chris could be at home during his illness; Especially Adelaide and Loveness; Their dedication and kindness made his final years happier and more peaceful than they might otherwise have been.