A Burns Supper with a difference

The club held its Burns Supper at Glencorse Golf Club on Tuesday 22nd January. This was a slightly different event from recent years as, with a lady President currently in place, it seemed appropriate to make it a Jean Armour night. Read full story here 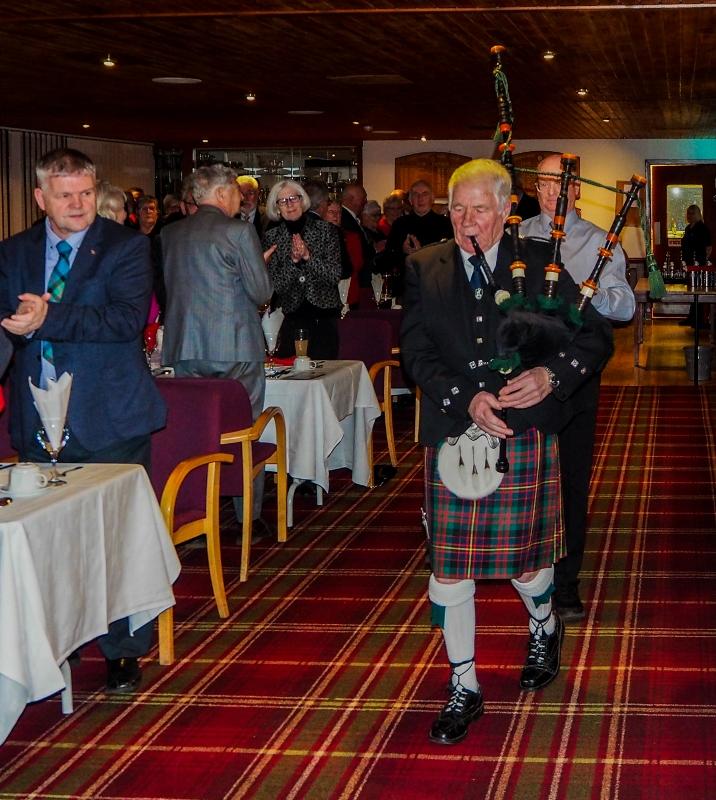 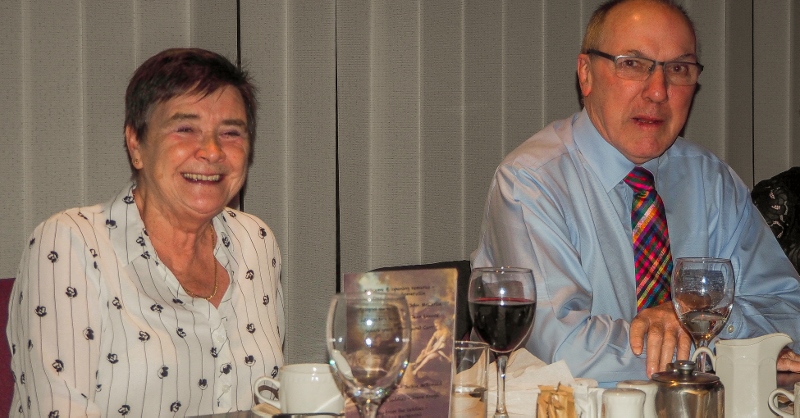 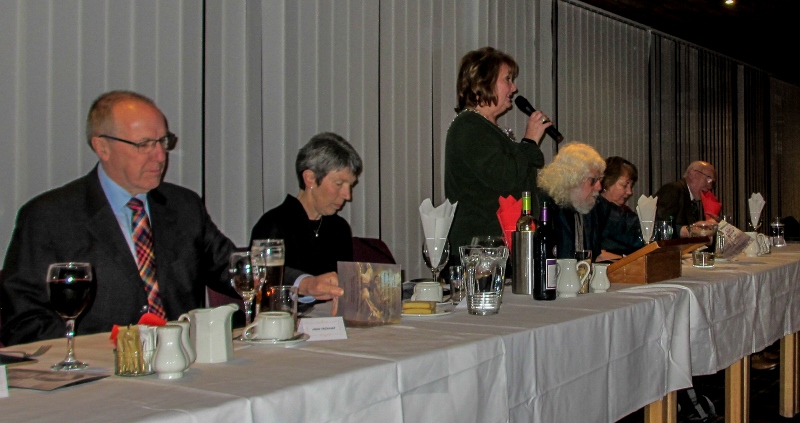 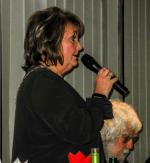 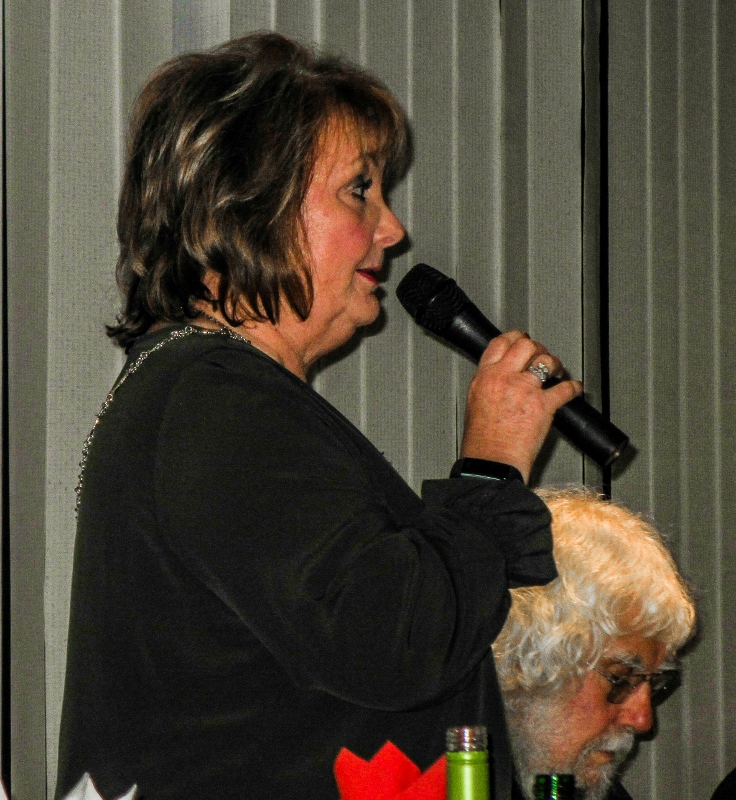 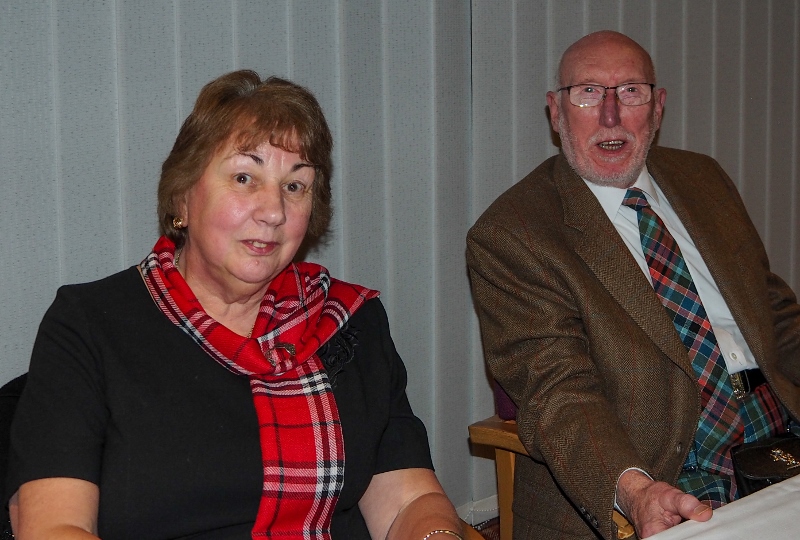 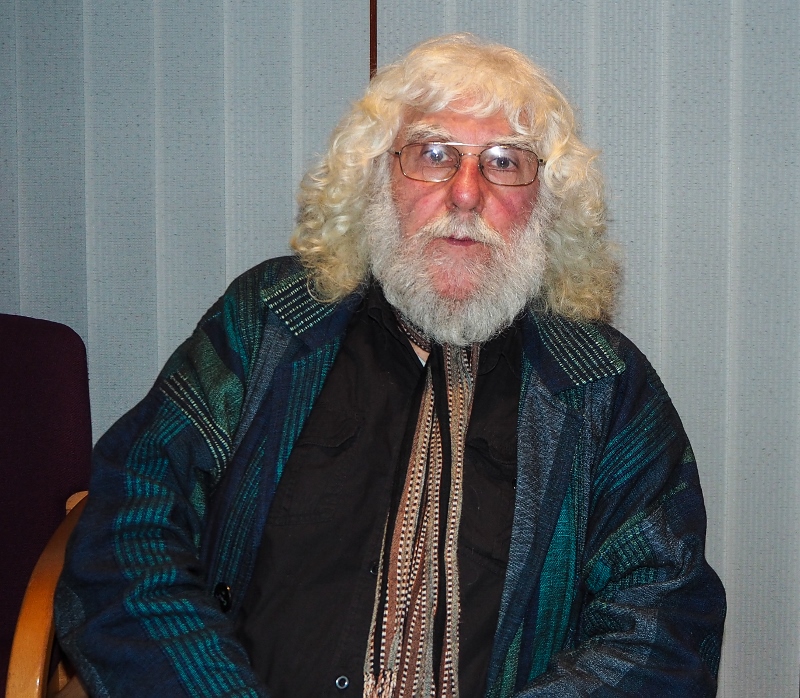 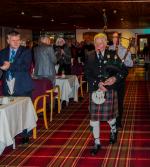 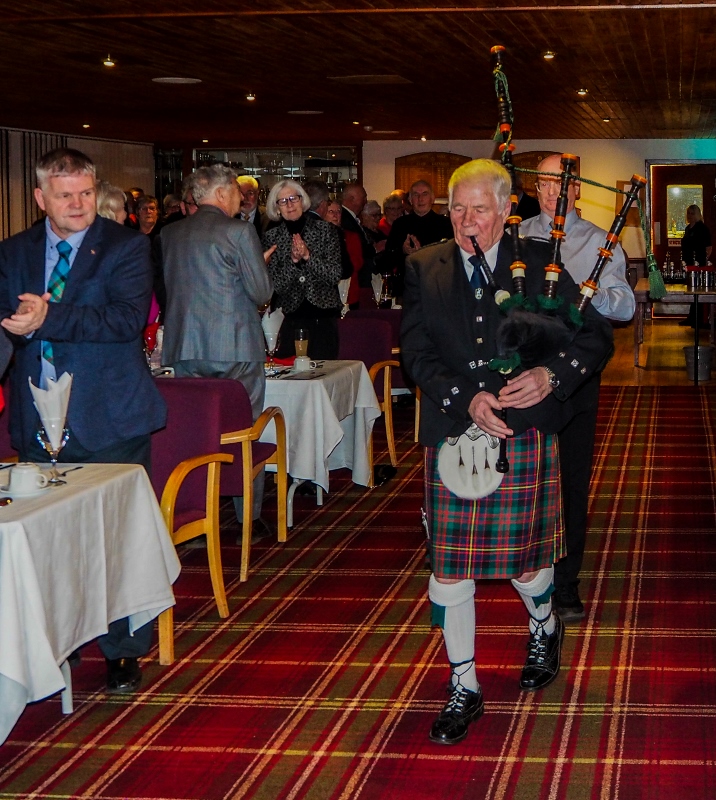 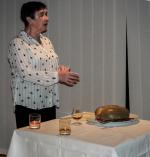 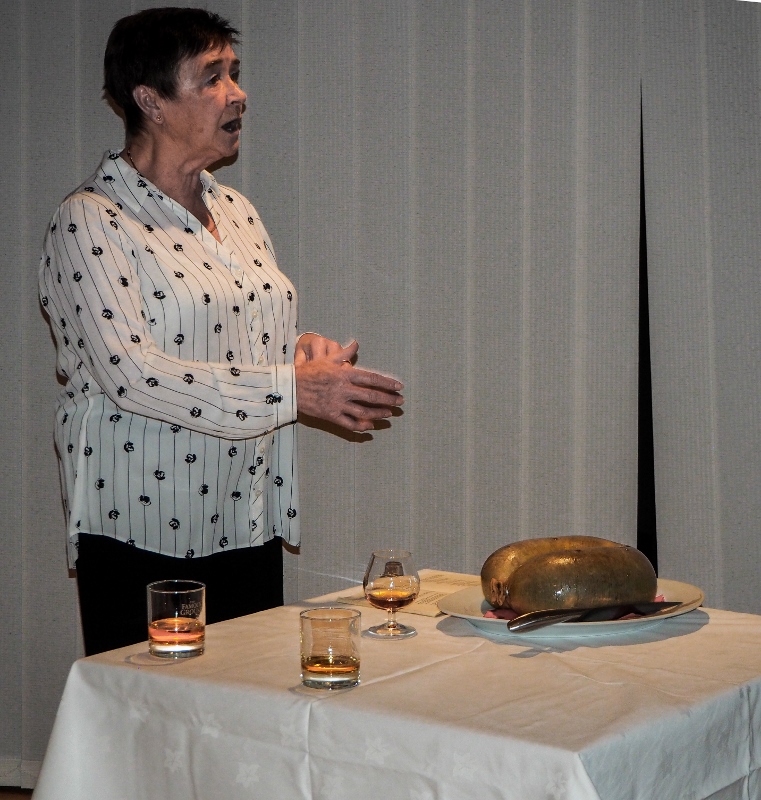 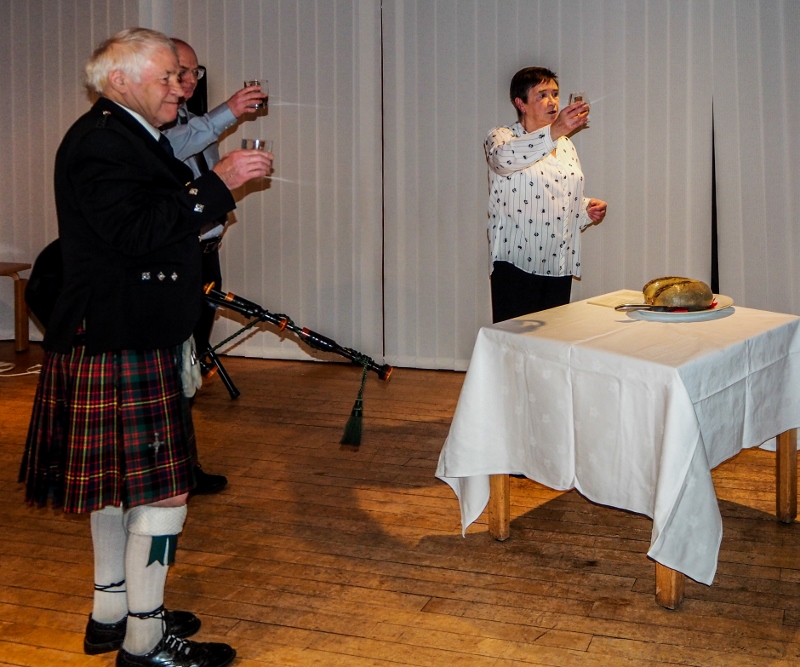 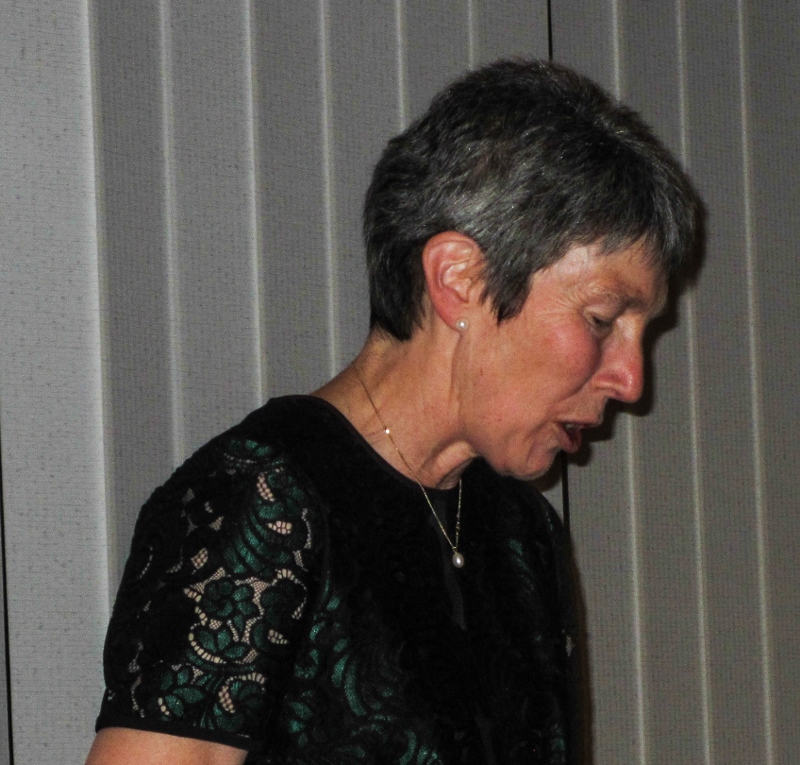 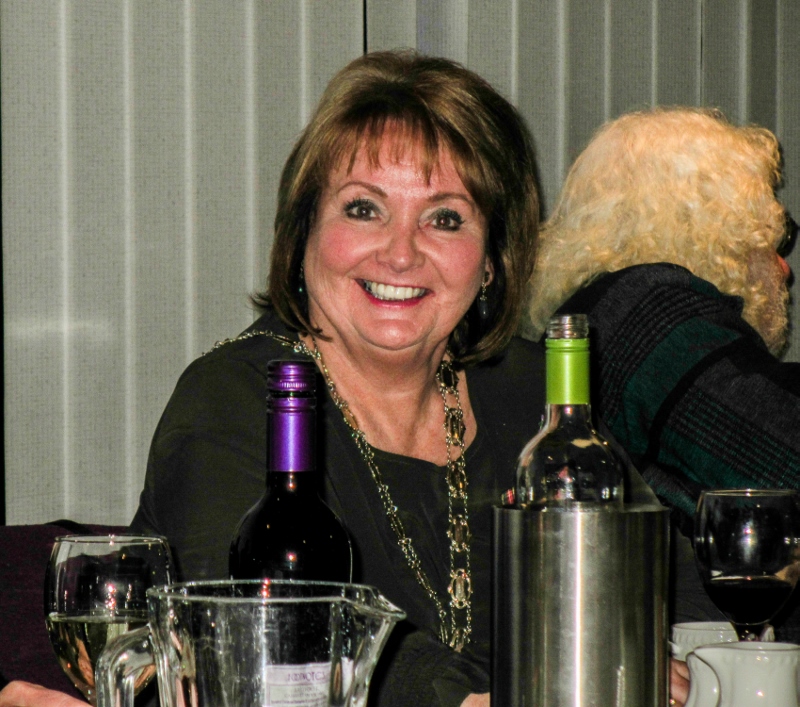 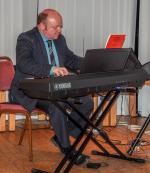 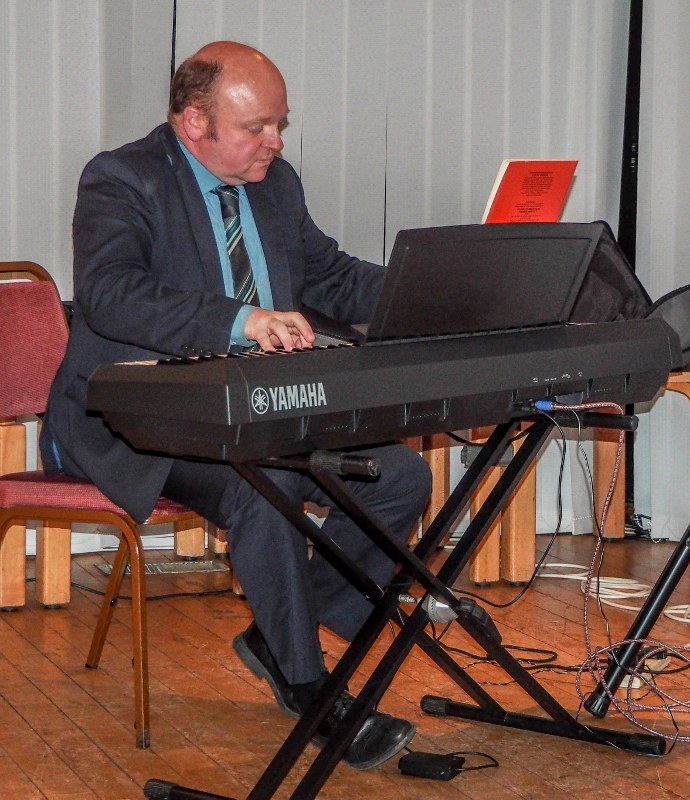 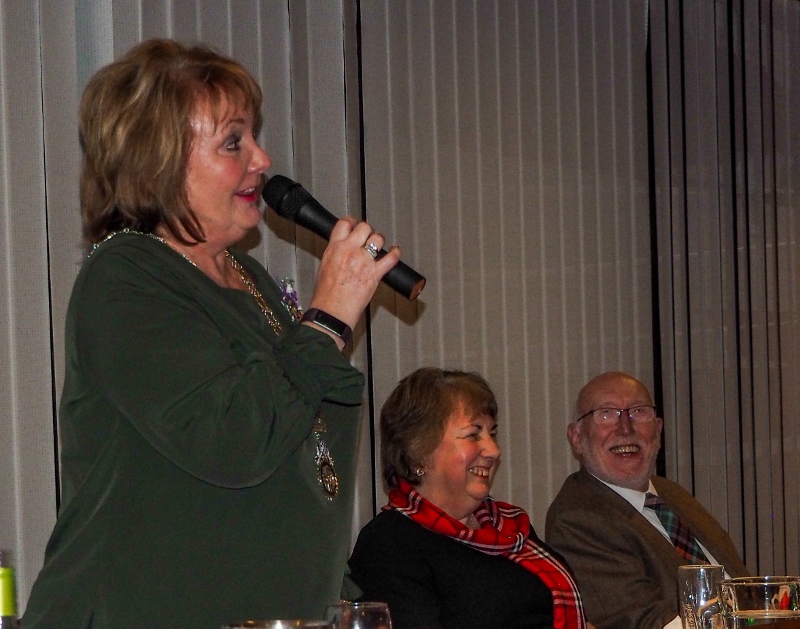 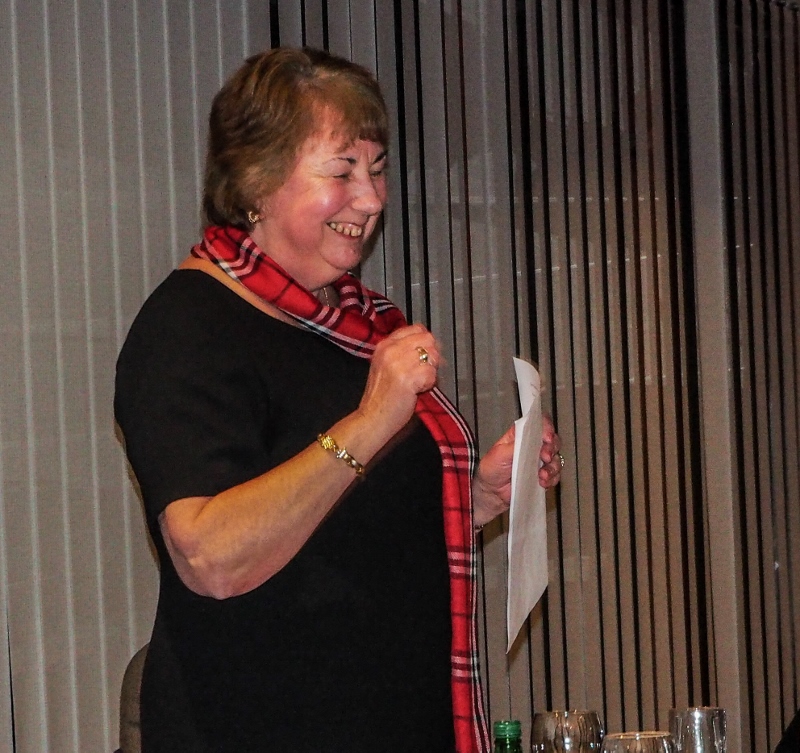 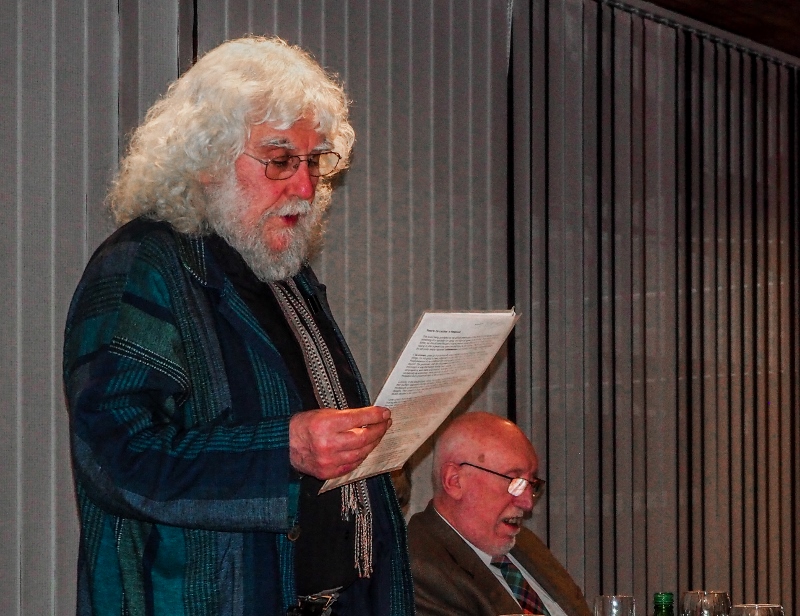 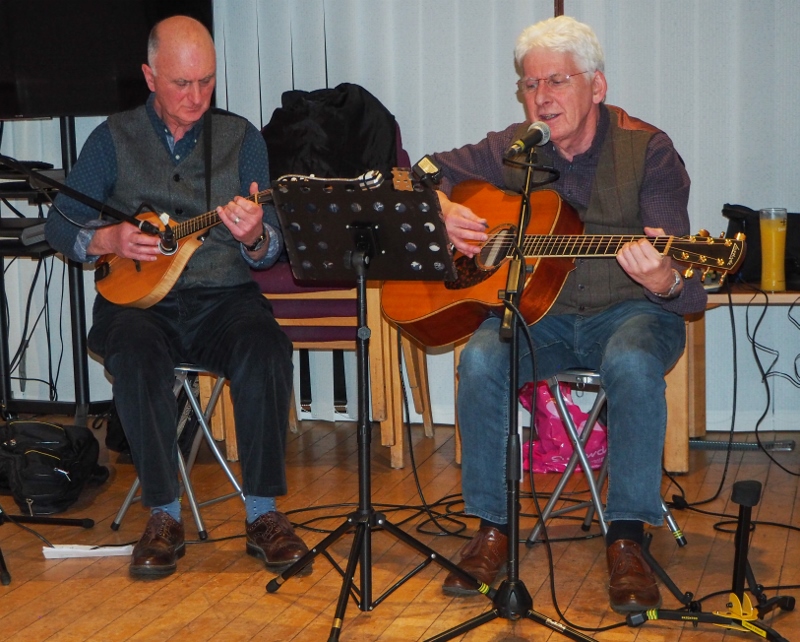 The club held its Burns Supper at Glencorse Golf Club on Tuesday 22nd January.  This was a slightly different event to that in recent years as, with a lady President currently in place, it seemed appropriate to make it a Jean Armour night.  Despite some hiccups in the days immediately before the event (more about that later), the evening went well.

To start the proceedings, the top table were piped in by former Penicuik Citizen of the Year, Vic Ramage.  Vic was not originally scheduled to be at the event but readily agreed to take part when he learned that due to illness, we urgently needed a piper.

Following a welcome and opening remarks from President Rhona Somerville the Haggis was piped in by Vic.  The Address to a haggis was delivered by Jean Lennie and the Selkirk Grace given by Margaret Carr.

Following a supper of Cock a Leekie soup and of course Haggis, Neeps and Tatties, the formal speeches were made.  First up was Jackie McDonald who in her Immortal Memory paid tribute to two of the women who had played a large part in Burn’s life, Agnes McElhose and Jean Armour.  Jackie’s speech was very informative and gave an insight not only to the two women mentioned but also, to the character of Burns himself.

Following Jackie’s speech the proceedings were halted to enable Graham McDonald to entertain us for a short while on the piano.  Graham, Music Teacher at Beeslack High School was another late addition to the programme and kindly agreed to come along as due to exam preparations, the Beeslack School Jazz Band were unable to come along in sufficient numbers.

Next up was a Toast to The Laddies from Irene Krogh.  In a kindly, humorous and well received toast Irene recognised that there are at least some merits in men.

The Reply from the Laddies was given by Gaelic poet and writer, Aonghas MacNeacail (Angus Nicolson).  He talked about his life and in particular the great influence that women played in his childhood on the Isle of Skye.

Following a short interval there was yet another late addition to the programme.  Ali Whitwell from Penicuik singing and playing guitar and accompanied by Jim Mackie on mandolin entertained us with a selection of songs which Ali called Americana.

Following a lively set from Ali and Jim, a busy evening was rushing to a conclusion but there was just enough time left for Aonghas MacNeacail to recite one of his poems in both Gaelic and English.

Finally, Norman Glendinning proposed a vote of thanks to all who had contributed to the evening and Brian Welsh led the whole assembly in Auld Lang Syne.

A night with a difference?  It sure was.  It was also great to have the support of members of the community to help make sure the evening was successful.