Typhoon Haiyan A report from the Philippines 6 months later

Shelterbox explain the continued relief process and the story after their initial response. 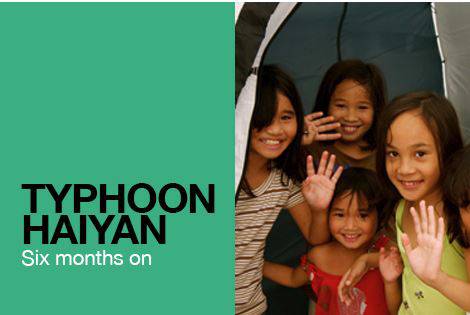 Half a year after the worst storm to ever make landfall hit the Visayan islands in the Philippines, ShelterBox is still aiding Filipino families whose lives and livelihoods were shattered on 8 November 2013.  Typhoon Haiyan was a statistical and logistical nightmare. 14 million people faced its fury, and over 6,000 of them lost their lives. In the aftermath over a million homes lay destroyed or damaged, with 3.4 million people displaced and homeless. Communications and power lines had been severed, with roads, ports and airports unusable.  Six months have passed since the typhoon, during which more than 100 ShelterBox Response Team (SRT) volunteers have worked in shifts to deliver aid to over 7,000 families, many of them in remote island communities. Almost 6,800 received tents, but in its most complex-ever response to a natural disaster ShelterBox also provided other non-food items including 10,000 solar lights, 870 water filtration systems, 2,300 mosquito nets, 445 tool kits and 30 SchoolBoxes.  This video highlights ShelterBox