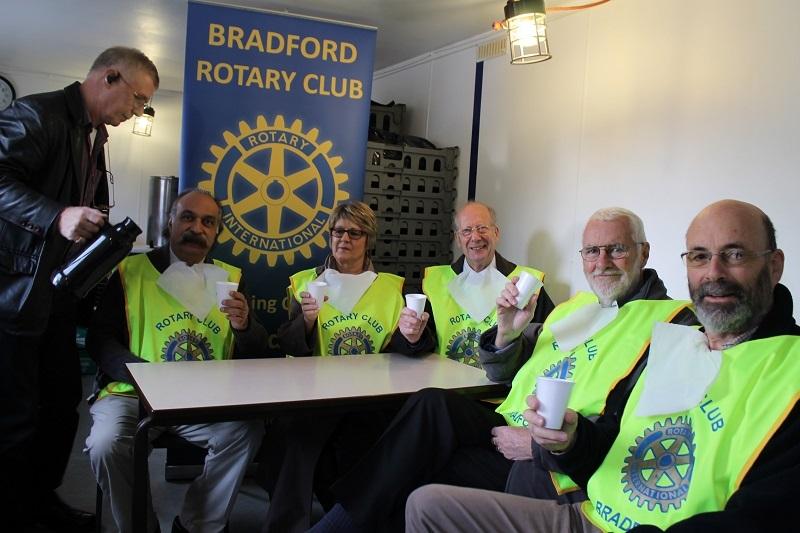 The Rotary Foundation is Rotary's own Charity and our Club has always regularly supported it. The charity provides grants to back the service project of Clubs and to provide educational opportunities for young people.  At present we target raising approximately $50 per head of membership. (This means that in all the recent years we have donated over £1000 pa)  Most of this money comes from individual Rotarians, although when there is a shortfall we do run events to make up the amount.

In recent years we have ourselves made applications for District Foundation Grants to help "Positive Lifestyle Bradford" which provides a moral education to local children, "The Bradford Soup Run" which supports those who are homeless in the city and Heaton Woods Trust who will use the money to build a childrens playground.

In addition we have also supported the Polio Plus scheme which Rotary International has run for many years and which has been so successful in eradicating polio from the vast majority of countries.

"Rotary is a service organisation with 1.2 million members in almost every country in the world, including more than 50,000 in Great Britain and Ireland. Rotarians pledge to put service above self, yet they have no specific global health mandate. They are not polio experts. They are regular people who go to work and spend time with their families.

For three decades, they have also spent time advocating for polio eradication, raising money to support vaccination and giving kids polio drops all over the world. Other partners include the Centers for Disease Control, UNICEF, and the World Health Organisation. We rely on them to excel at their jobs. But that is not enough. We also need people whose jobs have nothing to do with the health of poor people to act. That is public will."