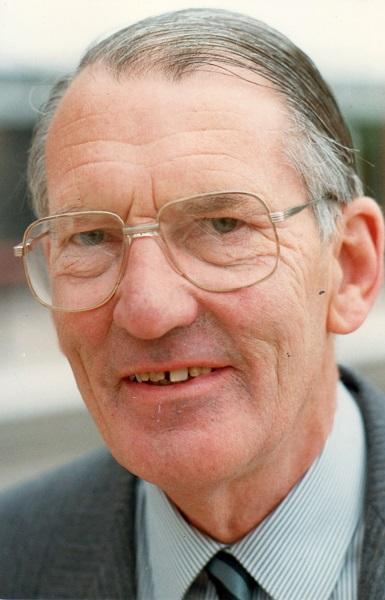 Barry joined the Club on 22 July 1966. He was a regular attender throughout his membership, serving on the Fellowship committee and later the Vocational Service committee until 1999. He ran the Club Shop for many years (this years £173 profit was the best for many a year) and was, often with Ursula, involved in our supermarket collections, doing two-hour spells until recently, when advancing years made him choose one-hour spells rather than do none at all. Together with Ursula they helped as marshals at the Grassington checkpoint on our Charity walks. He was a great supporter of social events including spring trips, evening events, barbeques and quiz nights, again with Ursula.

Barry was a true gentleman in every sense of the word. The way he conducted himself epitomised the 4-way test and he was clearly a man of great integrity. He was a model Rotarian always with time for a supportive word or gesture for others in times of need. He took his Rotary ideals into his life in the local community where he was involved with renovating tools in the “Tools for Self Reliance” charity which ships re-conditioned tools to developing countries. Always ready with interesting conversation and an interest in the activities of others he was a pleasure to enjoy a Rotary meal with. A kind and gentle man and a stalwart Rotarian for just short of 49 years. We send our heartfelt condolences to his widow Ursula, and their extended families.

Christopher Barwick Pratt - known to everyone as Barry - was the fourth generation to be involved in the family furnishing business, formerly Christopher Pratt and Sons, which was based for many years in North Parade, Bradford.

After attending Prince Henry's Grammar School in Otley and Bradford College of Art, Mr Pratt joined the family business as a furniture salesman in 1940 - 100 years after the company was founded by his great-grandfather.

After joining the firm, he gained experience in all departments.

On his father's retirement in 1958, Mr Pratt was appointed a director and took charge of the cabinet-making department which specialised in fitment furniture and he later became furniture buyer.

He was appointed managing director and company secretary in 1965, holding the same position as his father, grandfather and great-grandfather, an unbroken link of four generations.

During the war years he was a member of the King's Own Yorkshire Light Infantry, serving in the UK from 1943 until he was demobbed in 1949 with the rank of Sergeant.

Mr Pratt retired in 1989 after working for the family firm for 49 years. His brother, David, took over as chairman and completed 45 years' service.

The brothers often teased one another about who had given the most service.

Mr Pratt's daughter, Liz Chadwick, paid tribute to him as a kind and thoughtful gentleman.

"Dad was a very loyal and considerate man who always had a witty comment for everyone. Many cards we have been sent refer to his sense of humour.

"He was very proud of all his family as well as the business. He had a love of furniture even after retirement when he made some lovely pieces.

"As kids he would make us fantastic wooden toys and later made them for the grandchildren," she said.

Mr Pratt, who lived in the same house in Lower Baildon all his life, was also a keen Rotarian in Bradford and a committed Methodist.

He attended his final Rotary meeting just last month and had previously held positions of trustee and chapel steward at Baildon Westgate Church.He also enjoyed repairing hand tools for the charity Tools for Self Reliance which works with projects across Africa.

He is survived by his wife Ursula, whom he wed in 1958, and their four children and six grandchildren.

A service of thanksgiving will take place at Baildon Methodist Church on Wednesday, July 22 at noon, followed by cremation at 3.20pm at Nab WoodCrematorium, Shipley.