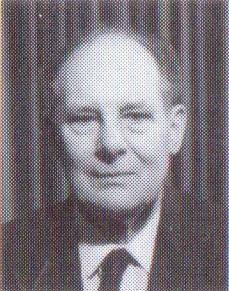 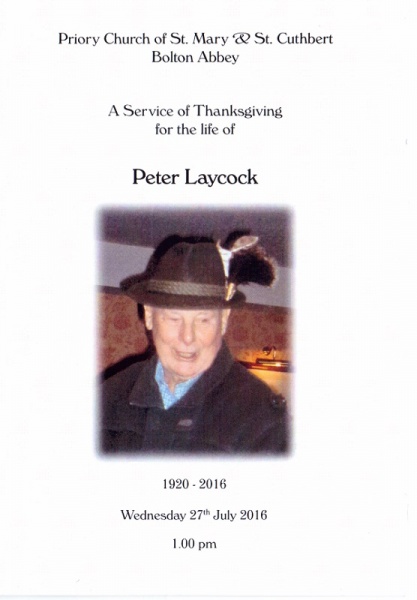 Members were saddened to hear of the passing of former member Peter Laycock on July 5th 2016. He was a member from 1962-92 and a again from 1996-2012. His classification was Mohair Suitings Manufacturer, a product in strong demand for both ladies’ and mens’ fashion. Born on 1920, he served in the second war in the British Expeditionary Force and ending up in Burma and fighting until the Japanese surrender. He followed this up with membership of the Burma Star Association. He travelled widely in business and represented his family company in Europe, Africa and the Americas where his language skills were invaluable. He developed a keen interest in the Bolton Priory Church where he was a guide and any donations from his illustrated talks about his travels were donated to this Church. He was also a keen bridge player. In December 2012 he had a fall at home and while recovering in hospital he fell again, more severely, and this left him as an invalid relying on the support of his wife Jenny and Burley Hall nursing home. We offer our condolences to his wife and family and remember him as an enthusiastic Rotarian who was excellent company at our lunch table. His funeral is at Bolton Priory Church on Wednesday July 27th at 1.00pm. John Parker and Geoff Toothill.