Rotary Club of Worthing - 'Service Above Self' 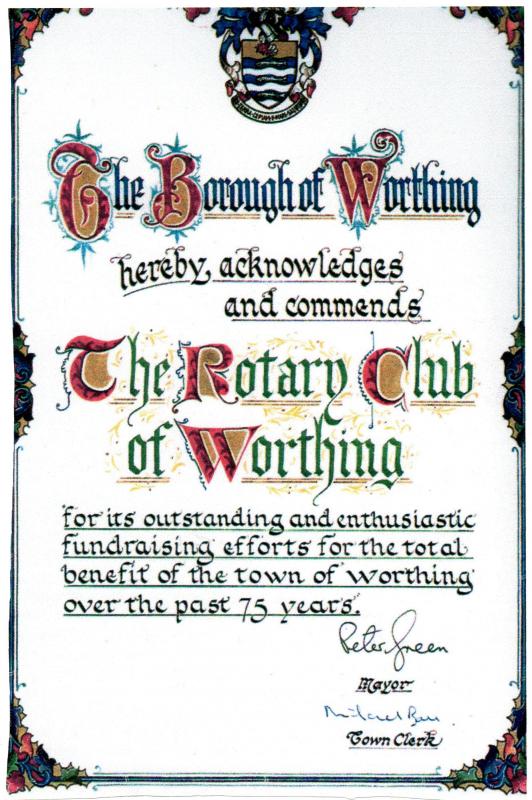 It is not well known that the annual Worthing Rotary Carnival and Procession which takes place on the weekend of August bank Holiday was set up to fundraise for Worthing Hospital which pre-NHS was supported entirely from donations from the public - and the local authority which gave it little support. Our club, founded in 1922, has a long and distinguished record of service to the local community and beyond as will be seen.  In fact many of the organisations that continue to this day were either founded or strongly supported by Worthing Rotary Club. Below are listed some of the good causes in which we have been involved:-

At some stage in our history our club owned a plot of land on the north side of the Upper Brighton Road . It was converted into a recreation ground and  became known, as it is today, as the Rotary Recreation Ground. The club were responsible for it for a time but decided that it was difficult to administer.  Rotary therefore passed the ownership of the land as a gift to Worthing Borough Council in perpetuity on the understanding that it would be maintained as a recreation ground for the benefit of the youth of the town and so it remains to this day.

1928 Brynmawr In the 'Great Depression' the Welsh community of Brynmawr suffered more than most with poverty and unemployment. The Rotary Club of Worthing learned of the crisis and started a fund to alleviate the local population's hardships. A Cardiff paper wrote:'. No town has suffered as much as Brynmawr; that was the distress that the people of Worthing, led  by the Rotary Club, set out to alleviate. The Sunday Times commended Worthing for the fine example it had set. The Lord Mayor of London opened a relief fund. In December 1928 the Prfime Minister Stanley Baldwin wrote a letter to the Mayor of Worthing praising the town for the practical way in which it had set an example to the country.

1936 Our club with Worthing Round Table sponsored the building of the Worthing Boys' Club premises in Ivy Arch Road and we have supported them ever since both through having had members on its committee and providing funds from time to time.

1930s  Our club was very supportive of the Council of Social Services and a number of Rotarians helped . A history of the time records that ' without Rotary's steadfast support the Council of Social Service would have had exceedingly difficult financial trouble to face'.  Fundraising heavily involving our club members led to the building and opening of Methold House, now known as GuildCare, which has expanded in many directions for the welfare of elderly people, with day centres, carers and several homes for the elderly.

1933  The Queen Alexandra Hospital Home, better known as 'Gifford House,' moved to Worthing. Our club ,West Worthing Rotary Club and Round Table took an active role in helping the seriously disabled ex -service men to settle in, took them out to get fresh air and had representatives on the governing body.

1945 Worthing Refugee Committee was founded by Worthing Rotary Club to assist Jewish and other victims of the Nazi regime who had fled to Worthing. Much money was raised to assist these unfortunate people. The committee did invaluable work until Autumn 1950 when its task was completed..

1948 Rotary in Worthing set up the League of Friends of Worthing Hospital as it was realised that, good as the NHS was, some extra creature comforts for patients and staff at the hospital would be desirable and for years the ladies of Worthing Inner Wheel, the female counterpart of Rotary served in the hospital shop as volunteers.

In the intervening years our club has continued to work to fundraise for good causes both at home and abroad and these activities would take many pages to record - and of course many social events have occurred.

1973 saw an important development with the opening of St. Barnabas House Hospice in Worthing. Four Rotarians from our club were on the founding committee including Dr Gusterson an anaesthetist and GP whose vision it was to build a place where terminally ill people could be given palliative care and treated in a calm and loving environment. They launched a fundraising appeal and the public, institutions and organisations weighed in, including our club, and the target was eventually reached and a site in Worthing in the Durrington area was found. Building commenced and the hospice was opened in1973 with Dr Gusterson its first Medical Director.  In the last decade a brand new very modern purpose-built hospice on a new site has replaced the original building which had ceased to meet its purpose.   Chestnut Tree House Children's Hospice was opened in 2003 to complement  St. Barnabas. A large fundraising campaign had taken place and with some money from St .Barnabas a magnificent building was erected at 'The Dover' on land donated by the late Lady Sarah Clutton, a member of the Norfolk family. One of our club members has been involved with both hospices from 1978 until the present time, serving as hon.treasurer for seventeen years and chairman of the finance committee of both, a trustee for twenty four years and since 2000 a member and hon.treasurer of one of the local 'Friends' Groups. Thus our club has had continuous connection at a senior administrative level for thirty years with the hospices from the original founding in 1973  of St. Barnabas to 2003 when our member stepped down as a trustee, then working as a volunteer in his local community, to the present time. Over the years our club has made many donations and given practical help to these most worthy causes.

1980 To mark the 75th anniversary of Rotary International the three Rotary clubs of Worthing, Worthing Steyne, West Worthing and Worthing laid out a Scented Garden in Steyne Gardens for the benefit of the blind.

This account brings us to 1980 and some of the projects recorded so far relate to new buildings but whilst we haven't recently helped to add to the Worthing building stock we have continued to be very busy indeed with new ventures and a continuance of our support for a number good causes which we have espoused for a very long time.

In summary we hope that it has been demonstrated that our club has been a source for good in our local community and abroad. Today more than at any time we need to continue our work and that means new members to ensure renewal of our team.  If you would like to join us please get in touch -  see our home page for how to do so. If you decide to join you will not regret it!

In 1997 to celebrate our club's 75 years of service to Worthing the Mayor presented us with an illuminated address a photgraph of which accompanies this article. 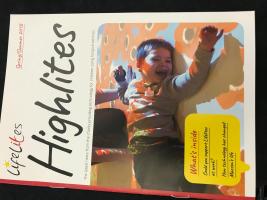 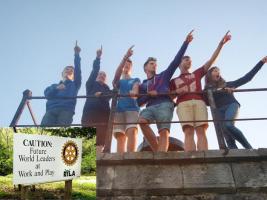 Rotary Club of Worthing - 'Service Above Self'

This is a Rotary competition to encourage young people to exercise their talents with the written word.

Sue Baldock, immediate past president hands over a cheque for £1000 to the local homeless charity 'Turning Tides'.

Three Forts Marathon and Half Marathon. 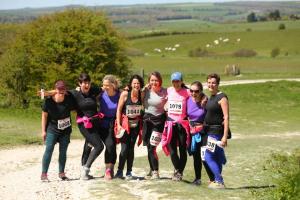 The Three Forts Marathon is the special one as it is approx 27.2 miles and covers rough terrain and steep climbs. The proceeds go to a local charity. 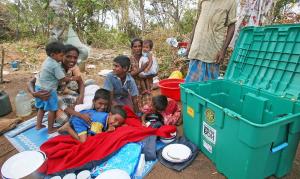 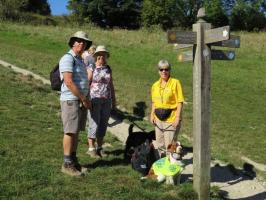 Two young men. nominated and sponsored by our club who visited us to receive their RYLA Award Certificates 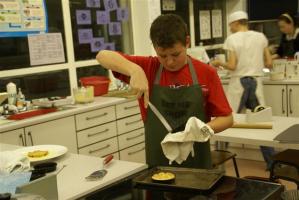 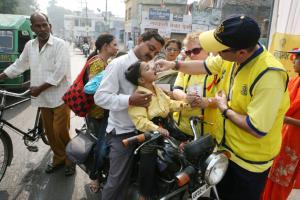 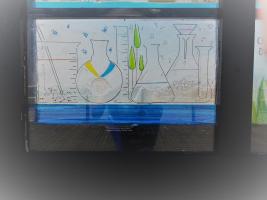 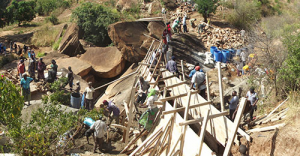 The picture shows a larger project than ours and illustrates the scope of sand dams that can be used for quite big communities. 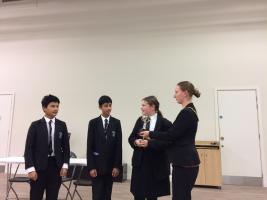 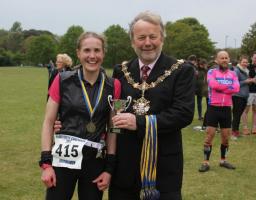 Photo of Claire Rogers overall winner of the Three Forts Marathon 2017 with the Mayor of Worthing Cllr.Sean McDonald. This was a remarkable achievement. 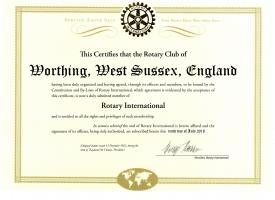 The new certificate is reproduced herewith. We shall celebrate our centenary in 2022

The exhibition takes place every 2 years, the last one being at the Charmandean Centre on Saturday 3rd March 2018.

Rotary International: What is it and What does it do?

A potted history of Rotary International 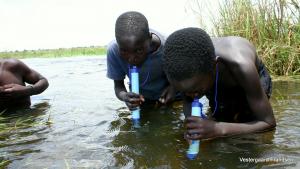 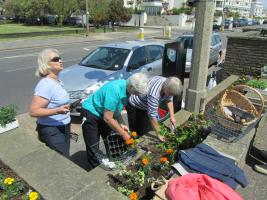 A miscellany of pictures

Application for Financial Assistance from our Club 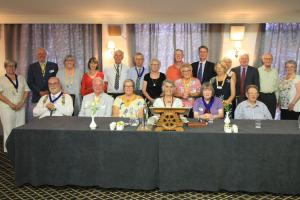 Photo marking the beginning of the Rotary year on 1st July 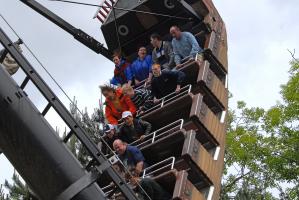 Rotary Kids Out Day, held each June, is supported by Rotary Clubs throughout the country 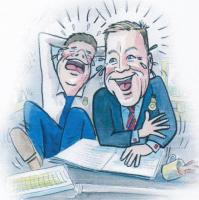