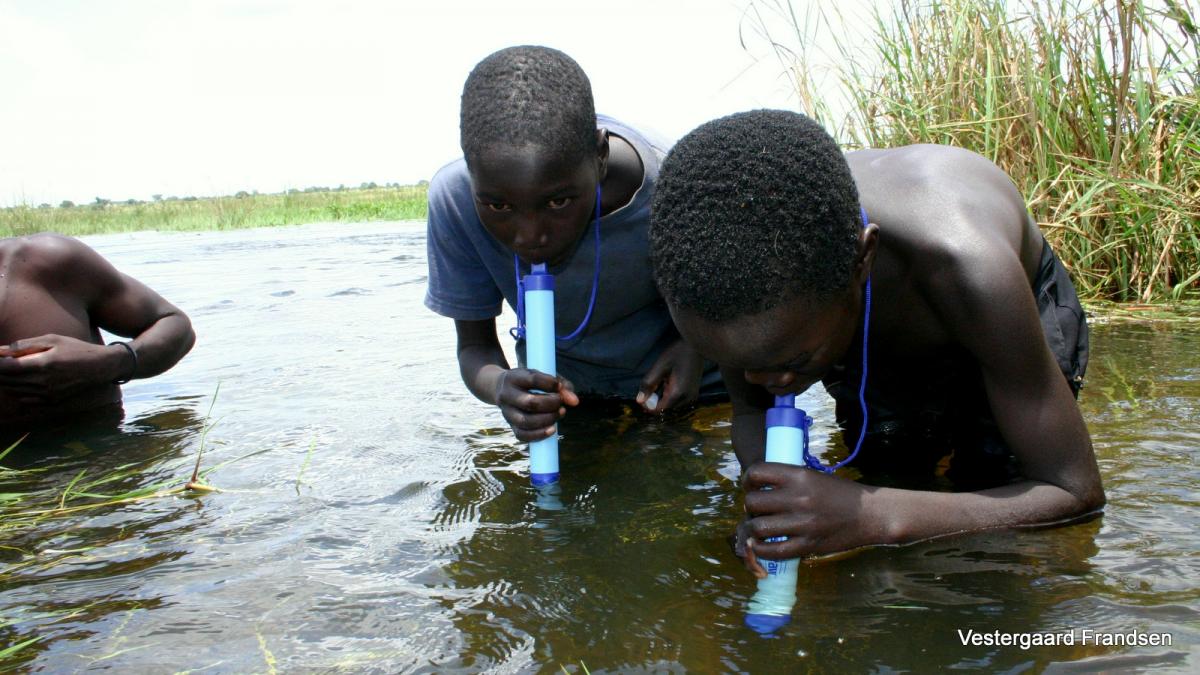 Our club had a visitor from the Rotary Club of Brynmawr who told us about a wonderful device which has been developed to make contaminated water drinkable.

One of the major causes of disease in third world countries, if not the most important, is the lack of readily obtainable drinking water. Life Straws provide a simple solution and can be easily used as you can see from the picture. We have held two events to raise money for the charity   Our club used the proceeds of a special austerity lunch to raise money for this charity and later we held a quiz on 21st September 2018 and raised over £550.