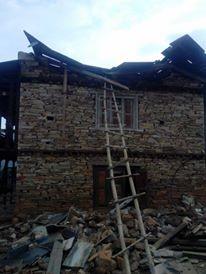 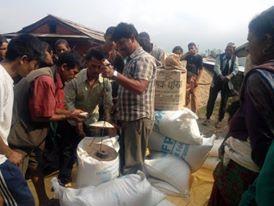 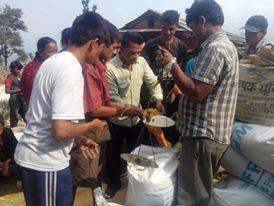 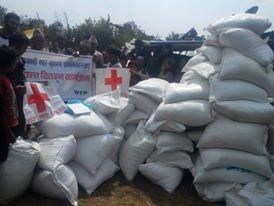 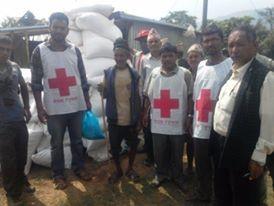 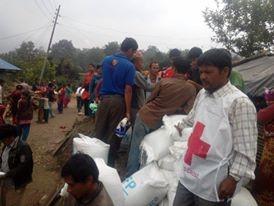 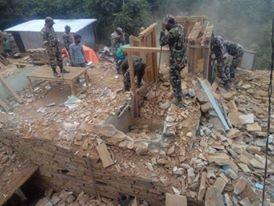 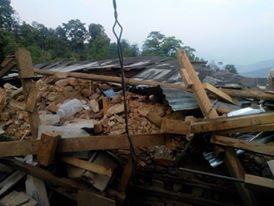 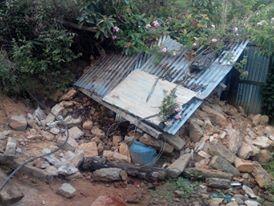 A team of doctors and soldiers finally reached the village on the 8th May and camped out on the school grounds and at the damaged health post. The soldiers went from family to family, entering the damaged houses and bringing out personal possessions and any surviving food supplies. On Sunday 10th May the school re-opened for those children who were able to get there. Ten classrooms had been hastily constructed using galvanised sheeting. On Tuesday 12th May disaster struck again, and the village found itself almost at the epicentre of another powerful earthquake. The remains of the houses damaged by the first earthquake were further ruined. The newly constructed temporary classrooms were destroyed. The dirt road up to the village was also destroyed. This time the helicopters arrived within hours to evacuate the wounded. The soldiers have stayed on to help rebuild temporary shelters for the villagers. Powerful tremors shake the village several times a day. There can be no thought of rebuilding anything more permanent until the ground settles, and any new buildings will have to be able to withstand the risk of future shocks.

Almost all the buildings in the town of Charikot, 3 hours from the village and the only town between the village and Kathmandu, have been damaged. Shops and banks are closed as people are afraid to enter the ruins and access to goods to purchase is becoming very limited.