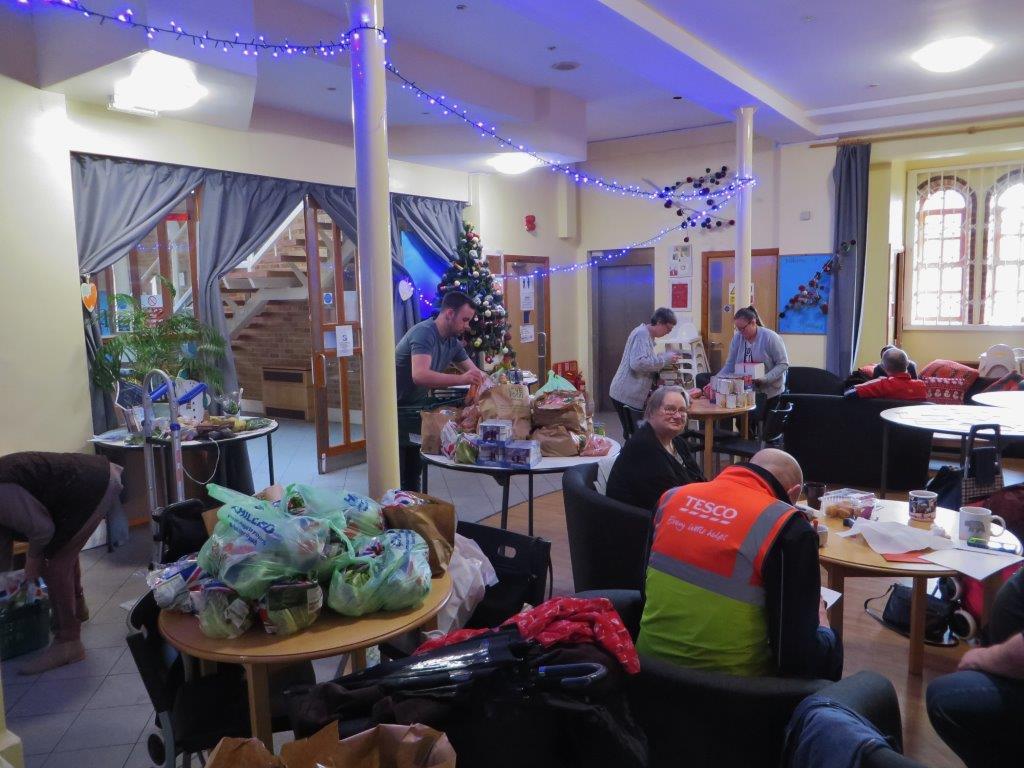 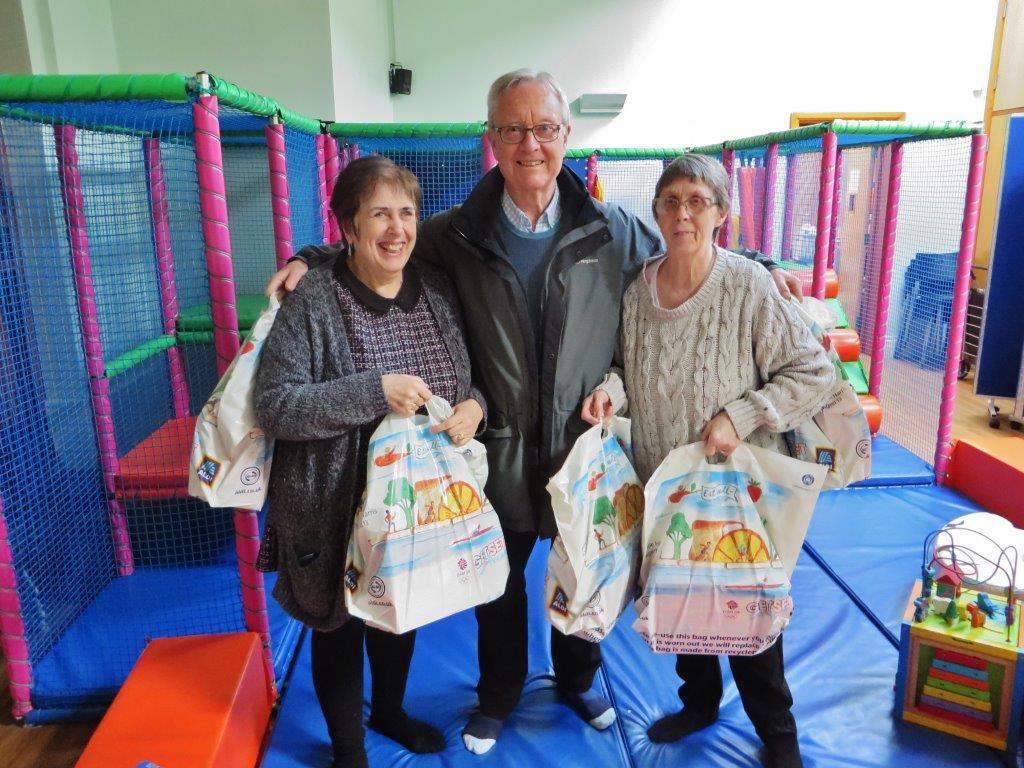 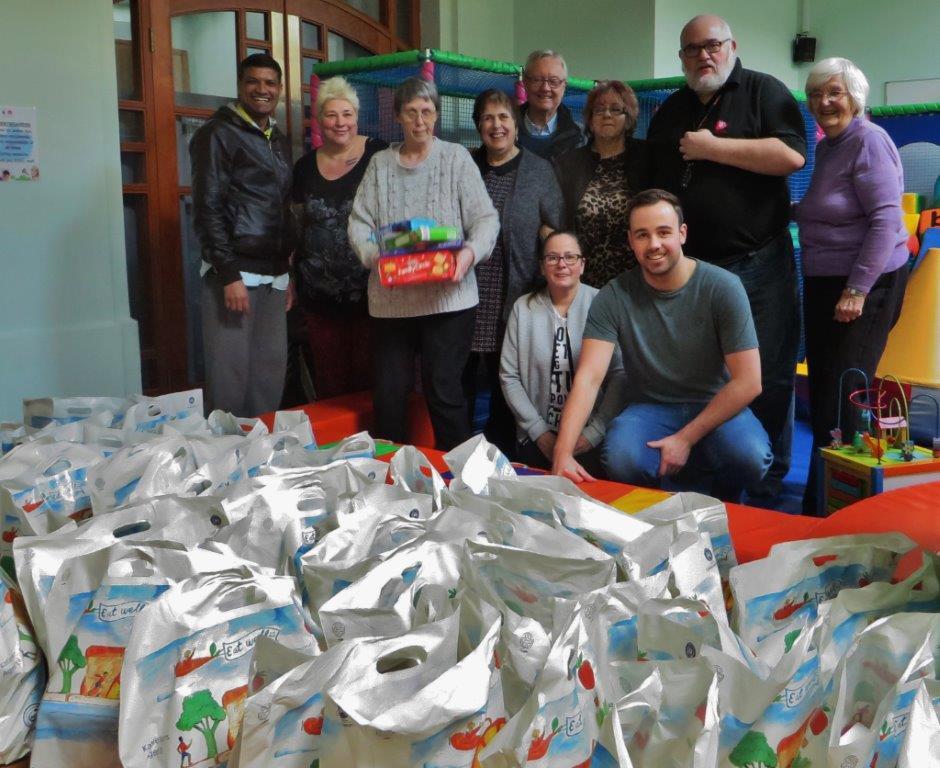 Fear not, things aint that bad in the Boyd household. But, on a wet Wednesday in December Peter Boyd, ably assisted by yours truly, delivered fifty bags of assorted goodies to the St Martha’s Foodbank in Broxtowe. Margaret was pleased to see them leave the house, so she could finally start preparing for her own Christmas. Plus, Peter going out would give her some peace and quiet! The bags, funded by Rotary will form just part of the food parcels which will ensure that 50 families, over 200 people, will get a Christmas dinner at home. While we were there, Tescos were delivering a van full of produce, chickens and other delights for the project. About twenty volunteers were shifting stuff and sorting it. Interestingly, everything had to be weighed so that they could determine how many kilos of festive foods had been distributed. Everyone had a job to do, one guy sat drinking coffee thinking about what needed to be done, another lady was utilised as a door stop while Rotary and Tescos were rushing in and out with trays and bags. The vicar, June Kirkham, smiled while she held her head in her hands as all around her seemed to be organised chaos. I think she was praying for deliverance, well for the parcels to be delivered so she could get her Church back in time for Sunday.  Carol, who Peter assures me was in charge, took everything in her stride, even when Peter invited her and the vicar into the soft play area for a photograph. The volunteers were amazing, and they all took time out to be photographed with Peter. But the star of the show was the young lady that made me a nice cup of coffee. The exercise was a thoroughly uplifting experience and I have nothing but praise for St Martha’s and their wonderful volunteers.