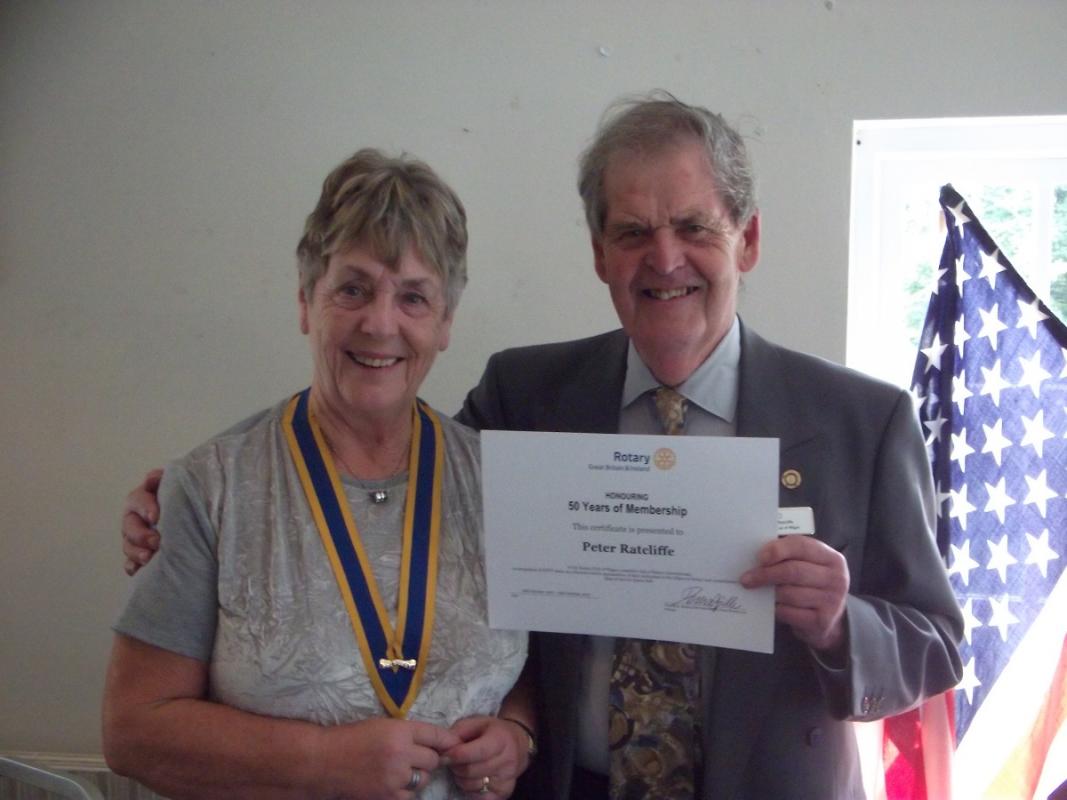 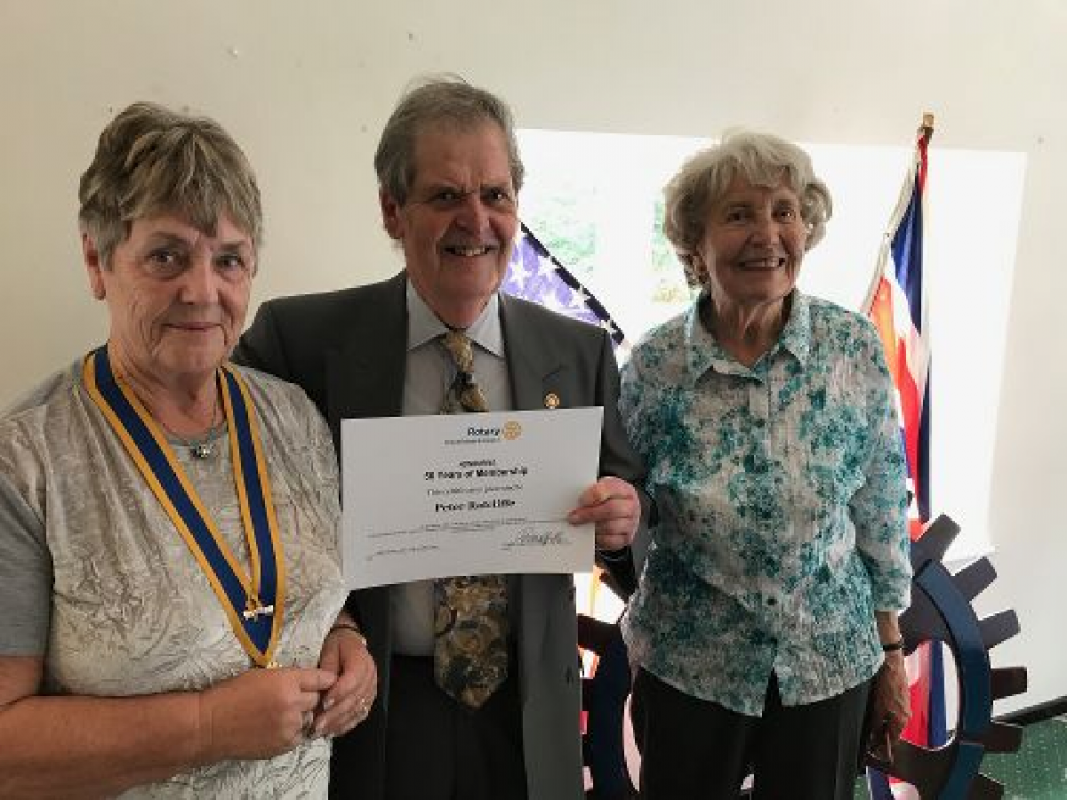 At a lunch meeting recently President Gwyneth Millard had the great pleasure of presenting Rtn. Peter Ratcliffe with his Long Service Certificate to celebrate 50 years of membership of the Wigan Club.  Peter joined Wigan Rotary in 1967 and through his terrific enthusiasm he became a great Rotarian.  In his own words he describes himself as having “one good point-if I could only remember what it was – I used to call it youthful enthusiasm, but now I just say enthusiasm!”

On becoming a Rotarian Peter said he was given one golden rule which was “If the President asks you to do something, do it!” which encouraged him to work on many Committees.  He led the Group Study Exchange Team from District 1280 to Japan in 1981. The exchange provided an opportunity for young professionals to experience the vocational and cultural aspects of a different society through living with Rotarians and their families and meeting with a similar team from the other side of the world. The visit made a lasting impression on Peter and his team.  He was one of the members instrumental in setting up Rotaract saying “Here is another opportunity for the Wigan Club to use its expertise in starting other organisations and we intend to start on this one straight away.”  Peter is also a great supporter of the Rotary Foundation.

He became President in 1979 and his over-riding theme was fellowship within the Wigan Club and District 1280.  Peter said” I will be content with memories of a year in which we all enjoy our Rotary and our Wigan fellowship, and a year in which we made new and lasting friendships”.  Whilst he was President the club he offered great support at the OIOM Conference in the Isle of Man to Wigan Rotarian George Merriman, who was the District Governor.

Peter was presented with his second Paul Harris Award by President John Walls in March 2012 as further acknowledgement of his continued dedication and service to Rotary.  In actual fact he is the holder of four Paul Harris Fellowships, some awarded some purchased.  Amazingly he was also awarded the Rotary Foundation Citation for Meritorious Service by the District, when he was active at District and he is understandably very proud of this.

Married to Jean with four beautiful daughters and seven grandchildren, he is family man.  He retired from quarrying having created a very large hole in Upholland.  He is a very keen gardener, Magnolias and Rhododendrons being his greatest interests.  He has created a wonderful garden with beautiful collections of plants and trees which he “opens” to fellow Rotarians and others twice a year when blooms are at their best.  He acknowledges the terrific support he has always had from his wife who has backed him up and helped in every way possible through all their married life.

He is extremely well travelled having visited many countries, one favourite being Japan.  He gives talks to Wigan and other Rotary Clubs on his favourite subjects and is now a follower of Face book and Twitter.  Peter is a mine of information of most subjects.