Wigan Rotary President Gwyneth Millard recently had the pleasure of presenting Rotarian Terry Hogan with a 15 year service certificate.  Terry Joined the Wigan club on 7 Nov. 2002 following an invitation from his good friend Peter Hoddinott who was a Past President.  Initially Terry spent 2 years on Community Service and then in 2005 he became Chair of Vocational (for 6 years) and was co-opted to Council where he did a 10 year stint. 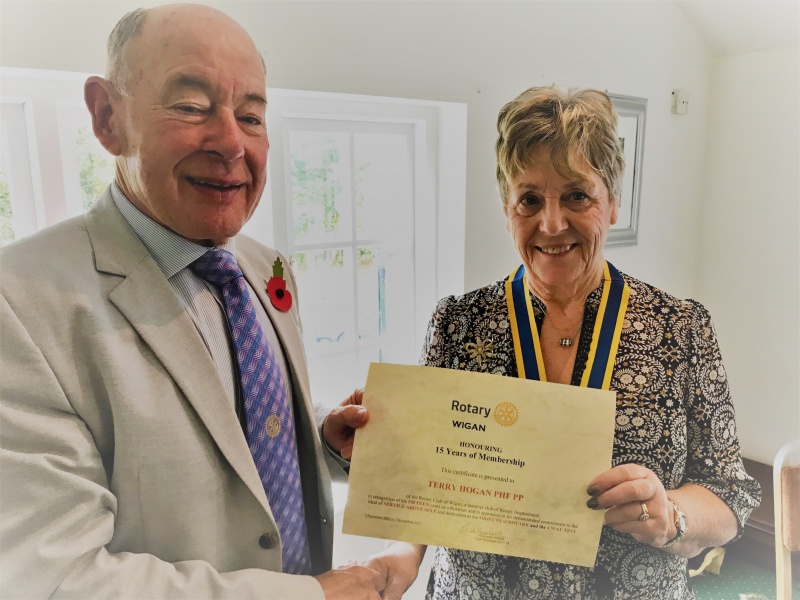