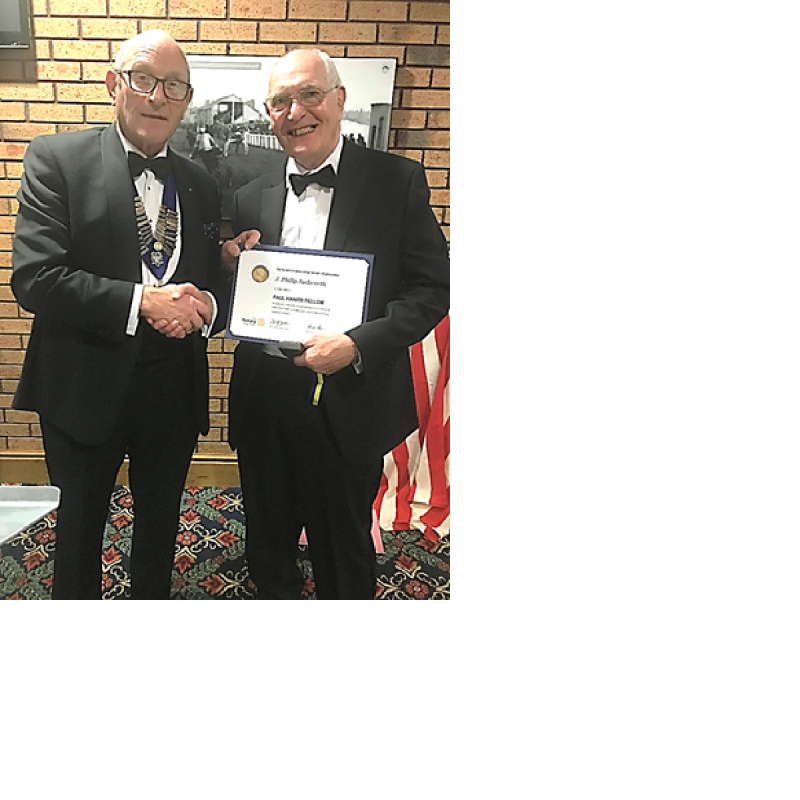 Volunteer of the Year and Paul Harris Fellow

Philip Sudworth of Wigan Rotary Club was nominated for a Lifetime Achievement Award at the recent Volunteers Awards for Wigan Borough.  The judges decided instead to give him the top award of Volunteer of the Year.

The citation was: “He has shown consistent dedication and personal commitment to volunteering, displaying care and support to people from all walks of life through various projects and activities. A selfless, passionate and respected member of the local community supporting and guiding people throughout.”

He has put over 10,000 hours into running Wigan Child Contact Centre, which provides a facility for children to meet with parents or other relatives  they wouldn’t otherwise see.  Inspectors declared it to be “a fantastic centre with a wonderful atmosphere.” During the 1980s’youth unemployment crisis he initiated two community programmes with the local churches. So many of their employees successfully moved on into permanent work that the group was asked each year to expand to take on more young people and supervisors until they were employing 73 people.  Philip was the secretary and the treasurer for both schemes and handled all the financial arrangements for an annual turnover the equivalent of well over a million pounds these days.  Other activities over the years have included a mid-winter adventure taking caravans down to the earthquake zone in Southern Italy, hosting two Chernobyl-affected children for three weeks each year for 10 years, running youth sports teams, cleaning the toilets in a refuge for down and outs, and organizing parties for disadvantaged children.

“Awarded to Philip Sudworth in appreciation of tangible and significant assistance given for the furtherance of better understanding and friendly relations among peoples of the world.”

Wigan Rotary say well done to Philip on both counts.