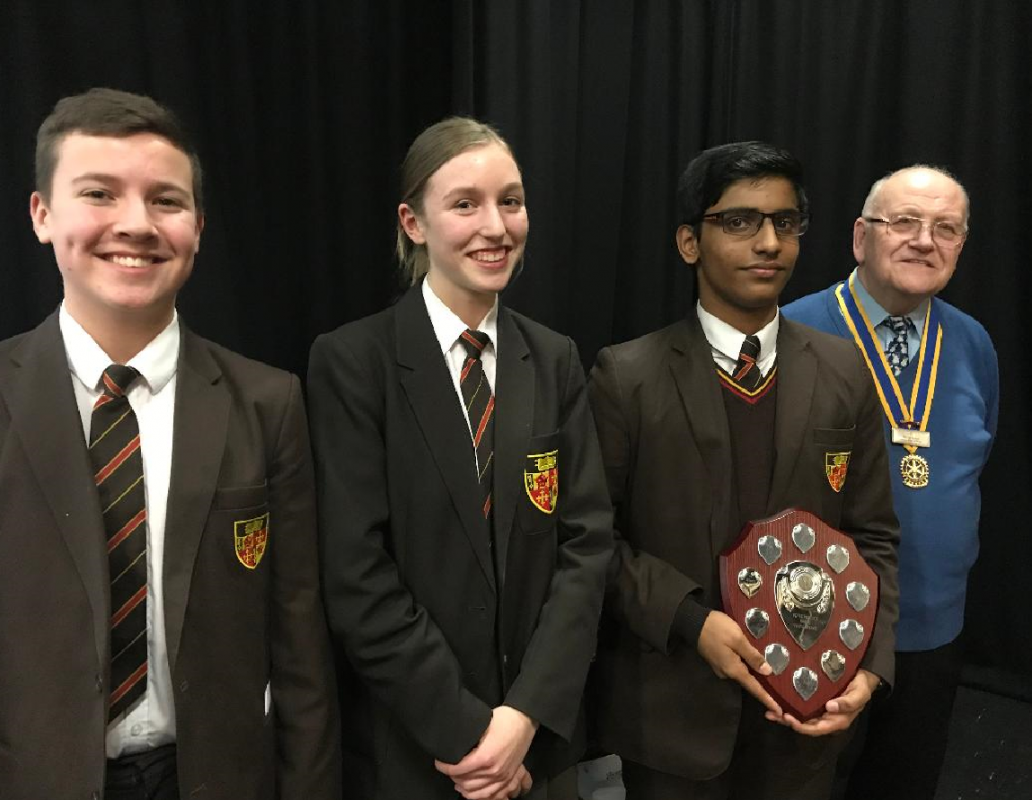 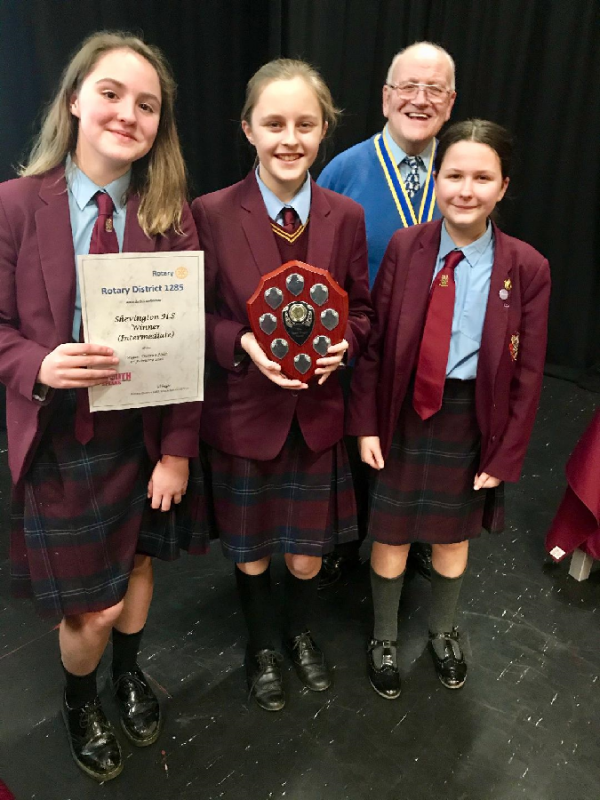 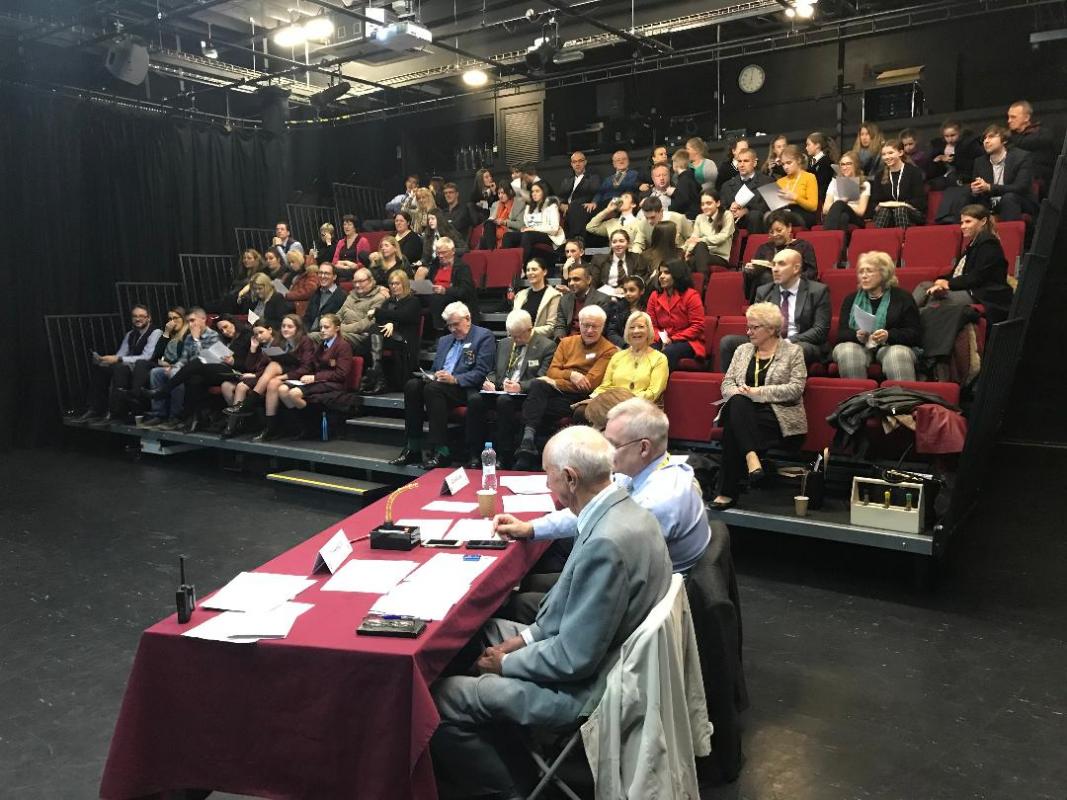 Wigan Rotary Club hosted the District heat of Youth Speaks at St John Rigby College. There were four Intermediate and four Senior teams competing for a place in the finals in March

The audience of parents, teachers, friends and Rotarians were treated to a standard of speaking from the young people which improves year on year.

Subjects chosen were varied. The programme began with ‘Life is what you make it ‘– an explanation of a Swedish-born learning process in which the students take total charge of their learning. It ended with ‘Government investments and Our Future’. In between we were treated to carefully prepared speeches about such varied subjects as freedom of expression, climate change and social media.

Chief Judge, Mrs Anne Bouget, commented on the high standard but also gave some useful advice for improving to an even higher standard in future.

The winning team in the Senior Section was St Peter’s Catholic High School who were presented with the Peter Hoddinott Shield.

The winning team in the Intermediate Section was Shevington High School who were the first recipients of the Terry Hogan Shield. Rotarian Terry had first introduced Youth Speaks to Wigan Rotary Club some 12 years ago and it was felt that this shield was a fitting tribute to his hard work.

The two winning teams will now go forward to the District Final to be held at Forest Hills, Frodsham on March 1st. We wish them luck