Images from the Day 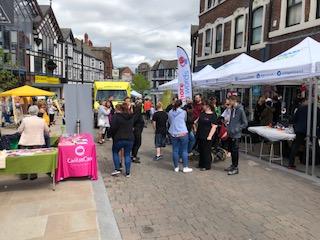 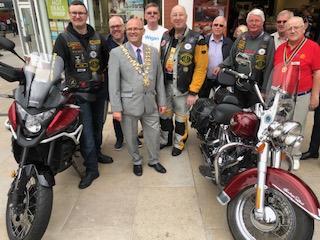 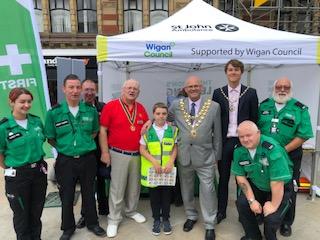 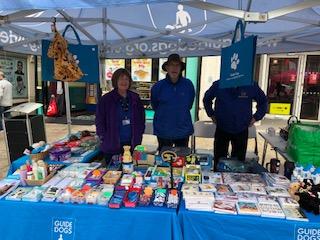 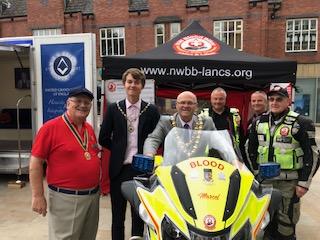 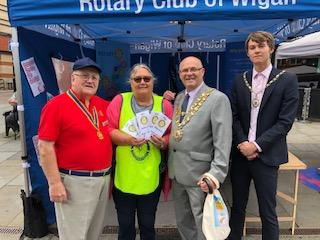 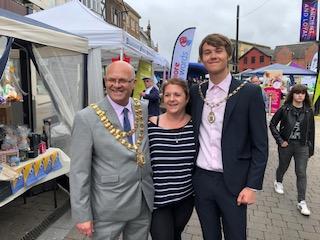 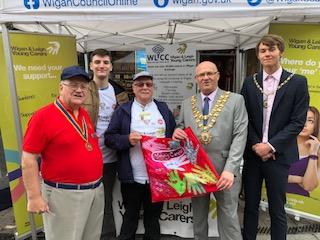 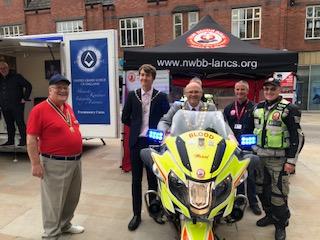 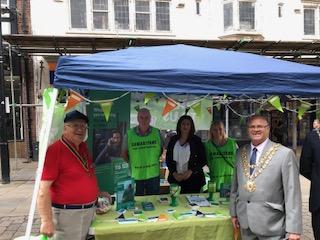 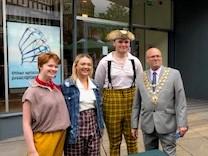 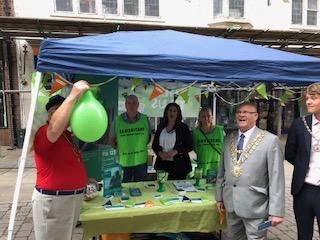 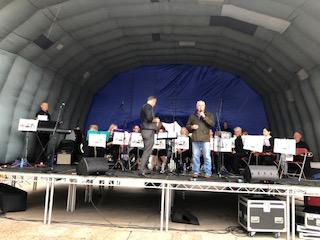 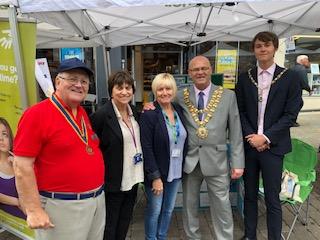 We did it again!  The   biggest  and  the best Community Day yet.  Wigan Rotary Club had the centre of Wigan buzzing with activity.  On Saturday 6th July this year, 2019, Standishgate once again vibrated to the sound of the The Really Awful Orchestra, followed by Wigan Music Service, Orrell Music and Dramatic Society, More than Words, Living Life, and 3 individual soloists.

All along the street approximately 65 representatives of many local charities, who had been brought together by the Rotary Club of Wigan, were in full flow telling the shoppers about their good causes, seeking to recruit volunteers and passing on information.  Others raised much needed funds so their good work can continue.  There was a great atmosphere and the Mayor, Cllr Steve Dawber, accompanied   by his son Oliver, toured   all the many stalls chatting to the participants.  It was agreed by all that it had been a fantastic memorable day.

Wigan Rotary Club President, Mervyn Reeves   said “We have been very impressed by the number of organisations who responded to our invitation.”  He continued “we were so pleased to bring it all together and meet all the participants and the people who came and joined in the spirit of the day which was once again quite unique’’.

There was a really tremendous atmosphere this sixth year.  Wigan Rotary also had their own stall manned by Wigan Rotarians to promote the work that they do and to encourage more people to join Rotary.  It was   a very worthwhile experience and one which the Club hopes to repeat next year.  Once again it   would be open to all local charities, local branches of national charities and recognised good causes, at no cost to them.  The Wigan   Rotary Club thank the Wigan people and Wigan Council departments for their amazing support and enthusiasm.

Photos:   Several of the stalls and including   the President Mervyn Reeves with the Mayor and his son and the Rotary stall with  members of the Club on duty.