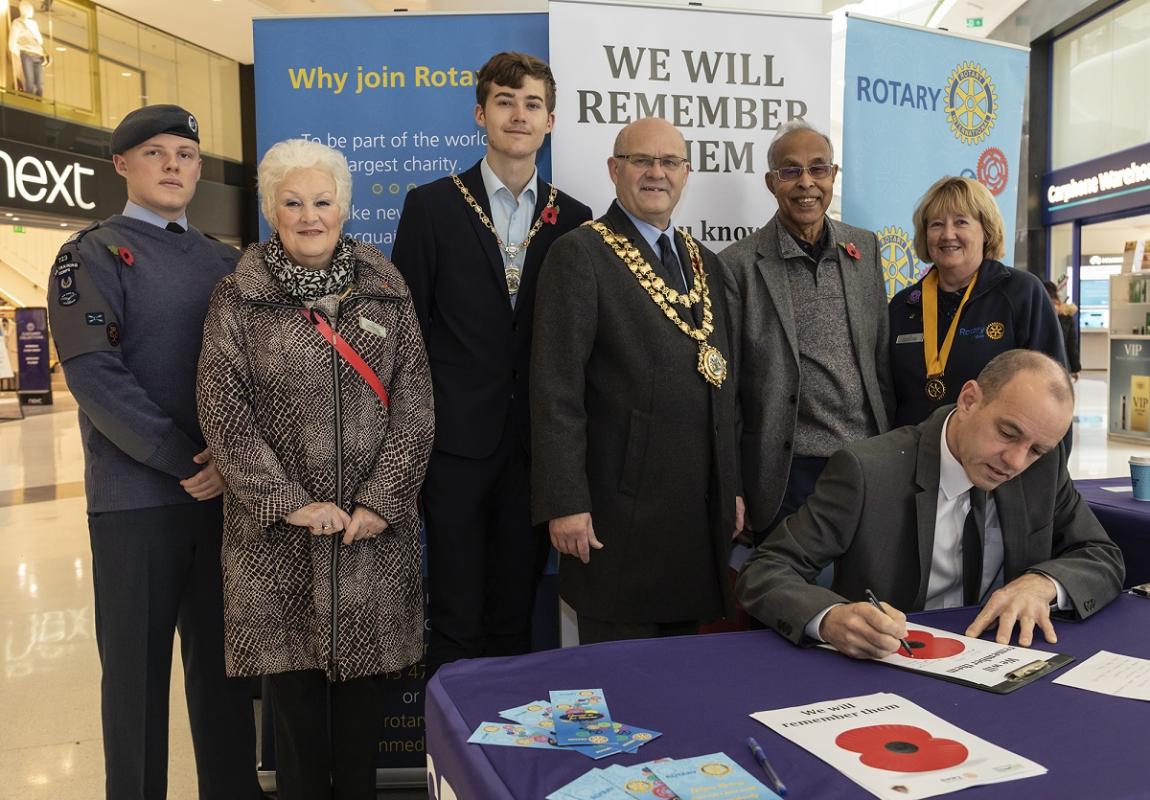 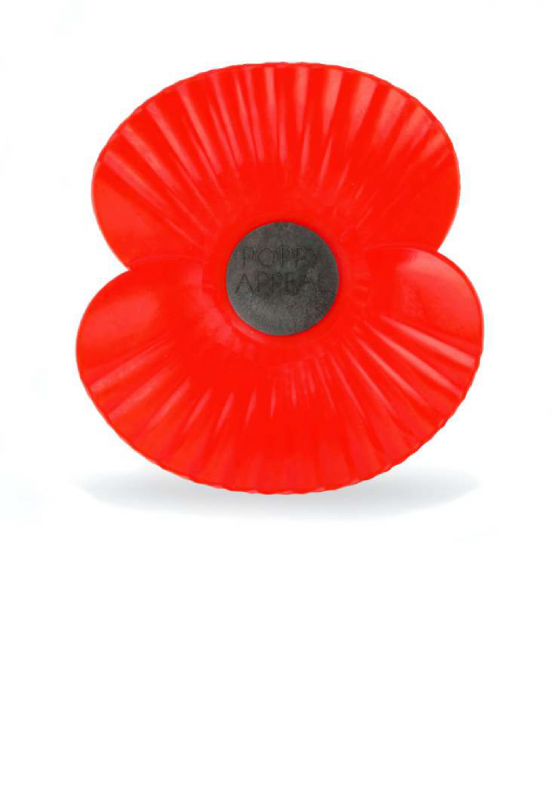 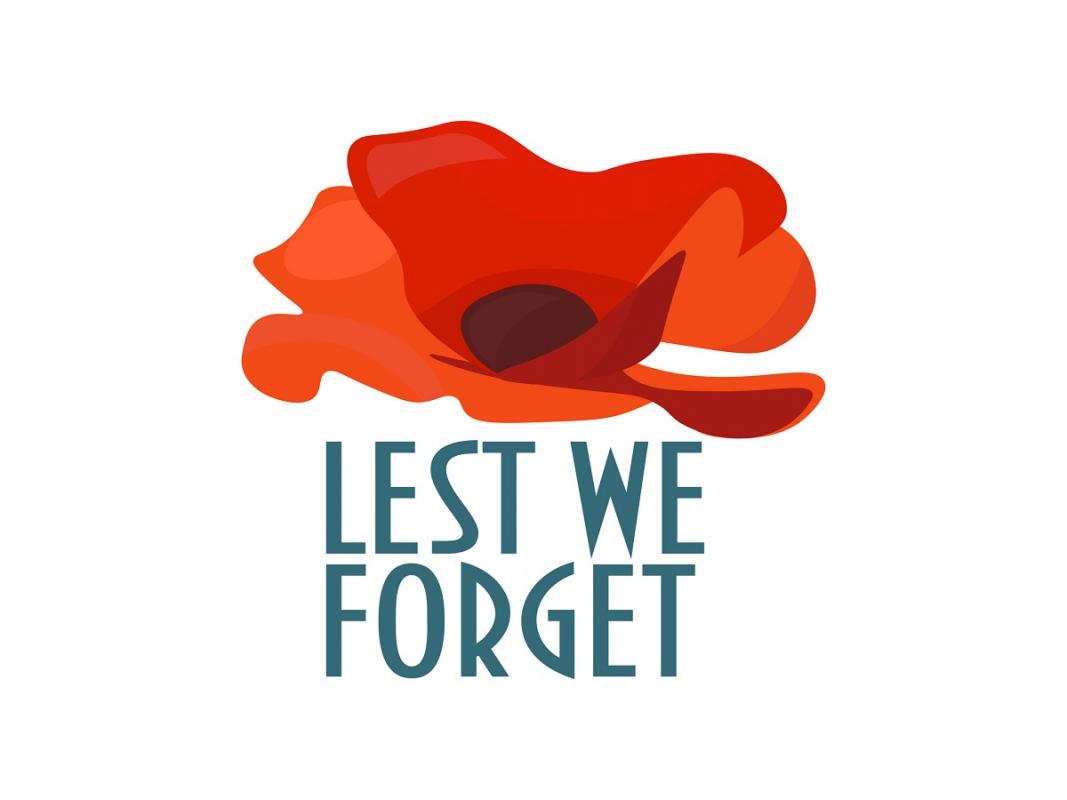 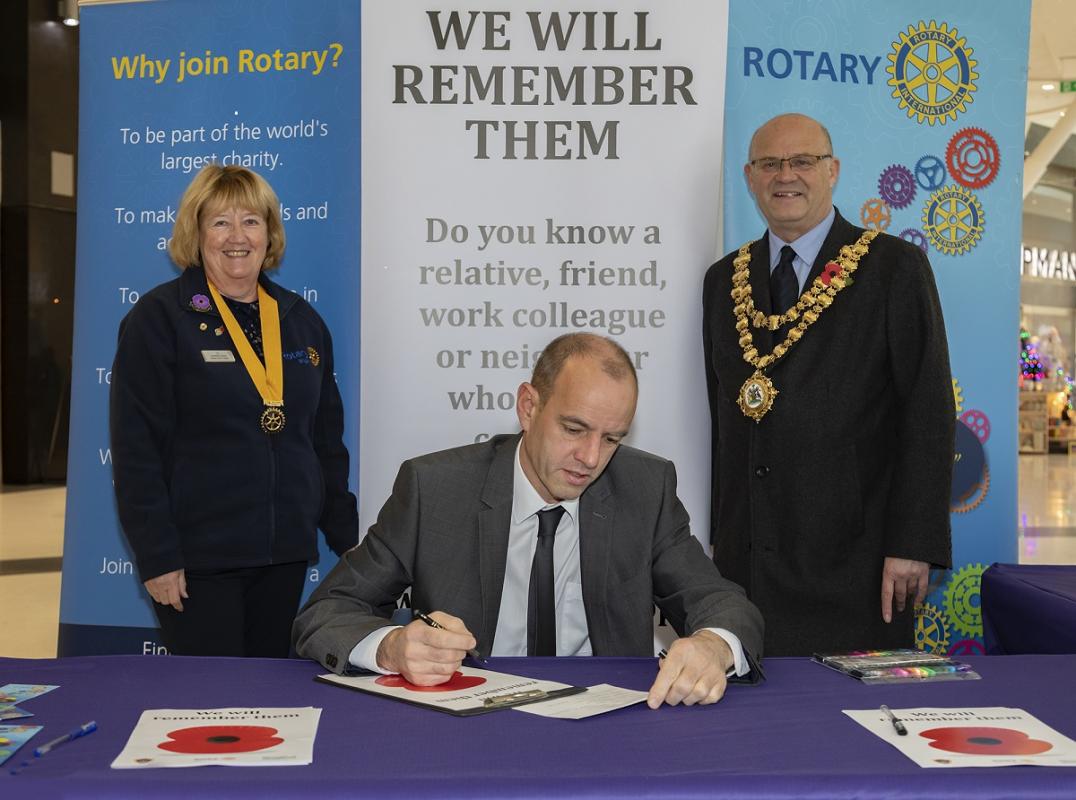 WE WILL REMEMBER THEM

At this time of year thoughts are drawn to those men and women who made the ultimate sacrifice in the line of duty and this year Wigan Rotary Club decided to try and remember them in a more public way.

Rotary President Mervyn Reeves asked anyone who had lost a relative, friend, work colleague or neighbour in conflict to come to The Grand Arcade on the weekend of Saturday 2nd and Sunday 3rd November and write their story on an A4 sized poppy. These will be displayed in Wigan Town Centre this week leading up to Remembrance Sunday so that members of the public can read about the person, how and where they served, and how they met their death. He commented "We hope  members of the public will be interested and humbled by the stories they read."

The initiative received the approval of John Harker the Armed Forces Strategic Manager for Wigan Council and The Veterans Centre who visited the stall along with Cllr. Morgan, lead for Veterans,  and his wife, also a Cllr. to complete poppies.

His Worship The Mayor, Cllr. Steve Dawber and Consort, son Oliver, accompanied by Air Cadet, Joe Roberts and his father, who wrote a message on a poppy, visited The Rotary stall on Sunday.

If you need more information you can contact Wigan Rotary Club on 07813 471000 or email wiganrotary1924@virginmedia.com