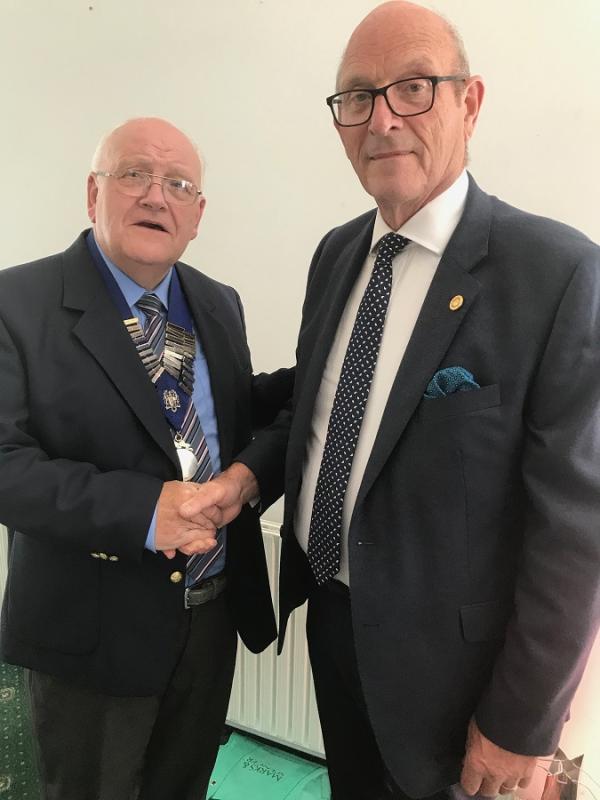 The handover took place at a recent Wigan Rotary Club meeting when Rotarian Mervyn Reeves became the new President.   He told a packed Club meeting that he looked forward to the year ahead as an opportunity to increase the amount of service Rotary Wigan gives to the local Community.

He went on to tell members that his aim is to raise our public profile by meeting as many people as possible through all the public activities the club undertakes and at the same time have fun.  He continued “I know it is going to be hard work, but I feel people recognise that this is a very fulfilling opportunity and that the club will benefit and be a stronger organisation, as it approaches its centenary”.

There are always pros and cons to holding the position of President, but Mervyn, given the opportunity to influence the future, felt would out-weigh the concerns he might initially have had.  He looks forward to an interesting year that he hopes will offer limitless opportunities and with the support of the people of Wigan he feels the Club will do everything it can to support the community, locally, nationally and internationally.