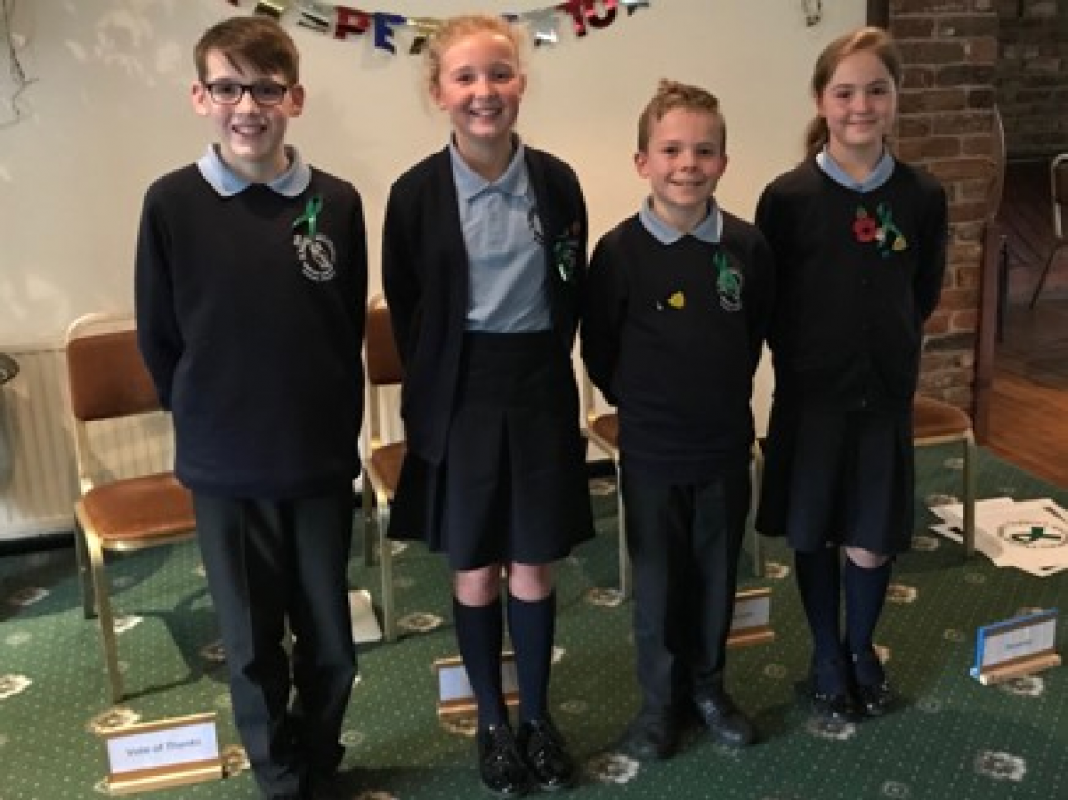 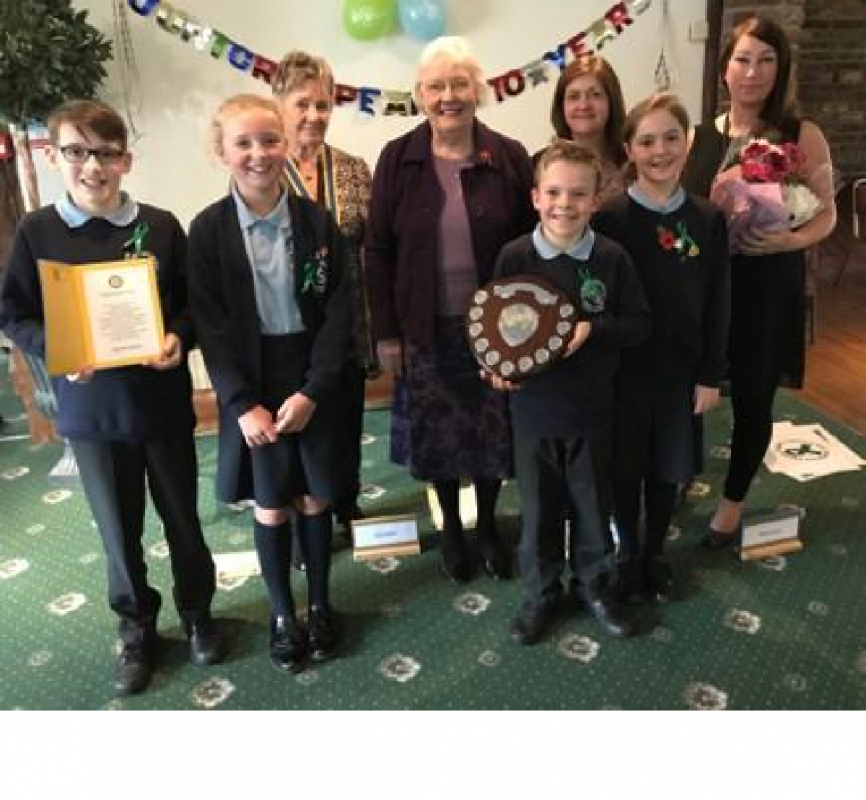 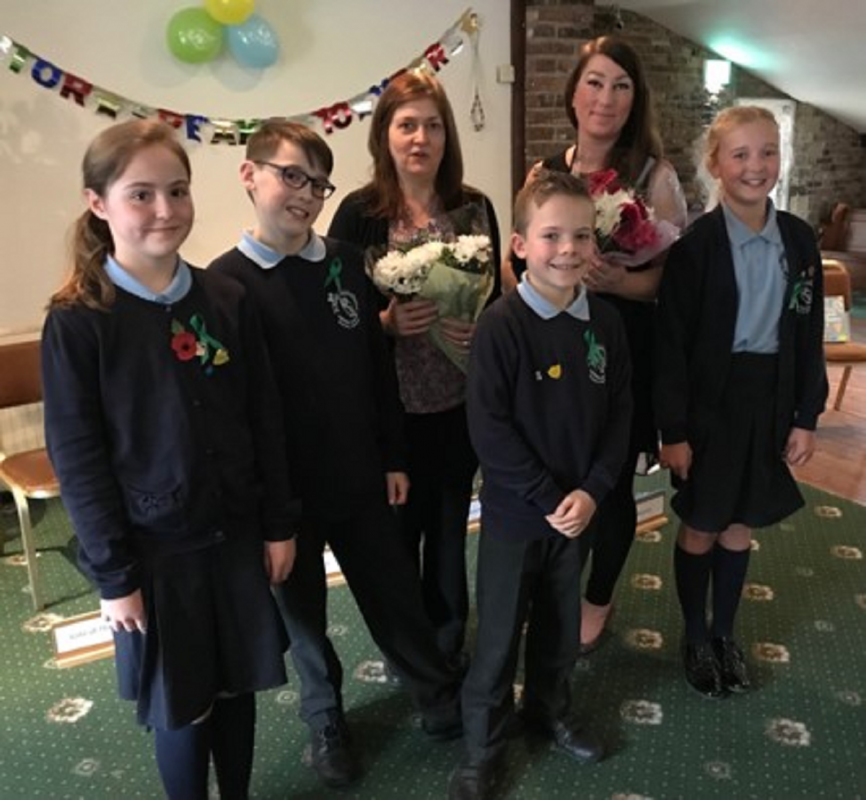 For the tenth year, Wigan Rotary Club's highly popular and much envied annual Junior Speaks contest for Year 6 pupils was held in October with four heats and a final.  It has grown from four schools entering a total of 6 teams when it first began.

The contest is held in line with Youth Speaks with each team comprising a Chair, Speaker and Proposer of the Vote of Thanks.

On November 2nd the winning team, from St Wilfrid's Church of England Primary Academy delivered their presentation on 'Mental Health Matters' to members of Wigan Rotary Club after their lunchtime meeting.  The subject is not one with is readily associated with young people of that age but they put their feelings on the subject across with great maturity and knowledge.

They were presented with the Peter Hoddinott Trophy, by Doreen Hoddinott, in memory of her husband, a former Wigan Rotarian.

President Gwyneth Millard, in her Vote of Thanks, commented on how there had been some scepticism initially about the idea of Year 6 pupils being able to produce such high quality but these pupils had proved them all wrong.