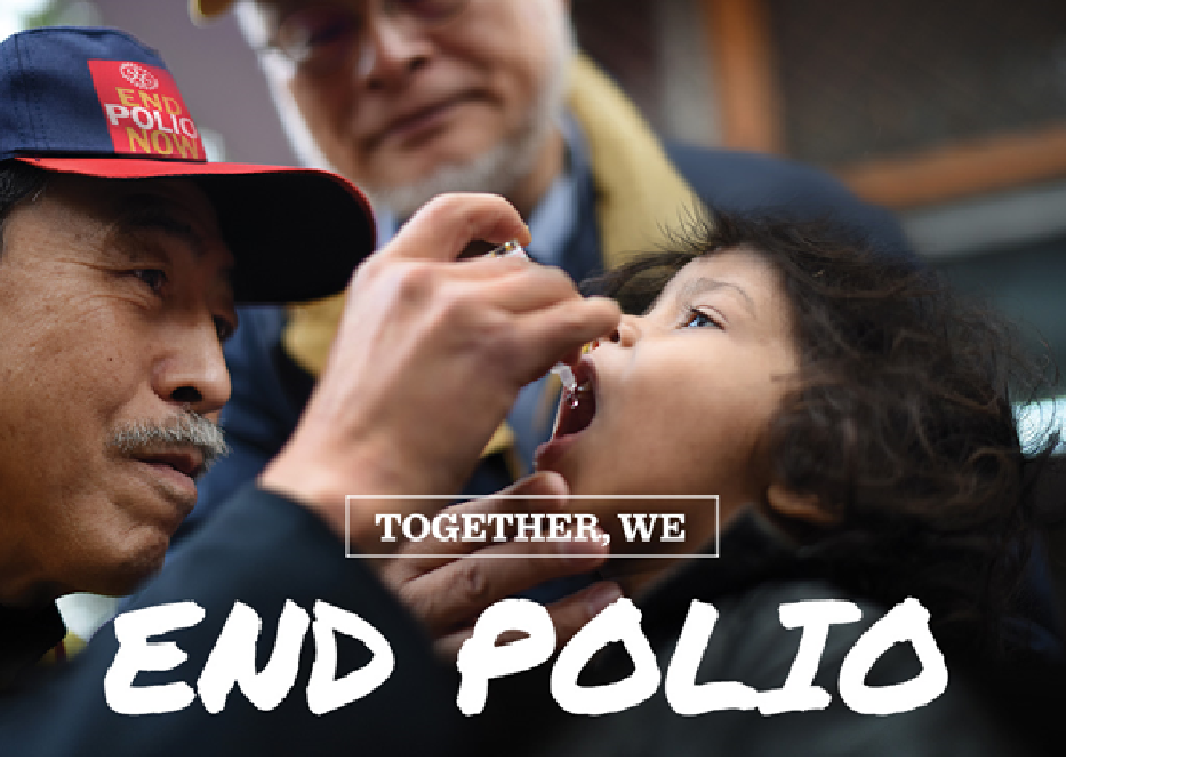 Purple4Polio initiative is one launched by Rotary in Great Britain and Ireland to raise funds and awareness for our efforts to eradicate polio across the world and promote the work of our global campaign, End Polio Now.

Thanks to Rotary, and the support of our partners WHO, Unicef, CDC and the Bill and Melinda Gates Foundation, there are now just three countries still classed as endemic: Pakistan, Nigeria and Afghanistan.