Celebrating 93 years of Rotary in Wigan 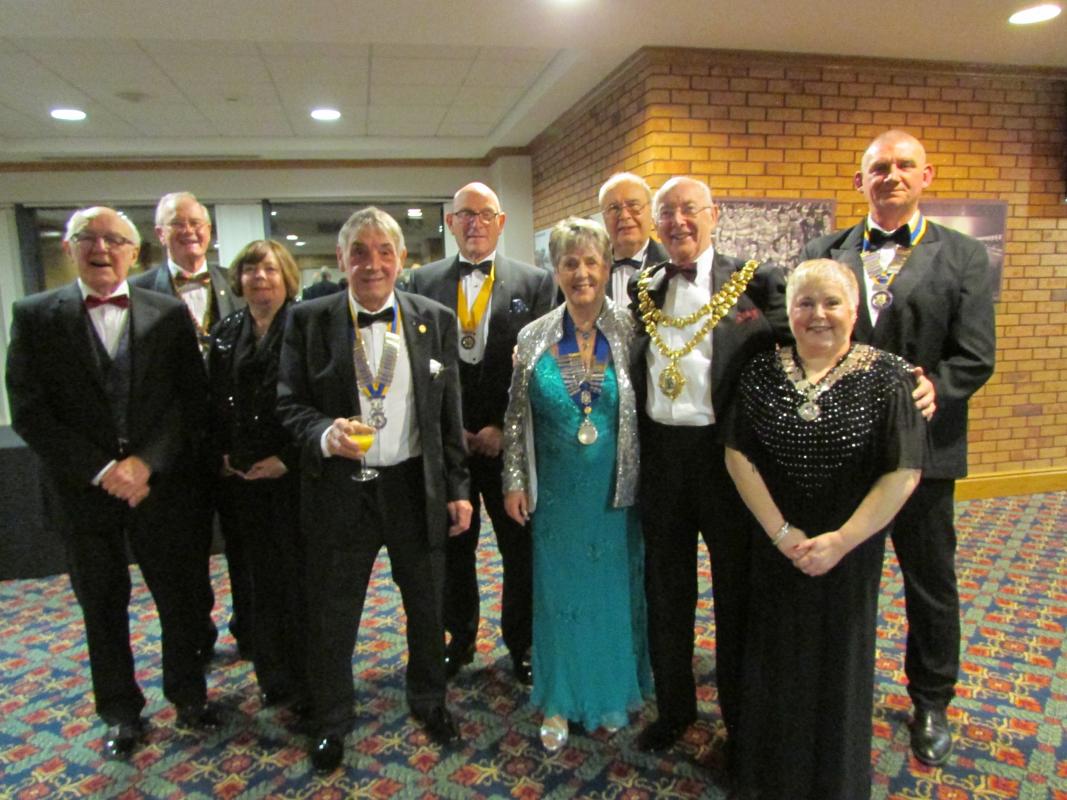 Celebrating 93 years of Rotary in Wigan

The Rotary Club of Wigan held it’s annual 'Charter Night' at the DW Stadium on Thursday 15th March 2018.  The celebration marked the 93rd anniversary of the Charter.  The Mayor of Wigan Cllr. Bill Clarke was guest of honour and joined members of the club, their families and friends together with members of nearby Rotary Clubs.  The guest speaker was Norman Nuttall, a member of Bolton Speakers Club, whose life-long passion has been the Music Hall and his love of that genre shone through his after-dinner performance, his jokes were just what the audience wanted. He had them laughing all the way through. He asked for his fee to be donated to the Bolton Dementia Group.

President Gwyneth Millard, in welcoming everyone, was able to present the Mayor with a cheque to support his two charities, Juvenile Diabetics Research Foundation and Parkinson’s UK, which he was pleased to accept.  She went on to say that the Club had done much to be proud of during the year, with local activities such as the Junior and Youth Speaks programmes, assisting toddlers groups by providing books and taking Young Carers on a day out they would never forget. The Club had forged links with a school in Romania and with the cooperation of the local community helped to build and equip a new science laboratory.  In July, as last year, the club would again organize and host a Community Day in the town Centre, when local community and charity groups can display their wares. These and other groups would once more be invited to bid for financial help at Dragons Den to help further their causes.

All these and other projects are able to be funded through the generous donations made by the people of Wigan when Santa and his sleigh visits streets and supermarkets throughout the month of December each year.

Gwyneth was proud to announce that there were to be recycling bins placed in Wigan Town Centre, bearing the Rotary Logo. This is the first time in its 93 year history that the name of Wigan Rotary Club has had a prominent position in the town.