Wigan Rotary President recently handed over a 25 Years in Rotary Certificate to Bill Badrock and she said ”It was a privilege to present Bill with his 25 year Service certificate on Thursday. If Bill was a car, his service history would fill several log books. Having been a founder member of Wimbledon Village Evening Club in about 1984' (he says) – he moved clubs as he moved jobs”.

She continued by saying “He joined Wigan Rotary Club when he worked in Wigan and Runcorn Rotary Club when he worked in Cheshire. He has been involved in Interact, has been Santa, Charter Night Speaker and member of Council. His passport will also reveal that he has travelled widely during his varied career. He finally returned 'home' to join the Wigan club again in 2008.  His years with Wigan total about 20. His service to Rotary is nearer to 30.  Next year we will mark a remarkable Rotary Career with his 30 year Certificate”. 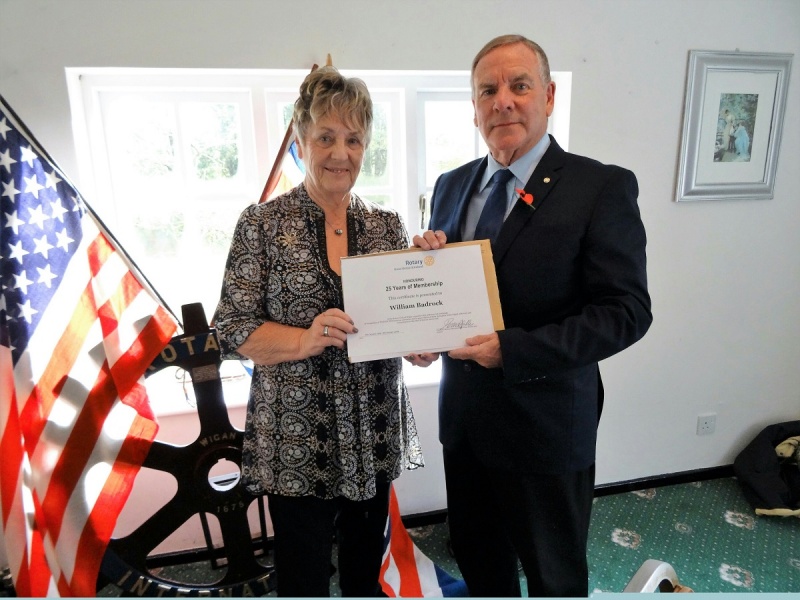