A Special Award for a Special Project 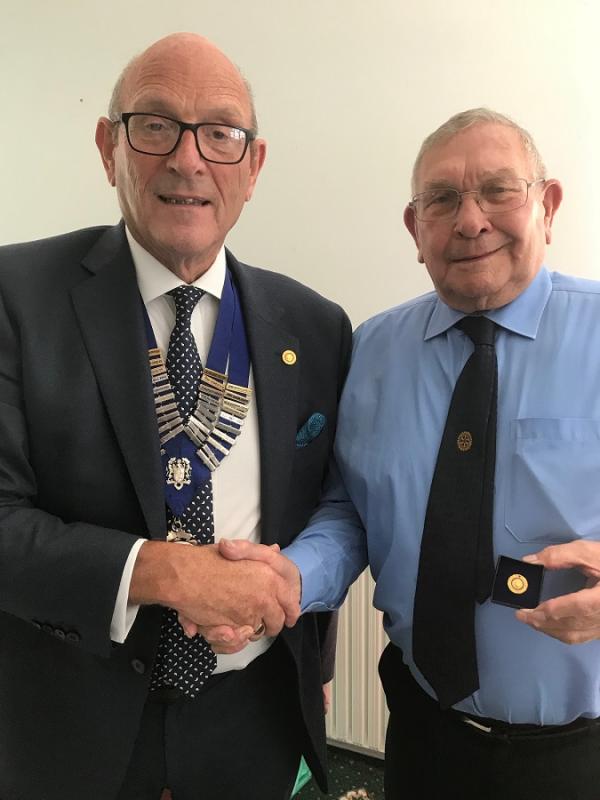 A three year project to build a science laboratory at a school in a small town called Gaiceana in Romania has officially ended.

The work undertaken by Rotary involved converting a classroom into a state of the art science laboratory providing fixtures, fittings and equipment financed by the Rotary Clubs of Wigan in England and Bacau in Romania together with significant support from Rotary International based at their headquarters in Chicago.

The local authority in Romania supported the work by building an extension to the classroom to accommodate a preparation and storage room.  As part of the project, science teachers from Gaiceana have travelled to England to spend time in the science department of Shevington High School.

At a recent lunch John Wright, Immediate Past President of Wigan Rotary Club paid tribute to the work of Rotarian Stan Cooper as the driving force of the project. He said that this ‘was a truly international project, and demonstrated admirably what can be achieved when like-minded groups of people work together with a common aim’.  He continued “to recognise this tremendous achievement by Stan who single handed drove it forward I am delighted to award him a Paul Harris Sapphire Medal.  This is so well deserved”.